ALBUQUERQUE, N.M. – It was October 2021 when chaos broke out on the set of “Rust.” Cinematographer Halyna Hutchins was shot and killed, and director Joel Souza was wounded.

On Tuesday, KOB 4 got a hold of documents that are giving new insights into the investigation and what could come next.

Alec Baldwin was holding the gun when Hutchins was shot and killed. He repeatedly denies ever pulling the trigger.

“The trigger wasn’t pulled. I didn’t pull the trigger.”

“So you never pulled the trigger?” 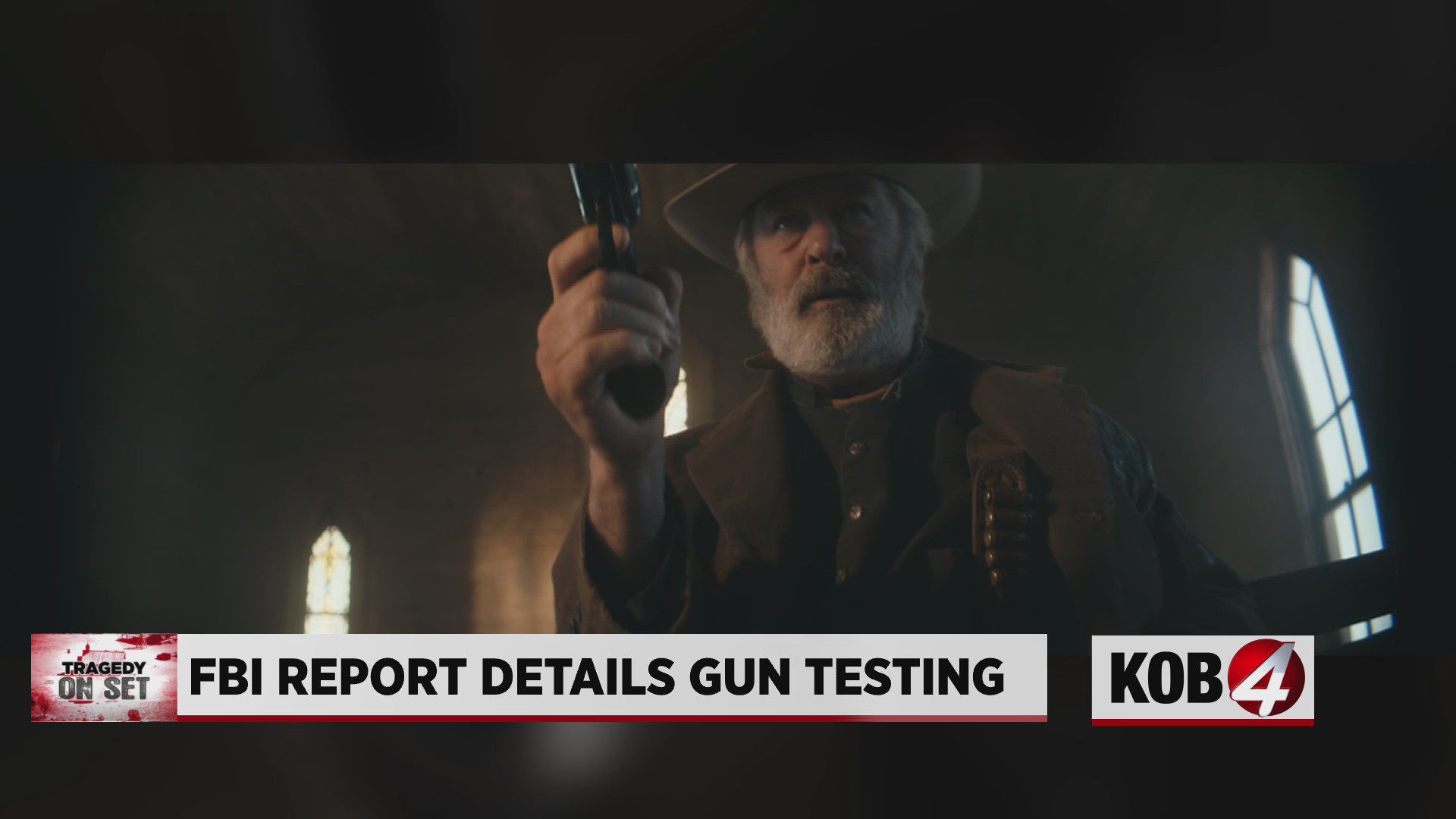 “No no no no. I would never point a gun at anyone and pull the trigger at them, never.”

But a report from the FBI calls Baldwin’s story into question. It outlines tests performed by the FBI to see if they could get the gun to fire without pulling the trigger.

They found it in an uncocked position, it could if the hammer was struck. But that’s not what Baldwin has described happening.

The gun Baldwin was using is designed with three safety positions on the hammer. Without a pull of the trigger, the hammer is supposed to stop at either a quarter cock, half cock, or full cock position.

The FBI says in their tests they were unable to get the gun to fire without pulling the trigger.

KOB 4 spoke with retired APD Commander Paul Szych about what could happen next.

“There is a multitude of charges that can be considered, in this case, a lot of them are going to foundation lane, or per the elements of the crime, hover around the concept of gross negligence, or malfeasance, or something along those lines,” said Szych.

He expects at least one person will be charged and the indictment will go to a grand jury.

“The vast majority of liability falls on the persons who had the weapon in their hand,” Szych said.

KOB 4 also reviewed an autopsy report from the Office of the Medical Investigator. It ruled Hutchin’s death as accidental.

We asked Szych to weigh in on that finding as well.

“So when they’re talking about, you know, this was a, this was a, an accident, they’re speaking to intent, based on what they know, at that time very early in this investigation,” said Szych. “Now, it doesn’t mean that the accidents not a criminal act, you don’t have to have the, you know, the intent. For it to be a crime, you just have to have for these some of these lesser offenses, if you will, for it to be a grossly negligent act.”

There are still questions on how live rounded ended up on set.

In addition to the round fired by Baldwin, the FBI report outlines dozens of rounds of live ammo found on various locations on the set.