FBI warns of increase in cyberattacks in New Mexico

ALBUQUERQUE, N.M. – The FBI is warning businesses and the public about an increase in cyberattacks in New Mexico.

At the Associated Contractors of New Mexico’s annual state convention at Sandia Resort and Casino Saturday, the FBI gave members a presentation on cybersecurity and how to prevent cyberattacks.

“I didn’t realize just how easy it really is, the things that we take for granted, pulling out your phone opening up a Wi-Fi network in a place that you’re not familiar with. They’re right there, they’re there to grab you, they’re there to take what they can take,” said Jim Garcia with the Associated Contractors of New Mexico.

Garcia says he invited the FBI to present at their convention to raise awareness about the risk.

“I think what we need to think about is preventative intervention, what are the firewalls that we’re putting in place? How are we doing the back-ups even at our office, we were able to put a back up on site and then a back-up into the cloud, and then we have checks and balances on that,” said Garcia. 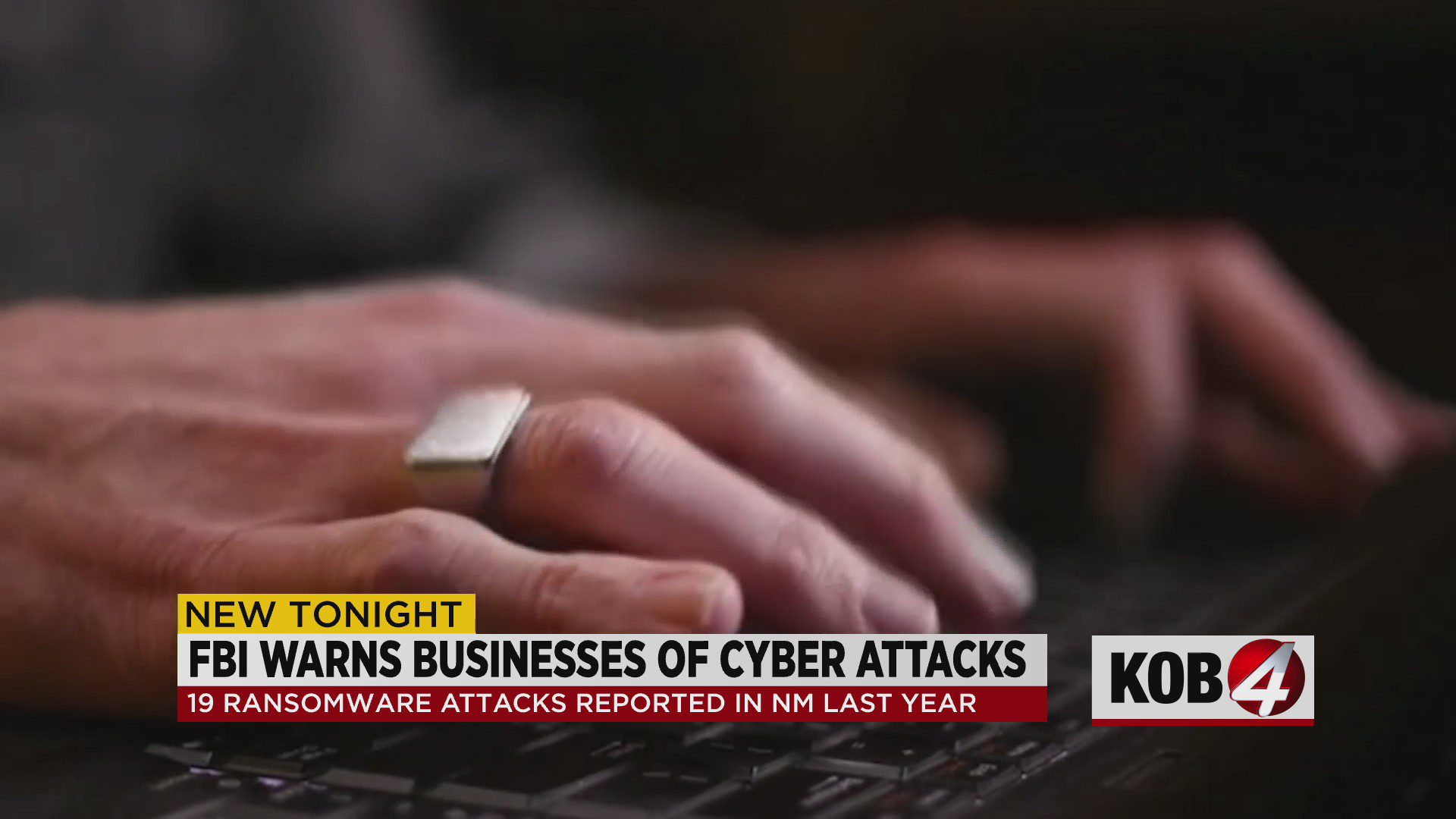 According to the FBI, there were 19 ransomware attacks reported in New Mexico last year, up from just 10 the year before. But the number is likely much higher.

Nationally, the number of ransomware reports increased 82% between 2019 and 2021.

“It’s these threat actors trying to make a dollar and they’re going to do it every single day whether it’s a small business, a large corporation or an individual, because their end result is just to make some money, and unfortunately at the risk and on the detriment of individuals,” said Bujanda.

That same month, Albuquerque Public Schools had to close for two days after the district was also hit by a ransomware attack.

Examples of why the FBI says we all need to be aware.

“Our message here today is once you think you have been attacked or have a possibility you’ve got a call us 1-800-call-FBI, tips.fbi.gov, the sooner that you reach out the sooner that we can get your system back online,” Bujanda said.