Fentanyl on the rise in New Mexico

ALBUQUERQUE, N.M. – According to the Drug Enforcement Administration, the number one cause of death for U.S. citizens, ages 18 to 45, is drug overdose. The drug responsible for a majority of those deaths is fentanyl.

Fentanyl, which is 50 times stronger than heroin, was created by pharmaceutical company Janssen in the 1960s as a pain killer. The DEA said it has become increasingly common on the street in recent years, in pill and powder form because it is cheaper and easier for the drug cartel to make.

“They make millions of dollars with a few thousand dollars of investment and precursor chemicals,” said Carlos Briano, the Public Information Officer for the DEA El Paso Division, which also oversees the entire state of New Mexico.

Briano said most of the time, buyers do not even know what they are getting because the cartel makes fentanyl look like other medications.

“Like Adderall, Percocet, Xanax, Hydrocodone, OxyContin, but they’re not,” he said. “They are fake.” 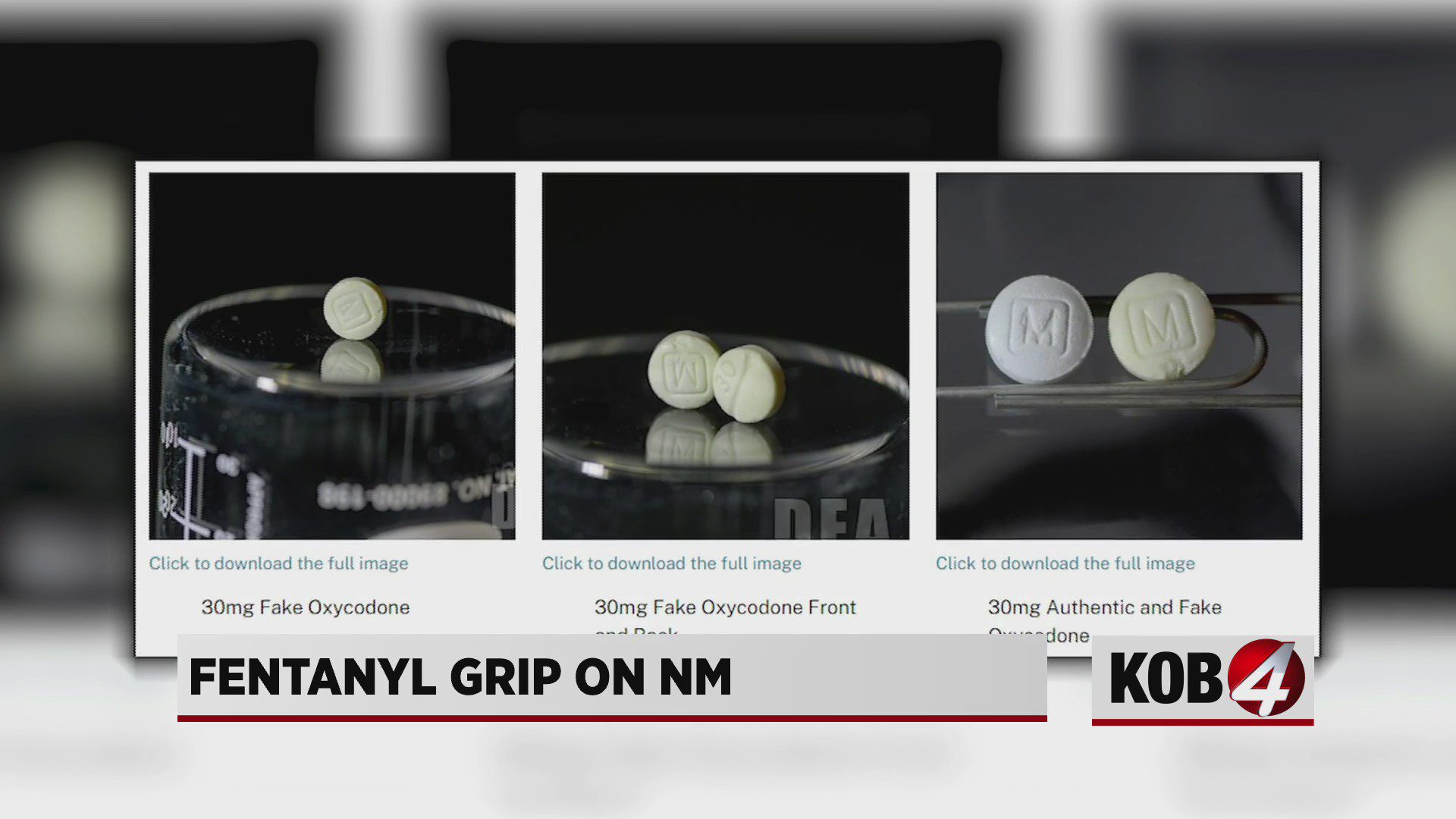 Acting Medical Director of the New Mexico Poison Center, Dr. Brandon J. Warrick, said his patients have struggled to find heroin that does not contain fentanyl.

Briano said the cartel uses this deception to drive addiction.

“If it doesn’t kill the customer, they’re now addicted to fentanyl, so they keep coming for more,” Briano said.

In New Mexico and West Texas alone, the DEA seized 41 kg of fentanyl in fiscal year 2020. Just one year later, that number jumped up to 292 kg. In the most recent fiscal year, agents seized 391 kg.

The number keeps rising, alongside the number of overdoses in New Mexico that are related to fentanyl. Dr. Warrick said the state reported more than a thousand deaths during the pandemic.

“Over 30%, just during COVID and that’s the most dramatic increase that we’ve seen in a one or a two year period of time, with any drug that I’m familiar with in the history of New Mexico,” he said.

The DEA recently released the results for phase three of a nationwide enforcement operation called “One Pill Can Kill.”

“This was a four month operation, where DEA seized over 10.2 million fentanyl pills and almost 1000 pounds of fentanyl powder,” Special Agent in Charge Greg Millard said at press conference in El Paso this past weekend. “Those seizures equate to almost 36 million potential fatal doses of fentanyl.”

During those same four months, the DEA seized more than two million potentially fatal doses in Texas and New Mexico.

“The only safe pill that is safe to consume is one that you got from a prescription from a doctor or a dentist, that you filled at a trusted, licensed pharmacy, and was filled to your name, and you’re going to take it as directed by that medical professional,” Briano said.

He added that anything outside of that could cost someone their life. Just two milligrams of fentanyl, an amount that can fit on the tip of a sharpened pencil, can be lethal.

While many are unaware they are consuming the drug, Dr. Warrick he also sees patients who choose to take it.

“A lot of people actually use fentanyl, just like they would alcohol because they’ve had a bad day, and they are just trying to escape some of the emotional trauma or the emotional pain from that,” he said.

But the high is short-lived, and it is one that many users spend the rest of their lives chasing. Dr. Warrick said fentanyl has a similar effect on the brain as morphine and heroin. As the dosage increases, the brain cannot keep up.

“In the end stage or the severe cases, people are comatose, and they’re not breathing, and that’s when death occurs,” he said.

Dr. Warrick also said fentanyl is six times more likely to kill someone who uses opioids than someone who does not.

If you think someone might be overdosing on drugs, doctors say to call 911, try to keep that person awake and breathing, lay them on their side so they don’t choke and stay with them until medics get there.