OTERO COUNTY, N.M. – The question of whether or not Otero County Commissioner Couy Griffin will be removed from office is still in the air. A judge is expected to rule on a civil lawsuit in September.

In it, they argue Griffin violated the 14th Amendment – writing that Griffin “violated his constitutional oath by mobilizing, inciting, and then joining a violent insurrection.”

In March, Griffin was found guilty of entering a restricted area of the capitol grounds on Jan. 6, 2021.

Griffin maintains he did nothing wrong. 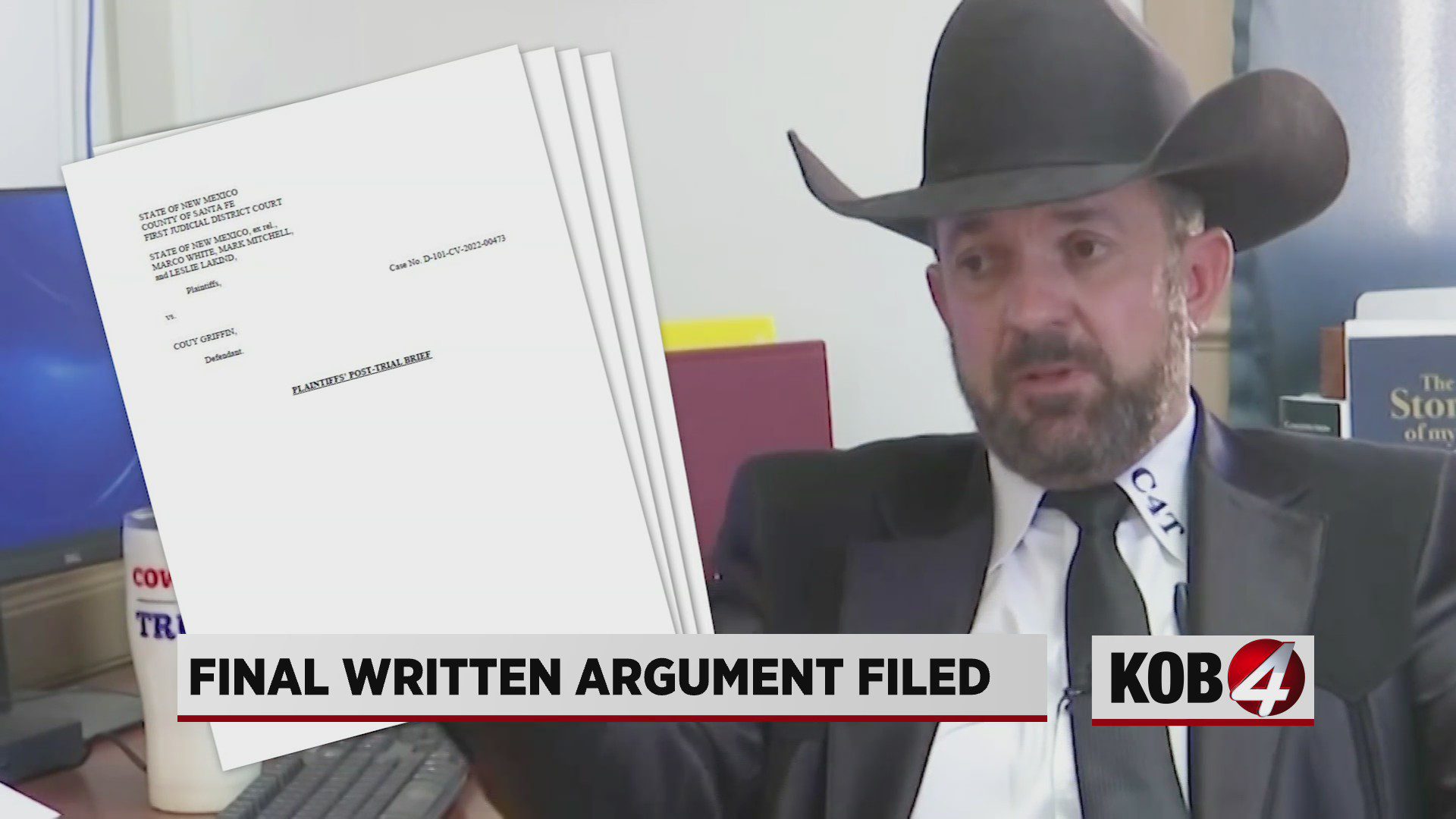 Griffin: “I currently have that conviction under appeal because I don’t think Trevor McFadden made an evidence-based decision on that.”

In their written argument and during trial, the plaintiffs argue that Griffin participated in an insurrection.

Griffin: “They had a public purpose they were trying to stop what they believe was a stolen election, and I saw substation evidence of violence force, and here I do mean and intimidation.”

They also argued Griffin had a role in inciting the insurrection through speeches he made in his role as founder of the group “Cowboys for Trump.”

Griffin: “We’re seeing a lot of them that are turncoats, that are RINOs that are sellouts and I’ll speak directly to them, they’re the first ones that we’re going to hunt down. Those that were the closest to us that turned on us the quickest.”

“You told the assembled people in that parking lot that you were going to hunt down the RINOs correct?”

The plaintiffs argue Griffin should be removed from office and never be allowed to hold office again.

Griffin defended himself in court. He had not filed a written defense yet.

During the bench trial, he argued that he was a peaceful protester…

“Because I had no intention of doing anything disruptive or causing any chaos, I just wanted to go and stand, peacefully, pray with people, and peacefully stand in protest and I thought that that was the people’s house and we could do that.”