ALBUQUERQUE, N.M. — The state Office of the Medical Investigator recently closed the book on the cause of Brett Rosenau’s death, the fifteen-year-old teen who died in a house fire in July.

A fire investigation confirmed it was caused by a munition officers threw into a southeast Albuquerque home during a SWAT standoff.

The official autopsy report says his cause of death was smoke inhalation and burn injuries. It confirms he had burns over 95% of his body, and was found under a bed. It also says the manner of death was homicide, a change from the preliminary report that called it an accident.

“That’s exactly what happened that night. We believe and on behalf of our clients believe this was totally avoidable and APD killed Brett Rosenau,” said Taylor Smith, an attorney for the Rosenau family.

An APD spokesman pointed out it’s not the legal or criminal law definition of homicide. 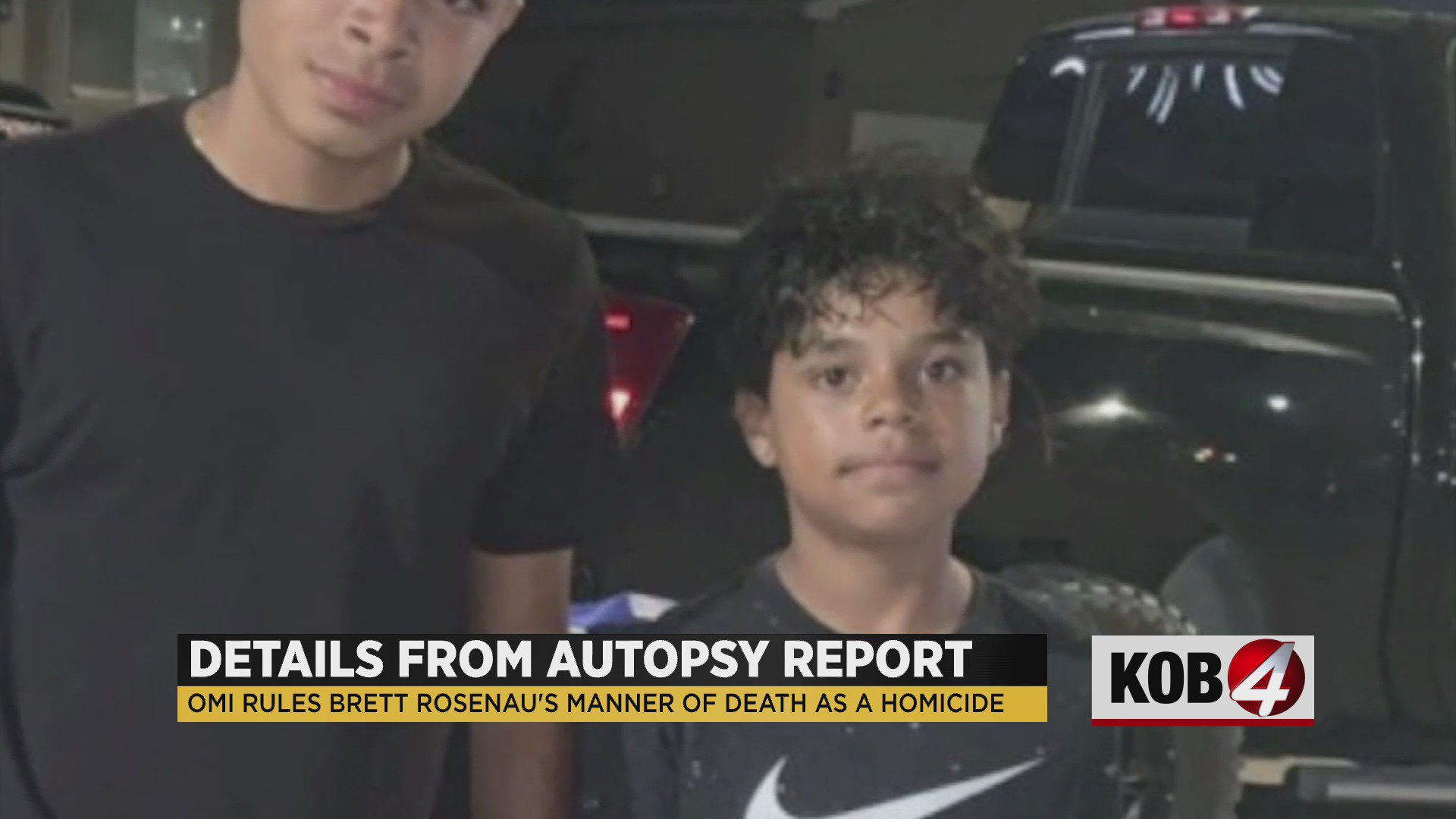 According to the CDC’s medical examiners’ handbook, “Homicide occurs when death results from a willing act by another person to cause fear, harm, or death.”

The official report also reveals Rosenau had cocaine in his system when he did.

The report said, “Given the circumstances, cocaine could have both impaired decision-making and increased the body’s need for oxygen, contributing to the cause of death.”

Rosenau’s family’s attorney also commented on their reaction to the report.

“This is just part of them going through the process of understanding what really happened and so it is incredibly tragic and dark and paints a grim picture of how Mr. Rosenau died,” said Taylor Smith. “Our position is this is completely avoidable and we intend to pursue a wrongful death suit.”

The ACLU also commented on the report, saying, “The release of Brett Rosenau’s autopsy is a heartbreaking confirmation of what we already knew, this was yet another avoidable death of a Black child at the hands of law enforcement. Brett’s loved ones deserve justice, and our community must be assured that those responsible for his death will be held accountable.

Brett’s preventable death is yet another tragic example of an extremely deadly year for law enforcement in our state. His death speaks to the urgent need for comprehensive statewide use of force and munitions policies in New Mexico.”

APD was originally going after Qiaunt Kelley that night, for a felony warrant for violating probation. Police have since charged Kelley with murder in one case, and believe he could be linked to at least two other shootings.