ALBUQUERQUE, N.M. – The New Mexico State Fair will be up and running before the end of the week.

Main Street at Expo New Mexico is quiet now, except for the sounds of crews hard at work, but that’s all about to change.

“Countdowns are over, man, it’s ready to rock and roll. As you can see, everything is setting up, putting the finishing touches on everything. Lots of vendors, concessionaires are moving in. You know, we’re just getting ready for, you know, people September 8,” said New Mexico State Fair General Manager Dan Mourning.

Vendors from fairs in other states are expected to arrive Monday night into Tuesday morning.

“’It’s the finishing touches, you know, and making sure everything is spruced up just right. The grass trimmed perfectly. Everything’s polished up the restrooms look beautiful,” said Mourning. 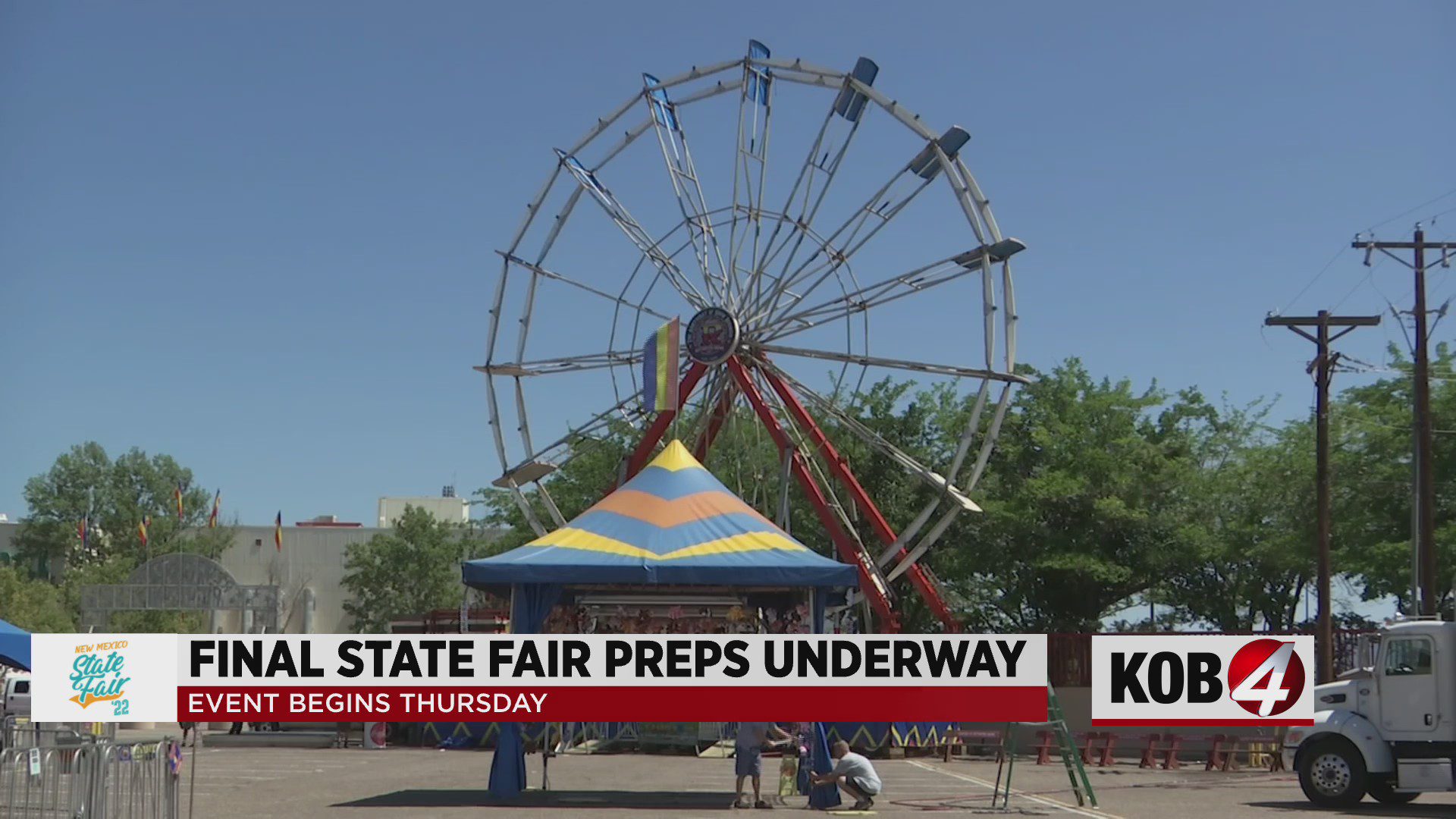 Organizers say this New Mexico State Fair will be the first in three years that’s just like old times.

“The 4H kids and the livestock, FFA kids, they’re all back,” Mourning said.

Not to mention – the food.

“This is no time for diets, this is a time to indulge,” said Mourning.

And there will be some new additions.

“The rodeo is gonna be bigger, better than ever. Some of the best cowboys in the world are actually coming to the fair this year,” said Mourning.

“State police also helps coordinate with my security directors and our partners throughout the state: Homeland Security and fire departments, state fire marshal, BCSO and also APD. Everybody comes together for the state fair as we’re doing these events,” Mourning said. “It’s gonna be the safest 236 acres in New Mexico come fair time.”

With those changes, organizers hope for a bigger turnout than in 2021.

General admission tickets and the Mega Pass are also on sale now.

“The best value is the Mega Pass. $30 gets your admission and all-day unlimited rides,” explained Mourning.

The fairgrounds open at 10 a.m. Thursday.