MORA COUNTY, N.M. — The Calf Canyon/Hermits Peak Fire is the largest in New Mexico’s history and likely the most destructive as well.

For more than a month, the flames have raged in northern New Mexico, forcing thousands of New Mexicans from their homes. But now, it looks like fire managers may be getting a handle on the massive fire.

In an update Tuesday, fire managers say they managed to keep the Calf Canyon/Hermits Peak Fire’s growth to a minimum over multiple days of red flag conditions.

The most continued growth has been on the west-central edge of the fire near Spring Mountain.

“We do continue to have aerial support in those areas, dropping on those active fire areas when we can do that,” said Kyle Cannon, north zone operation chief.

Fire crews are also watching the changing weather and the potential for new fire starts. 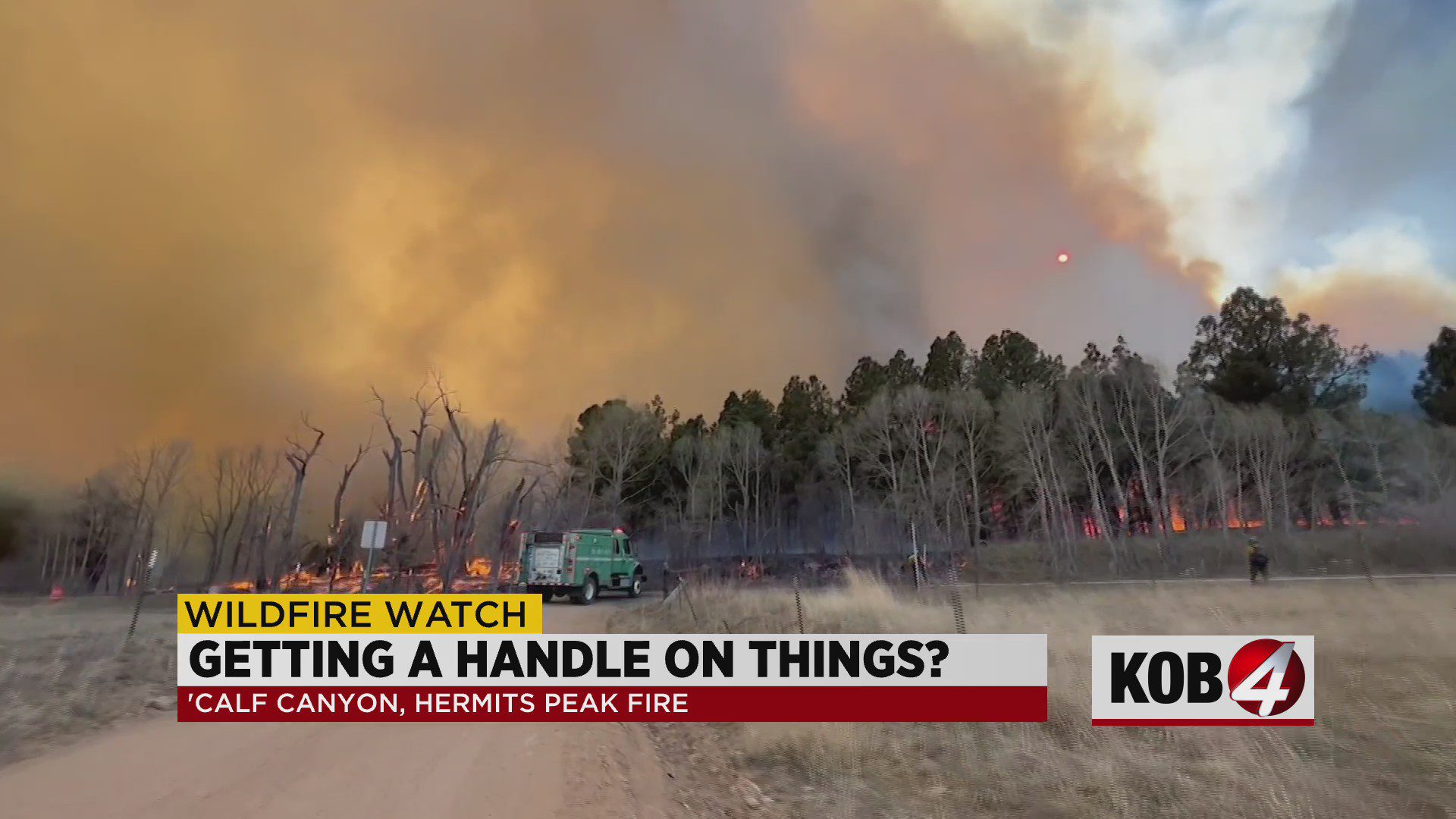 “Starting into tomorrow the pattern is changing with the weather, and we’re expecting increased chance of thunderstorms, and with that in mind, new starts are more likely and we’ll have our personnel ready to assist the local resources in picking up those new fires,” said Cannon.

On the southwestern side of the fire, more New Mexicans were given the OK to return home.

“Communities like we mentioned last night we have allowed, working with the sheriff’s department some repopulation and some of the evacuation statuses to go from a ‘Go’ to a ‘Set’ and from a ‘Set’ to a ‘Ready’ in the lower Colonias and Upper Colonias areas,” said Chester.

Repair work is underway in the south zone, starting at the zone boundary and moving south toward Las Vegas.

After creating containment lines, crews are working to minimize future damage when the monsoon rain comes.

“So like for example dozer lines that have been pushed in. When they pushed that stuff away, they push that stuff back over the dozer lines to help prevent erosion,” said John Chester, south zone operations section chief.