Crews say the fire will get bigger because they are focusing their efforts on protecting homes and other buildings. The Village of Pecos is in ‘Set’ status for evacuations. Residents in nearby Pecos Canyon have already been asked to leave.

Mayor Ted Benavidez says it’s been a tense time for the area.

“Right now we’re feeling a lot better, the people have calmed down a lot. We have tons of fire trucks going through the village in the morning up the mountains. We have tons of resources and the fire has been kept at a minimum, the increase hasn’t been a lot, so that makes us feel better. We’re hoping that we get some rain, that’s what we really need to douse this fire,” said Benavidez. 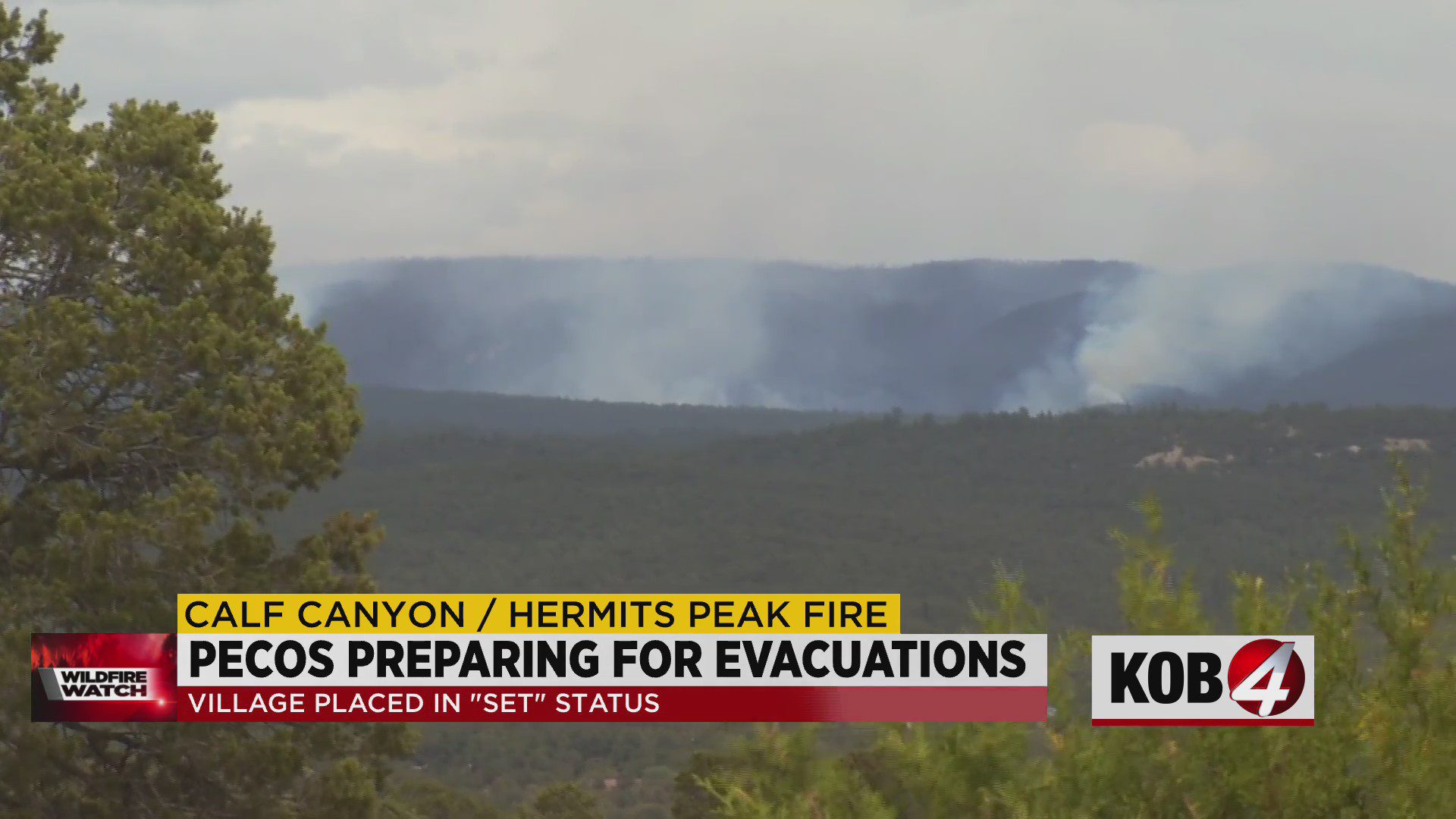 “If it would’ve gotten across the spot right here, would’ve been established, it would have opened up this whole canyon because the winds were coming out of the east, and then they turned right down south and this whole canyon is a line,” said Alex McBath, operation section chief.

Now they’re moving resources to the west side and they’re hoping they can grow containment lines near the southwest corner of the fire over the next few days. The efforts are part of an ongoing battle to fight the largest wildfire in the state’s history. It started over a month ago after a prescribed burn by the U.S. Fire Service got out of hand.

Last week, the Forest Service announced a pause on all prescribed burns for the time being – something Gov. Michelle Lujan Grisham had been asking for.

“I got that news about 20 mins after my meeting with FDA it is the right decision I applaud that decision it is exactly what I asked for we have to take a pause on what we’re doing,” said Lujan Grisham.

So far, the Calf Canyon/Hermits Peak Fire has burned 311,166 acres. It is also the largest wildfire burning in the country.