MORA COUNTY, N.M. – More than 2,000 people are working on the ground and in the air to make more progress on the Calf Canyon/Hermits Peak Fire.

The Las Vegas Municipal Airport is one of two hubs in New Mexico for the Calf Canyon/Hermits Peak fire. The second is on the north perimeter of Angel Fire.

There are seven helicopters using the airport as a base to help make water drops on the flames, now covering just under 302,000 acres.

“This base is the primary support base for the southern portion of the fire,” said Bradley Castle, air support group supervisor. 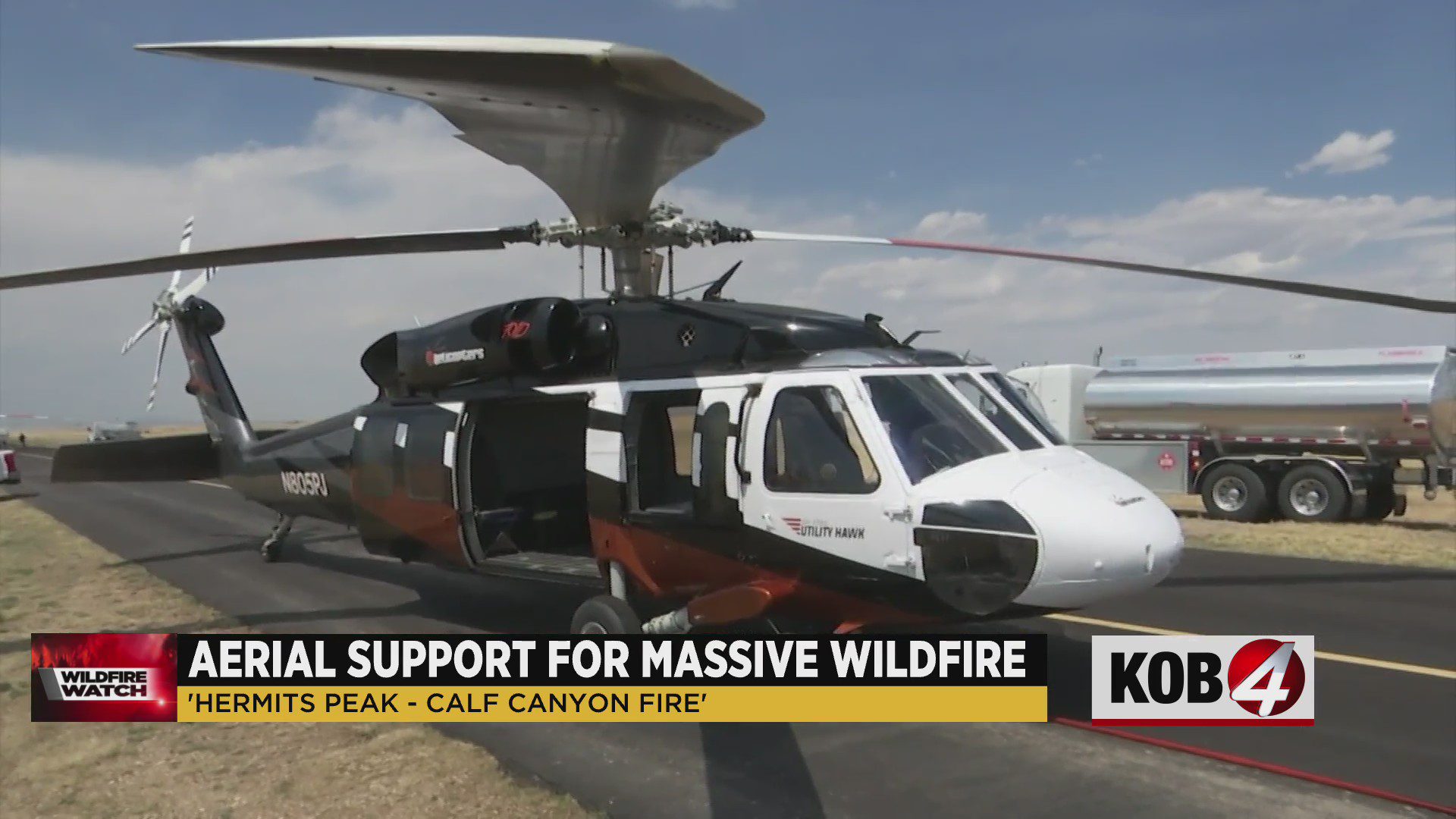 Crews have an even mix of Type 3 helicopters, often used for recon, bigger Type 2, and the Type 1’s a.k.a. the heavy-lifters. A Black Hawk alone can make about 20 drops every couple of hours, carrying up to 560 gallons at a time. Chinooks can carry 2,000 gallons at a time.

“With the historic drought that’s allowed this fire to get so big, it’s such a challenge,” said Andy Gray Southwest Incident Management Team 3.

Fire officials are well aware there isn’t a lot of water to go around in the state–but their number priority is protecting people first and then property.

Officials say the calmer wind Wednesday has been a big help in helping mitigate those flames, but that weather is always subject to change.