DURANGO, C.O. — A fire erupted just a mile and a half away from Durango Tuesday. It has consumed more than 100 acres and remains 0% contained.

However, fire crews have made progress, overnight and throughout the day, by creating fire lines to keep the blaze from coming to town.

This fire doesn’t come without its trials said Brad Pietruszka, operations sections chief on the Perins Peak Fire, “this is just really steep country, the brush is incredibly thick and it’s also very dry so, there are a lot of challenges that are out there right now.”

Despite these challenges firefighters pushed on all last night, “we had a really heavy aviation response including a ton of large air tankers, and numerous heavy helicopters, and really getting some retardant lines around the perimeter of the fire, and what did happen was letting it cool down throughout the night allowing us to get crews in there and construct those control features,” Pietruszka said.

Those early efforts under the night sky paid off, “a combination of the work of our aviation fleet as well as our cooler temperatures and higher humidity defiantly knocked down fire behavior throughout the night, you would have seen some activity high up on the hill,” Pietruszka said. 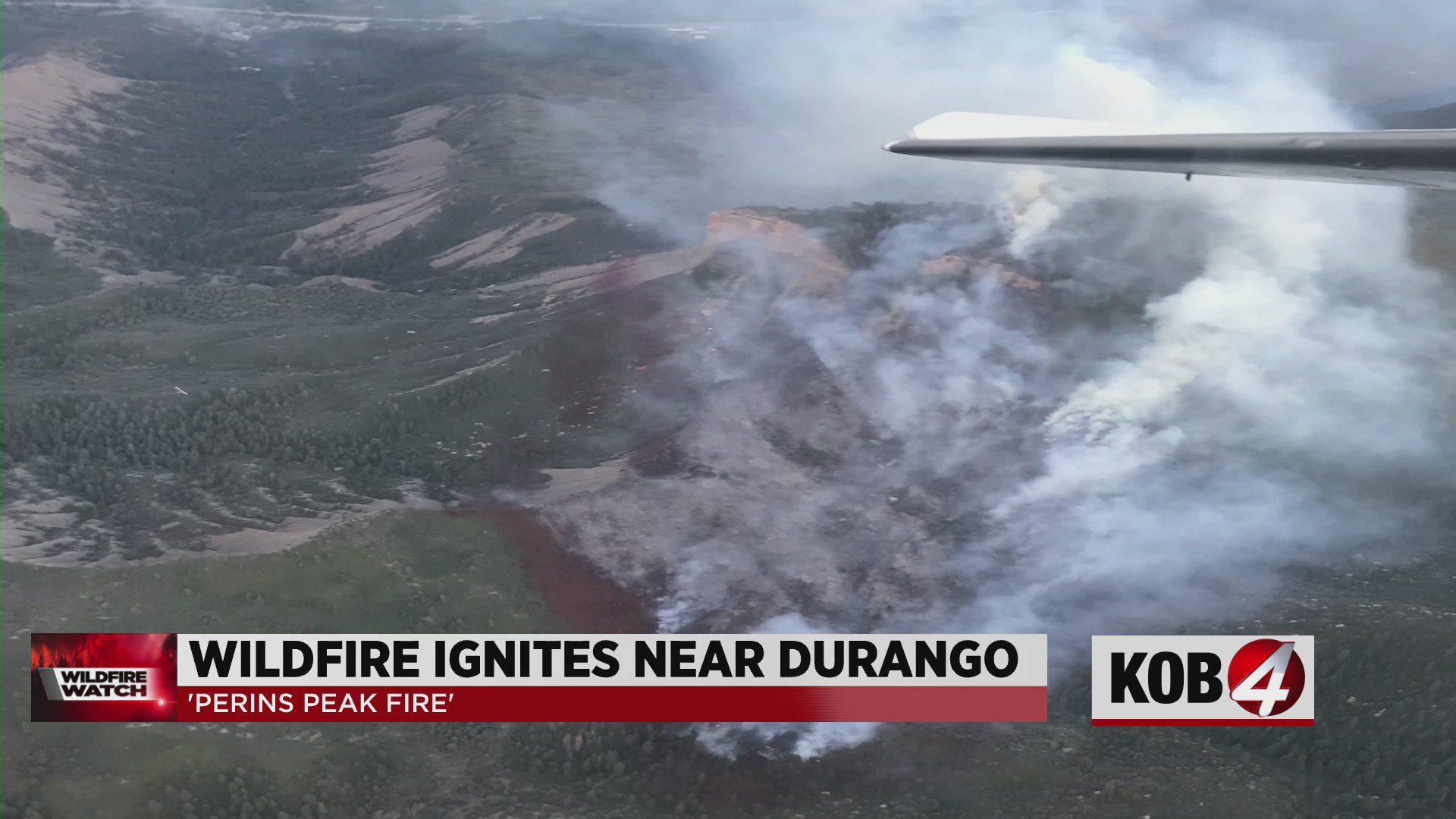 However, they are not out of the woods just yet, high winds are expected to come on Friday, with the chance to push the fire closer to Durango, “it is moving uphill more on to Perins Peak, and we are expecting that throughout the day today as well as tomorrow so, it will basically let the terrain pull it uphill for a while we focus down on the low country in advance of those predicted winds coming in Friday, that could have the potential to turn it around and send it back to the northeast. So, that’s our main concern right now and why we are focusing our efforts where we are,” Pietruszka said.

For Durango residents, the sight of smoke from the streets is a reminder that wildfires can hit close to home, “in this area fires are a pretty dangerous, scary thing, and one that is this close to town naturally worries everybody. I woke up this morning and I heard the reports, this is the first time I heard of one coming this close to town,” Durango resident, Ernest Pappas said.

Pietruszka added that there are 100 people working to contain the fire, but more resources are on the way, so he expects the fire’s containment number to increase over the next couple of days.

There are also no mandatory evacuations as of Wednesday, however, there are pre-evacuations for the Rock Ridge subdivision and county roads 207 and 208.