The service is meant to be a blessing for first responders to keep them all safe, and to thank them for putting lives at risk daily to protect the community.

First responders from almost every public safety group in the metro was there, and they were surrounded by the community members they strive to serve. There were heavy hearts across the room as respect was paid to the heroes lost in the tragic helicopter crash earlier this year.

“It always brings tears to my eyes and it always strikes my heart,” said Daniel Sanchez with the White Sands Fire Department.

For many first responders the sound of a final goodbye always make them tear up. 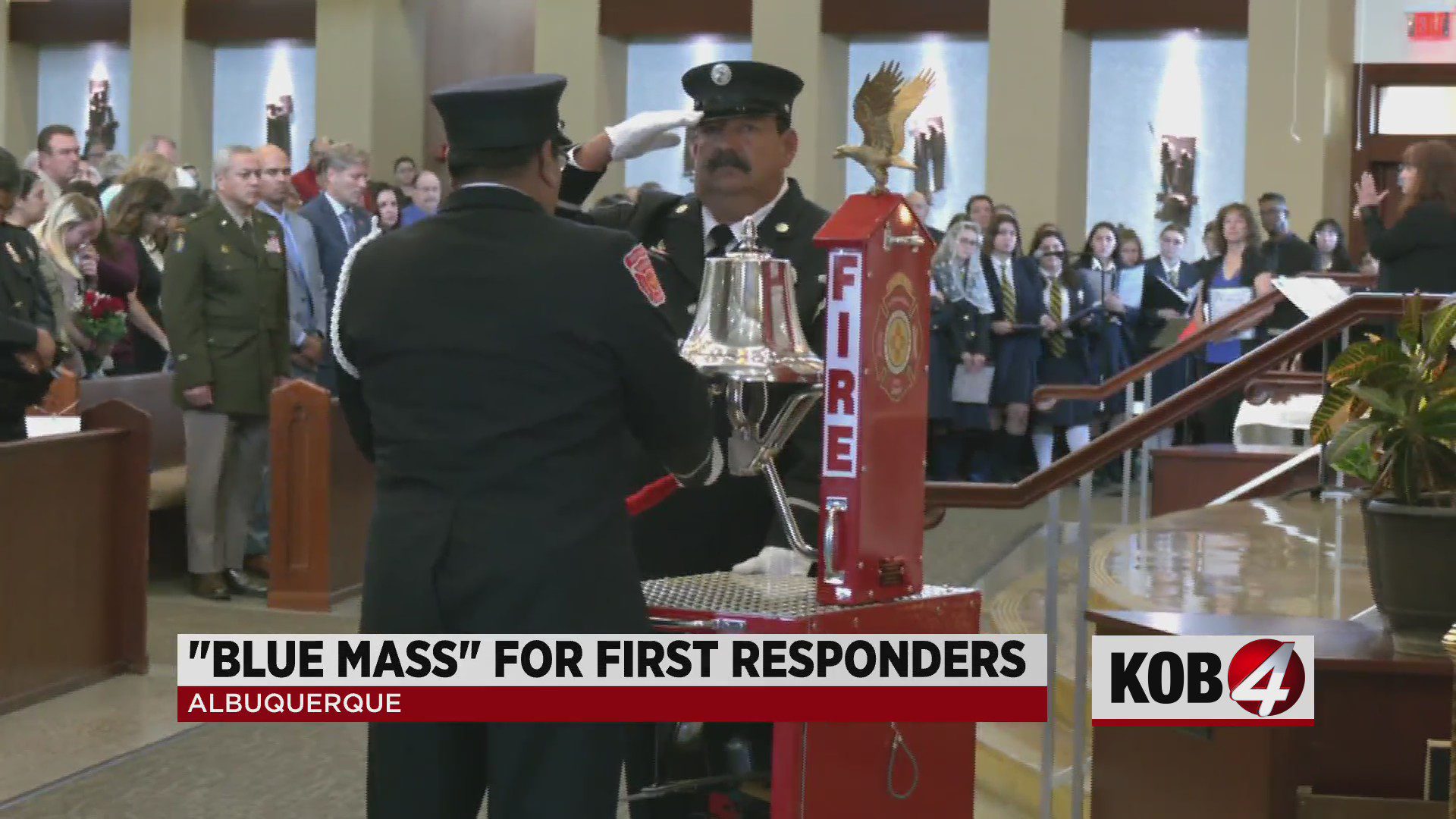 “Well, you know, we were always willing to give everything we asked the people around us and our neighbor and our families. And so it’s nice to come here and be with other first responders and to see the togetherness that we all have,“ said Sanchez.

The annual mass honors all first responders across the metro and it’s sadly been such a devastating year for that community.

“I think it was comforting as it were all the community and all the different communities represented, and I think that they feel that very strongly, as a, you know, as I aforementioned that we all journey with you, you’re not alone,” said Most Reverend John C. Wester archbishop of Santa Fe.

Wester presented flowers to the families of the Metro 2 helicopter crash victims. He says he knows nothing will replace their lost loved ones, but support, and prayers can go a long way.

The tight-knit community came out for the mass, including Bernalillo County Sheriff Manny Gonzales and Albuquerque police Chief Herald Medina.

It was an emotional service for everyone first responder or not. But for Daniel Sanchez, it gives the comfort of community the archbishop was hoping to create.

“So I wanted to make sure I represented my community and the organizations that I belong to,” said Sanchez.