FARMINGTON, N.M. – A team of three Farmington first responders are getting ready to compete in an international race, but this isn’t an ordinary race –  it’s a trip across the Atlantic Ocean on a row boat.

45 teams will row from Africa to the Caribbean in December. The goal of the first responders is not to win, but rather to raise awareness for an important Four Corners cause.

First responders and founders of Guardians Initiatives, are willing to go the extra mile to promote mental wellness for first responders.

“On average, most first responders die by suicide each year than by the risks of the job you know all the training we do tactics wise, yet our mental wellness can be more of a risk to us,” Mark Pfetzer, SJCSO Captain and co-founder of Guardian Initiatives.

To get the word out, Pfetzer came up with something that would make a big splash. 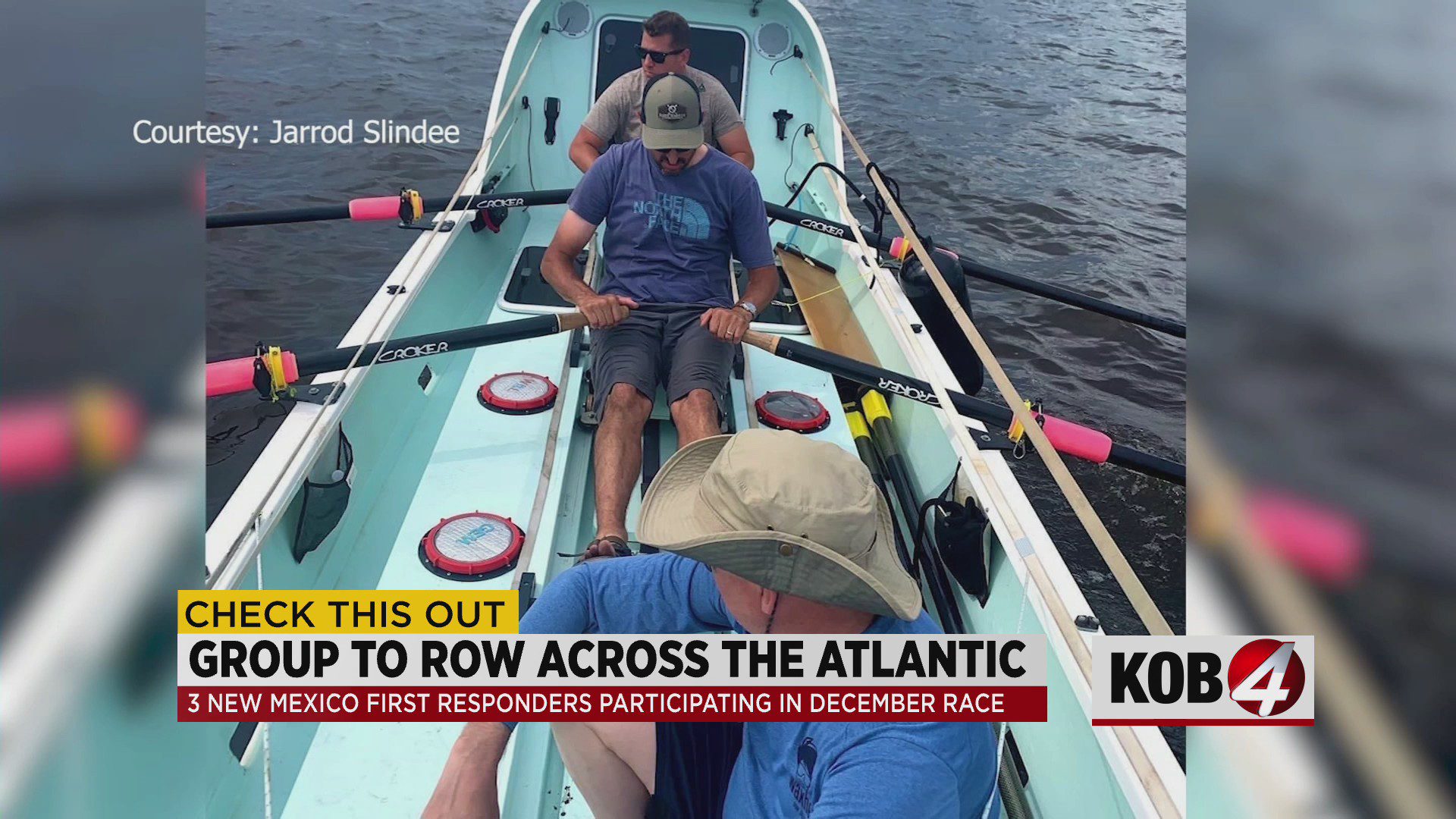 “I learned about ocean rowing years ago, I was reading some books and learned about it and I remember reading and thinking ‘hey that would be really cool,’” said Pfetzer.

Years later that idea resurfaced, and he sent it to his co-worker.

“And said ‘hey you should look at this, this is pretty cool people are rowing across the Atlantic Ocean.’ I looked at it, I initially was like that’s crazy, not sure why anybody would want to do that,” said Guardian Initiatives President and SJCSO Lt. Jarrod Slindee.

But the idea didn’t sink there.

“(I) went home thought about it for a bit and then got pretty excited about it and went to Mark and said ‘I think we should probably do this,’” Slindee added.

Before they knew it, they were training to compete in the Talisker Whisky Atlantic Challenge.

“The race is 3,000 miles across the Atlantic Ocean from the Canary Islands to the Caribbean,” Slindee said. “Everything that we need for this race is on our 28-foot-long rowboat. We’re self-sustained, can’t take on any outside help, and we literally just row across the ocean.”

Pfetzer says those couple months on sea will be hard work.

“We row 24 hours a day so not all of us at once obviously but either one or two guys will be rowing continually on the boat,” he said.

However, Pfetzer added that the real trial of the race will be mental, similar to the difficulties first responders can face.

“Going through each day kind of worried like there is no change, there is no hope, they’re not seeing anything different, We kind of have the same, we are going to be rowing every day each of us, at least 12 hours a day and really for many days we are not going to be seeing a change in anything but through our teamwork through our perseverance, eventually we’ll get to the other side,” Pfetzer said.