The park had to evacuate all visitors from the caves. About 200 people were stranded Saturday night for hours.

An evacuee sent KOB 4 some photos showing cars driving through high water hours after park rangers first ordered a shelter in place for all visitors. 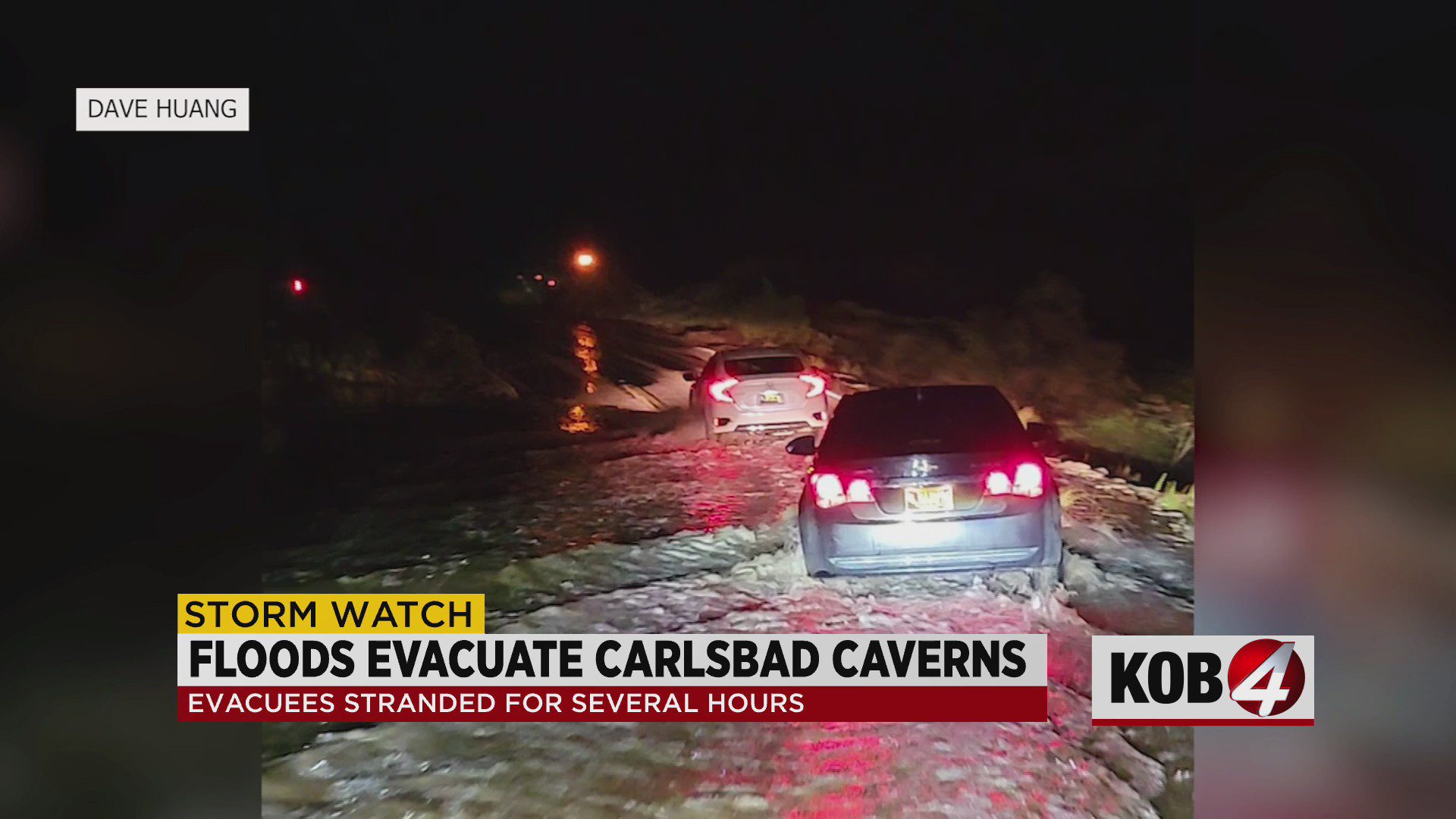 One Carlsbad Caverns visitor KOB 4 spoke to says the experience was not only scary but long. He says they were stuck at the visitor’s center for about eight hours.

“We started touring actually the big, big room– and it was during our tour of the room that we were approached by one of the rangers from behind us that we would have to take shortcuts because you know, there’s a shortcut, right? And we had to take the shortcut, and that’s when we were marched by the rangers straight to the elevator,” said Dave Huang, evacuee.

The shelter in place was lifted around midnight on Saturday. At this point, there are no reports of any injuries.

Carlsbad Caverns will remain closed until further notice, and the area is expected to get more rain Sunday.