ALBUQUERQUE, N.M. — 24 hours after the closure of Coronado Park, new complaints are coming in about others, like Phil Chacon Park in southeast Albuquerque.

Kenneth Trujillo coached baseball at the park for 12 years.

“I stopped coaching because you can’t coach here. It’s a losing battle, and I lost,” said Trujillo. He quit his passion five years ago, and his frustrations with the park have only gotten worse ever since.

“Last week we caught – it was 29 tents,” said Trujillo. “And actually today it looks good, but it’s horrid.”

There is trash, stray needles, and growing encampments steps from Van Buren middle school and a local community center. 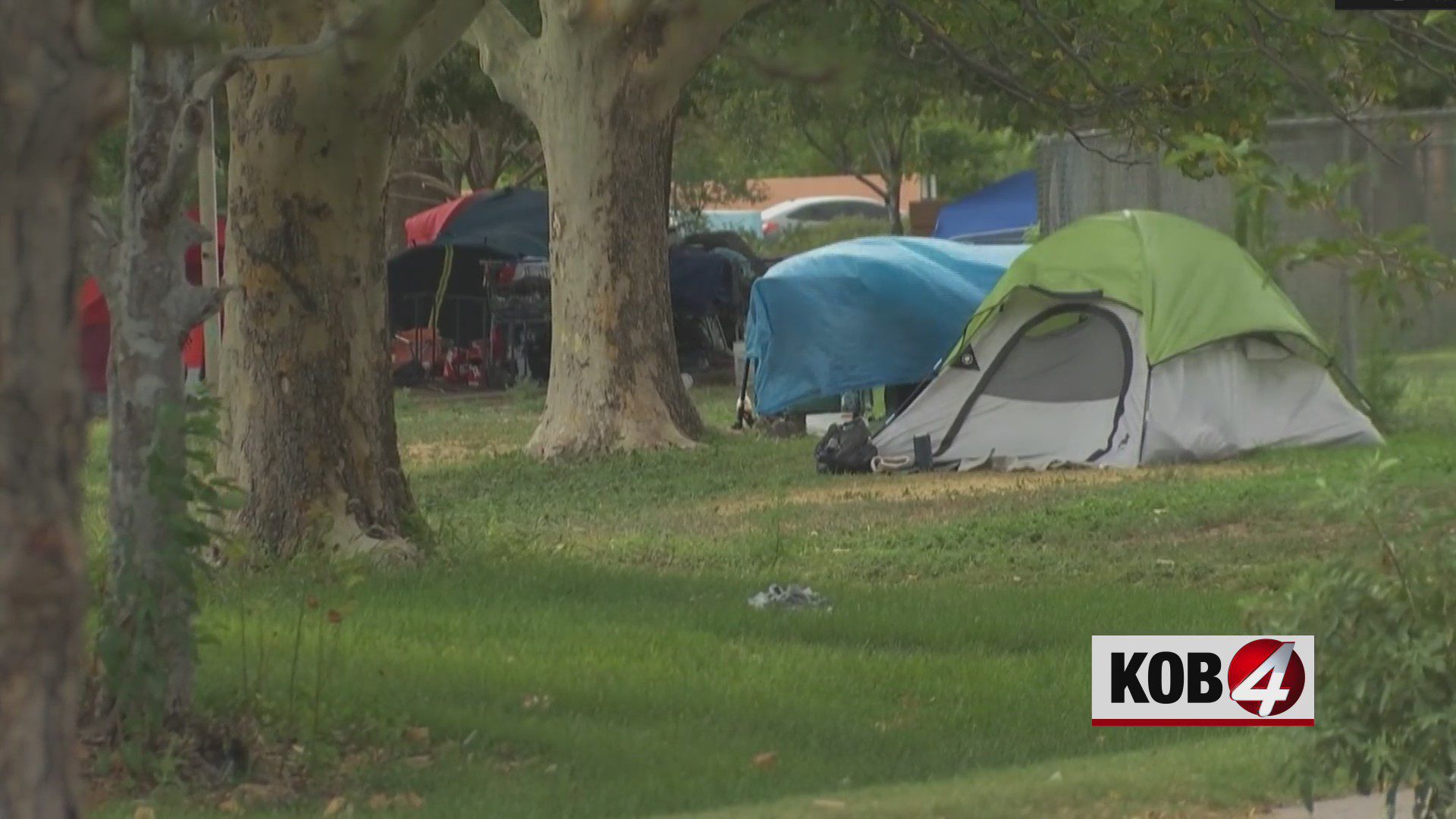 He says he calls 242-COPS and 311 on a regular basis, and says it hasn’t made a difference.

“I’m frustrated, because I’ve done everything you’re supposed to do you know? I don’t know what else to do,” said Trujillo.

Representatives with Albuquerque’s Metro Security Division say more patrols are on the way. Phil Chacon and nearby Wilson park are two of more than a dozen parks the division will pass through multiple times a day. They say parks in the Martineztown-Santa Barbara and Wells Park neighborhoods are also on the list.

Officers can’t arrest offenders, but they can detain them while they wait on the Albuquerque Police Department.

“Zero tolerance,” said Trujillo, when we asked about what he wants to see. “The sign says closed, closed. And at least come over here and see what these guys are doing. You know this van’s been here for two months. We’ve lost.”

A rep from Metro Security also said its jurisdiction is limited to public property areas. They say the Central Avenue corridor, transit turn-around areas, the libraries – all of which are routine patrol areas – are experiencing a slight increase in traffic.