RUIDOSO, N.M – The National Forest Service has restricted access to a local road, due to the potential for heavy runoff from burn scars created by the McBride Fire.

On Friday, the Forest Service issued a closure order for National Forest System Road 120 A, limiting travel on the road to those who live on or own property in the area.

The measure was taken to reduce the dangers presented by loose debris on charred land that could wash down the mountains during heavy rain fall.

“We are going to have a lot of sediment, a lot of debris a lot of potential flooding in that area. So we want to make sure that we keep visitors out of the area and keep it safe for everyone,” said Colleen Urban, Lincoln National Forest Public Affairs director.

The order will remain in place until Dec. 30, though it could be rescinded if conditions are determined to be safe. 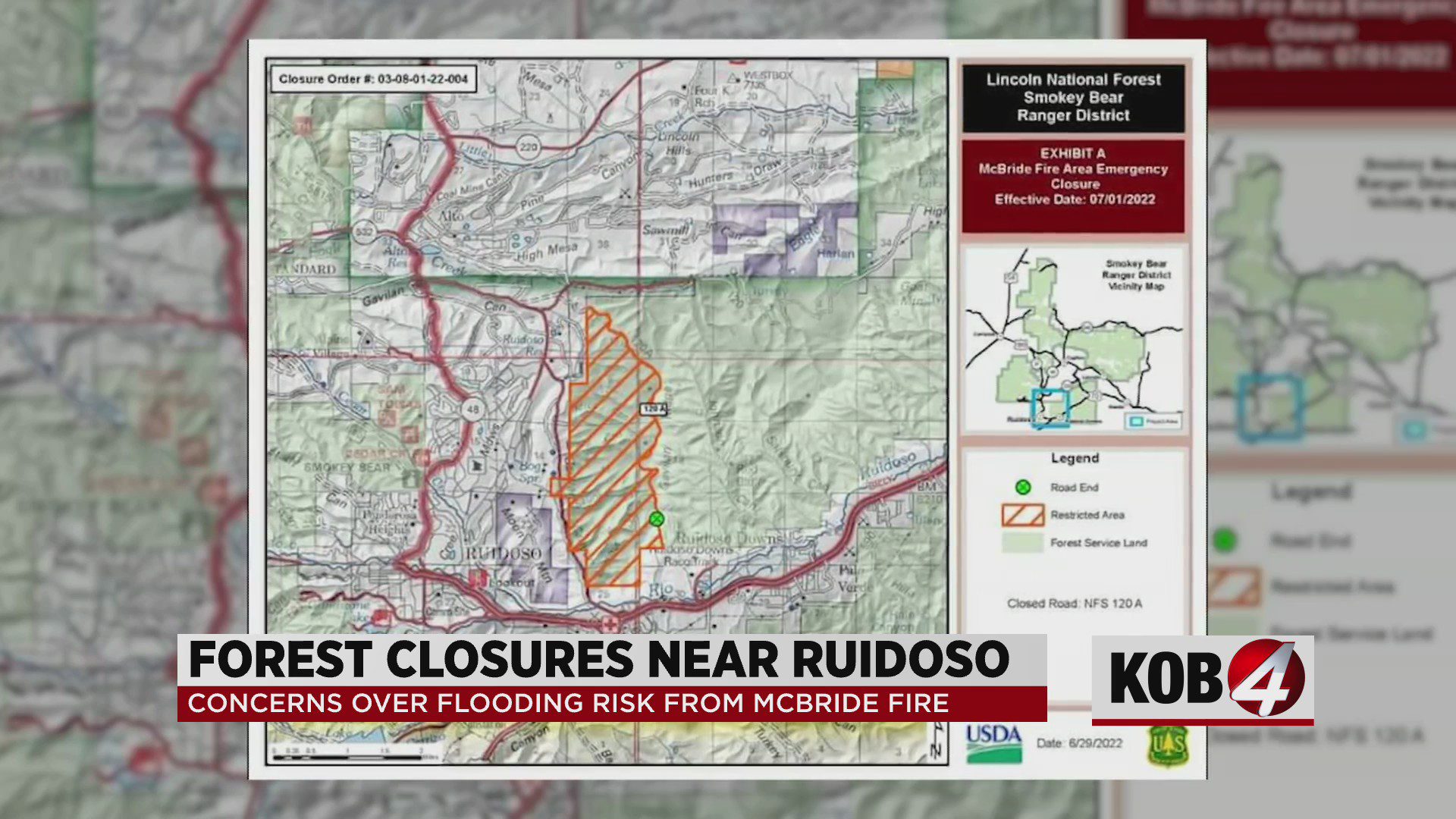 Urban said the order is meant to reduce the number of people in that area and minimize the danger.

More than 6,000 acres were effected by the McBride Fire in April that left two people dead.

And locals in Ruidoso know the damage to a wildfire does not disappear once a fire is out. Those such as Shirley Donaldson from the nearby community of Alto says burn scars also present a challenge.

“I know, that especially in the steeper hills, that is a real problem,” she said.

Donaldson noted that most New Mexico communities don’t have the drainage systems or the soil to handle heavy downpours. As a result, even under normal circumstances torrential rains can lead to flooding.

And while locals hope for rain to reduce the harsh effects of a persistent drought, they know there is such a thing as too much of a good thing.

“I’m hoping the rains will continue to be nice rains and not three inches an hour or something,” Donaldson said.