SANTA FE, N.M. – Forest Service fire investigators have determined that the Calf Canyon Fire was caused by a pile burn from January that remained dormant under the surface before reigniting in April – even after three snow storms.

On April 9, smoke was reported from the vicinity of the Gallinas Canyon Wildland Urban Interface pile burn, which had concluded on January 29. Crews lined the 1.5-acre Calf Canyon Fire and continued to monitor the fire over the next couple of days to ensure there were no signs of heat or flames near the edge.

Ten days later, the Calf Canyon Fire reignited and escaped containment lines. Wind on April 22 caused significant fire spread, and the Calf Canyon Fire merged with the Hermits Peak Fire, which was caused by an escaped prescribed burn. The fire is now the largest in New Mexico’s history.

“The Santa Fe National Forest is 100 percent focused on suppressing these fires with the support of the Type 1 incident management teams who are fully prepared to manage complex, all-risk situations,” SFNF Supervisor Debbie Cress said. “Our commitment is to manage the public lands entrusted to us by improving the forest’s resilience to the many stressors they are facing, including larger, hotter wildfires, historic levels of drought, rising temperatures, and insects and disease.” 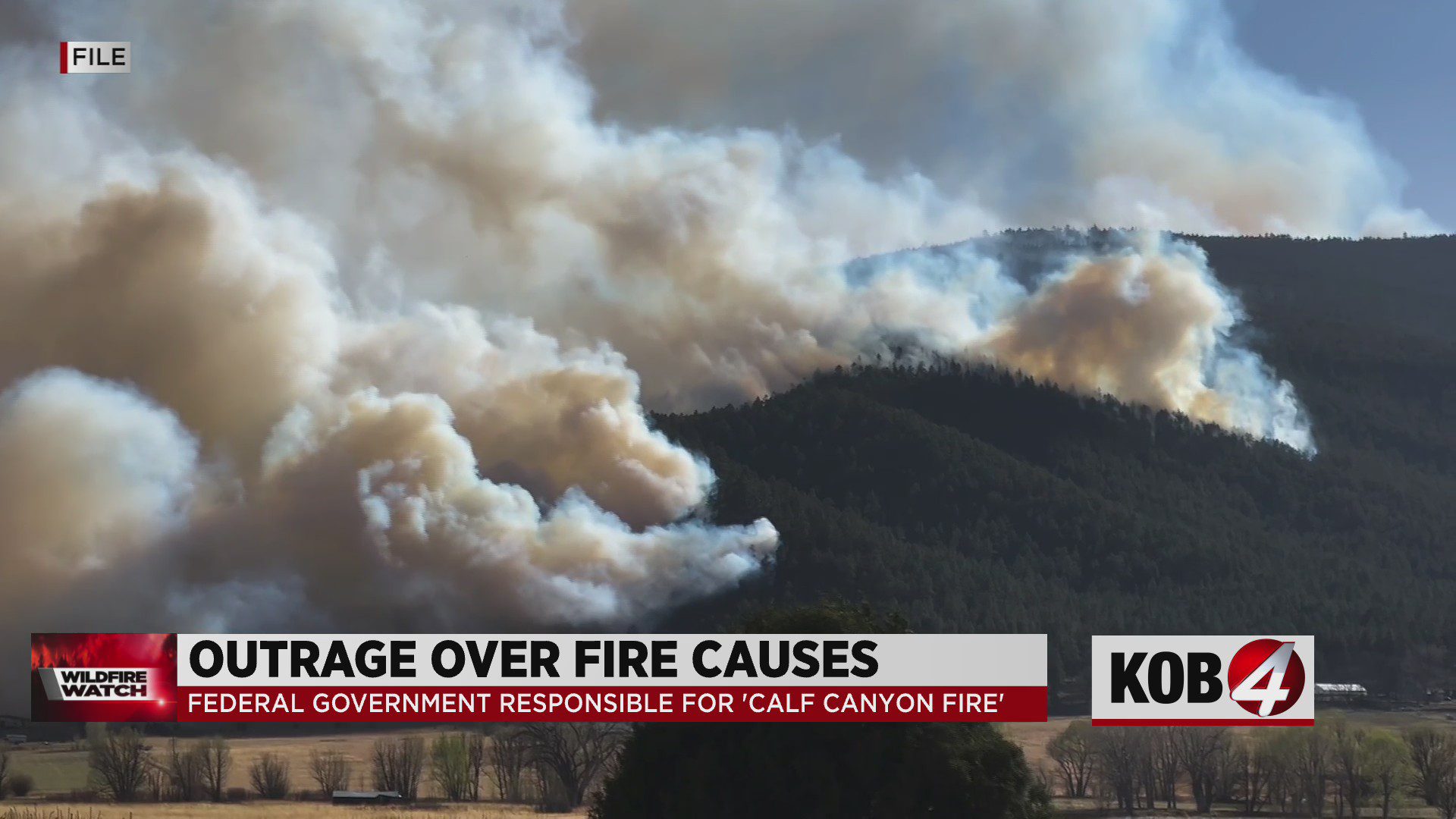 “The pain and suffering of New Mexicans caused by the actions of the U.S. Forest Service – an agency that is intended to be a steward of our lands – is unfathomable.

This is a first step toward the federal government taking full responsibility for the largest wildfire in state history, which has destroyed hundreds of homes, displaced tens of thousands of New Mexicans, and cost the state and local governments millions of dollars. I appreciate the U.S. Forest Service assuming responsibility for the federal actions that caused this terrible crisis.

It is evident that the federal government must take a hard look at their fire management practices and make sure they account for a rapidly changing climate. New Mexico and the West must take every precaution to prevent fires of this magnitude from occurring, especially as precipitation levels continue to decrease and temperatures rise.”

“Today’s new confirms that the Hermit’s Peak/Calf Canyon Fire – now the largest in our state’s history – was started by the federal government. This is unacceptable, and the federal government must take responsibility for its role in creating this disaster and do everything in its power to help New Mexicans recover and rebuild. I will continue making the case for my Hermit’s Peak Fire Assistance Act to strengthen federal assistance for New Mexicans impacted by the Hermit’s Peak/Calf Canyon Fire.”

“The destruction these two fires caused is immeasurable and will be felt for generations. The federal government must take responsibility for the damage both fires caused.”

“These record-breaking wildfires have displaced thousands from their homes and continue to take a costly toll on our forests and communities. New Mexicans are exhausted, frustrated, and want answers. It is critical for the U.S. Forest Service to take full responsibility for its decisions and provide the public with transparency about its actions. Releasing these findings is a first step in that direction.”

There is no doubt that the warming climate is fueling the extremely dry and windy conditions that have made our wildfire seasons so much more dangerous and New Mexico’s forests more vulnerable to these fires. In the face of this new climate reality, we will need every tool available in order to reduce fuel loads and the chances of catastrophic wildfire behavior. But it is also painfully clear that what may have served us well a decade or two ago will have to evolve in these challenging conditions. It is time for the Forest Service to update all their prescriptions and management tools to account for a windier, dryer reality in order to prevent this kind of disaster from reoccurring.

I will continue to secure important investments to make our communities whole from this disaster, support our wildland firefighters, and strengthen critical forest and watershed restoration work.”