ALBUQUERQUE, N.M. – After a delay due to COVID, Alan and Cliff Dils were finally able to hold a memorial service for their brother Loren Dils who passed away last November.

The family and a large crowd of Loren’s friends gathered to celebrate his life and the Loren Dil Memorial Park inside of the UNM Tennis Stadium.

“When you had twin brothers that beat you when they’re eight years old and you’re 16 you don’t play sport anymore,” Cliff Dil said with a fond smile.

Loren had a historic impact on UNM’s tennis program, spending more than three decades with the program. Starting as an assistant coach and working his way up to program director. 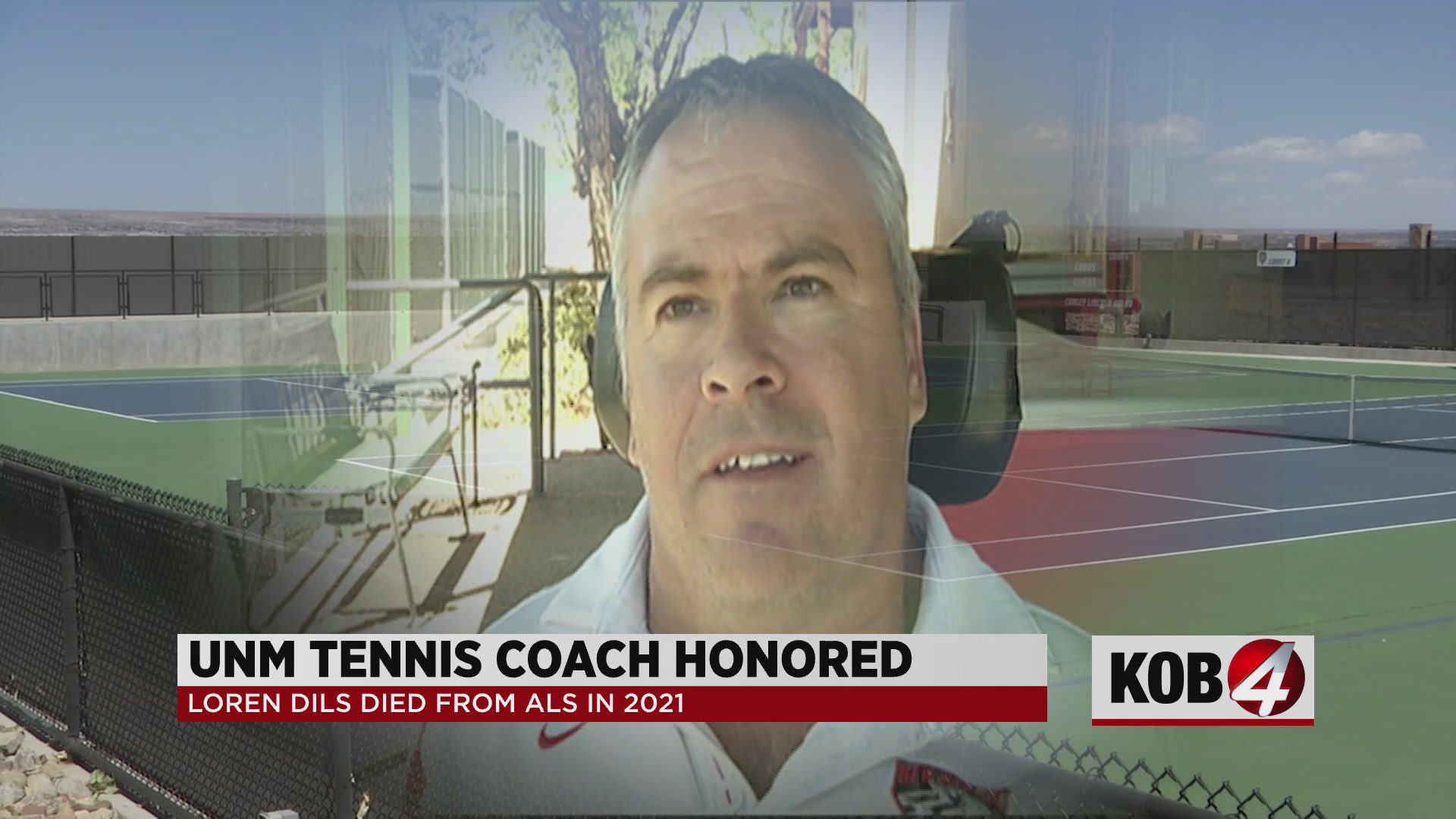 But an ALS diagnosis in 2008 eventually led him to take a small step back from coaching.

“Tennis was one thing that defined Loren but ALS and his fight with it, his longevity with it, his ability to live with it, his life with it, his passion for life even being on a ventilator and being in a wheelchair, I think that legacy probably outweighs the tennis legacy,” his twin brother Alan Dils said.

Loren’s family said he never let ALS stop him from doing what he wanted, and even all these years later, his players remembered the lasting impression he had on them.

This memorial weekend was the perfect time to properly say goodbye to their coach, brother, father and friend.

The family has a memorial fund set up for Loren if you would like to donate.