DURANGO, C.O. – One of the biggest challenges beekeepers are faced with are parasitic mites that make honey bees their host. And although a mite, might sound small, it’s large in comparison to the bee. It would be the size of a bunny rabbit compared to a human.

Tina Sebestyen is the founder of the Four Corners Beekeepers Association, she said their goal is to educate more beekeepers on the importance of looking out for their hives.

Sebestyen herself has been a beekeeper for 15 years, she said it’s become much more difficult now and there’s a reason why.

“Beekeeping has changed totally, it was easy then, you just set up some bees and you came back later and collected the honey and now we have to struggle against this predatory mite,” said Sebestyen.

Sebestyen said for the last 30 years, the disease-carrying Varroa Destructor mite has been killing bee colonies. And bees have become more susceptible to getting sick because of another problem, pesticides in our gardens. 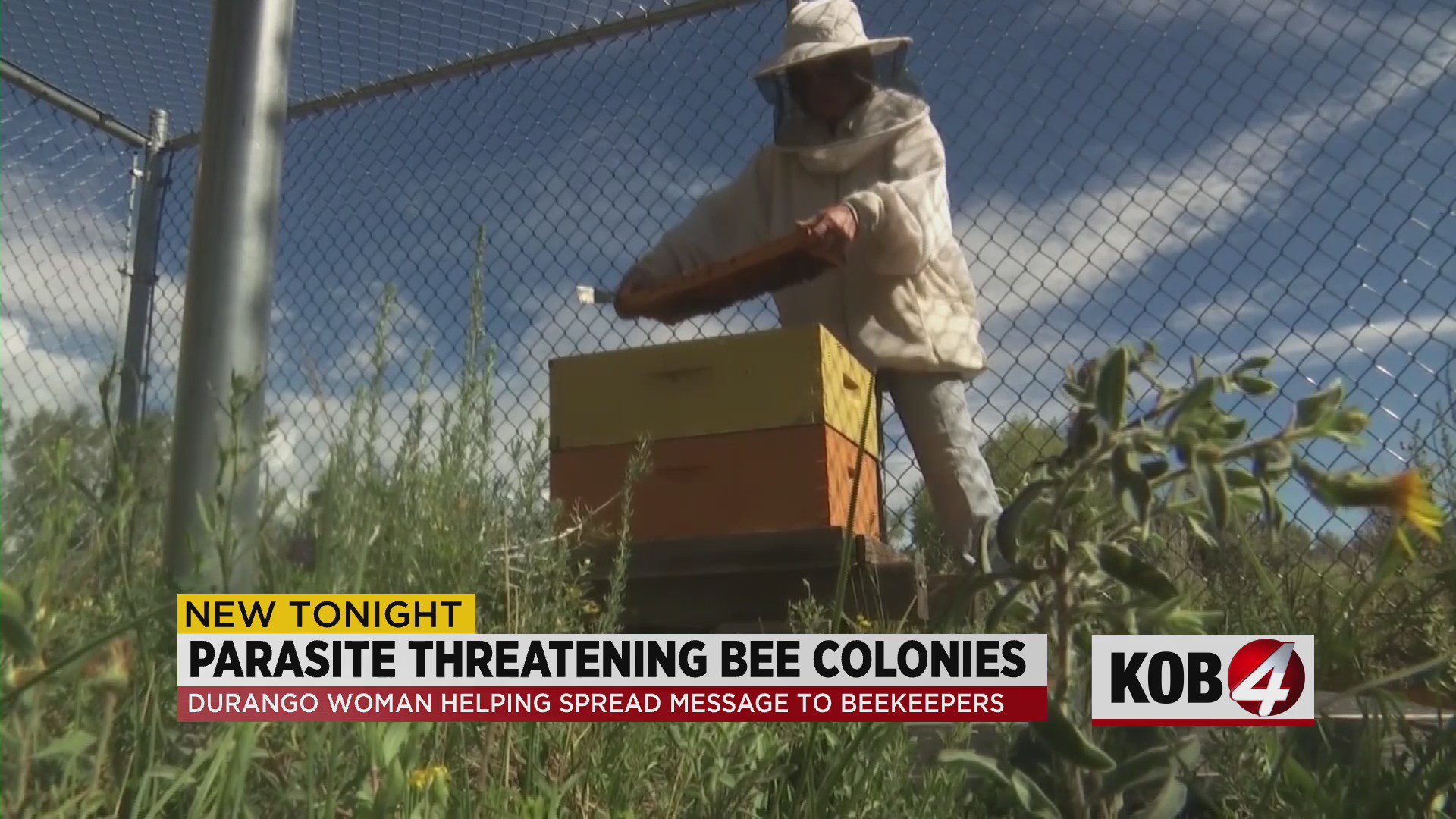 “When the bees goes and collects the pollen from your hanging basket she’s actually collecting poison and she brings it back to the hive and it doesn’t kill the hive outright,” Sebestyen added. “What it does is reduces the bee’s immune systems so that when another pathogen comes along they can’t react to it because their immune system is overwhelmed.”

So Sebestyen and the Four Corners Beekeepers Association have been teaching beekeepers how to keep an eye on their hives.

One of the techniques she uses to help beekeepers identify if their hive is infested is by taking a hive of 300 bees, then gently taking a sample of that population, and putting the sample in some powdered sugar.

She says the mites don’t like the powdered sugar, so when you shake the container the mites will fall off. Then you can return the sample back to the colony unharmed.

Five mites out of a population of 300 isn’t too bad, Sebestyen says, but in the fall if that number becomes six she will have to intervene to make sure the hive stays healthy.

And it’s critical for beekeepers to get an estimate on how many bees in the hive are infected because Sebestyen says, one sick hive can have a domino effect.

Sebestyen adds there are things people can do to help, and one of the ways is to avoid using pesticides on your lawn.