BLANCO, N.M. — Rural areas often face challenges when it comes to getting medical care and that can become even more of an issue in emergencies where every second matters.

US Highway 64 is depended on by the communities in the Four Corners.

“Especially during Monday through Friday because you have the industry, they serve the oil and gas industry out there,” said Brent Hamilton, the San Juan Regional AirCare Supervisor. “A lot of boating traffic and recreational traffic.”

It’s also a remote area, with a significant amount of emergency calls

“There were 61 calls for air care in that area within the last year. For our area, that’s extremely high,” said San Juan County Search and Rescue Fire Chief John Muller. “People tend to travel at high speeds, always because it’s not a lot out there. It’s out in the open so there are significant accidents out in that area. We have a lot of bad trauma calls.” 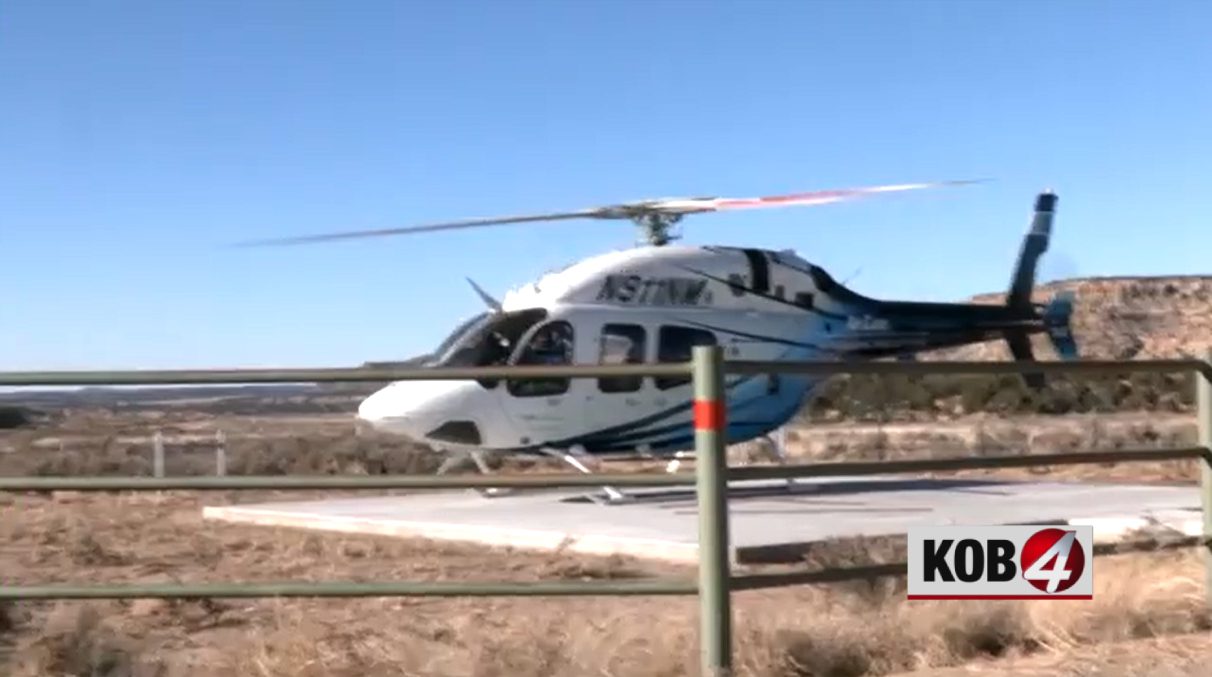 Some of those air support calls can be tricky, too.

“Landing in the highway or different roadways or sites that are unsecured is sometimes challenging and can be less than optimal in the middle of the night,” Hamilton explained.

“We had the land donated to construct a helipad,” Muller said. “Got a bunch of volunteers to help clear the land, after the land was donated, a bunch of people to help set up the forms for the concrete and got money donated by a local oil field business.”

Now, help to this area is just a short and safe flight away.

“We can land safely, take care of patients and then it will help the access for those patients to the hospital to get to treatment that they need, as much as we can in a timely fashion,” Hamilton said.