GALLUP, N.M. – New video shows the aftermath of an April 1 senior prank at Gallup High School. This comes as students involved had their disciplinary hearings with the Gallup McKinley County School District.

“The decision was handed down that my daughter and my son were to be long term suspended until the end of the school year,” said Marsha Spencer, the parent of two GHS seniors.

During her daughter’s hearing, she said the district presented videos and pictures.

“They did have all the evidence on the table of her pictures, and pictures of the incident on April 1,” said Spencer.

In a recording of a hearing for another student Tuesday, Gallup High Principal Tammy Hall said it took a while to assess all the damage. 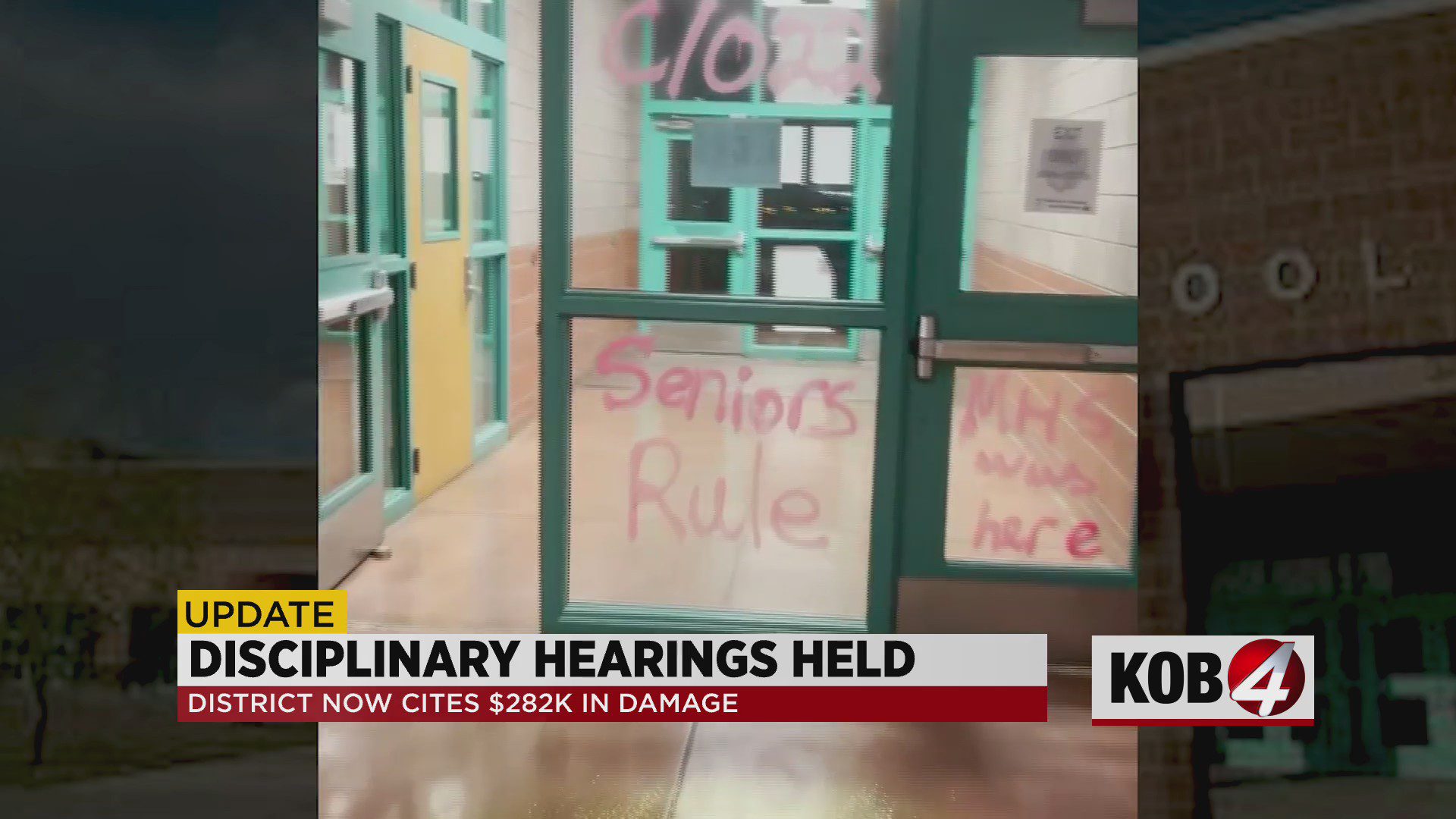 “As the investigation went on, after the mess was cleaned up, and after we saw things that had been done, we started doing more investigation as far as what kind of damage was done to the school,” she said.

The original police report filed on April 1 did not list a dollar amount for damage, but an updated report, filed last week, cites a new total of $282,499. That includes $257,099 to re-key the entire building. During Tuesday’s hearing, district officials also said a quote to refurbish the damaged concrete floor at the high school is $9,876.

One mother argued the district’s evidence against her child was insufficient. She claims police were not called until several hours after students left, and a custodian walked through the school.

“As you can imagine, hundreds of hours of video was watched to identify everything,” she said. “That did not happen in one day. It took time to get everything done. So with that, we have given you two different notices of hearings, the students have been able to go back to school. That’s why we’re here now.”

The district moved forward in its decision to suspend Healy’s son through the end of the school year as well.

The superintendent of GMCS has spoken to other news outlets about the prank and the district’s decision-making process, but his office did not respond to a request for comment from KOB 4.