Gallup family stranded in New York after ‘Blizzard of the Century’

ALBUQUERQUE, N.M. – The death toll nears 30 Tuesday night in Buffalo, NY as snow continues to fall. Authorities report dozens of people have been found dead in cars, homes and snowbanks –some even died while shoveling snow.

A New Mexico woman said she is experiencing the historic blizzard firsthand while visiting family for the holidays.

“They have not had a blizzard like this since 1977,” Jenna Fiedler said during a Zoom interview from her in-laws’ home just outside of the city.

Buffalo’s mayor recently called the storm the “Blizzard of the Century.”

“The amount of snow that is on people’s roofs it’s ridiculous– it’s actually making roofs cave in,” Fiedler said. “Fatalities come into play with people just getting stranded in the streets and their cars getting covered in snow.” 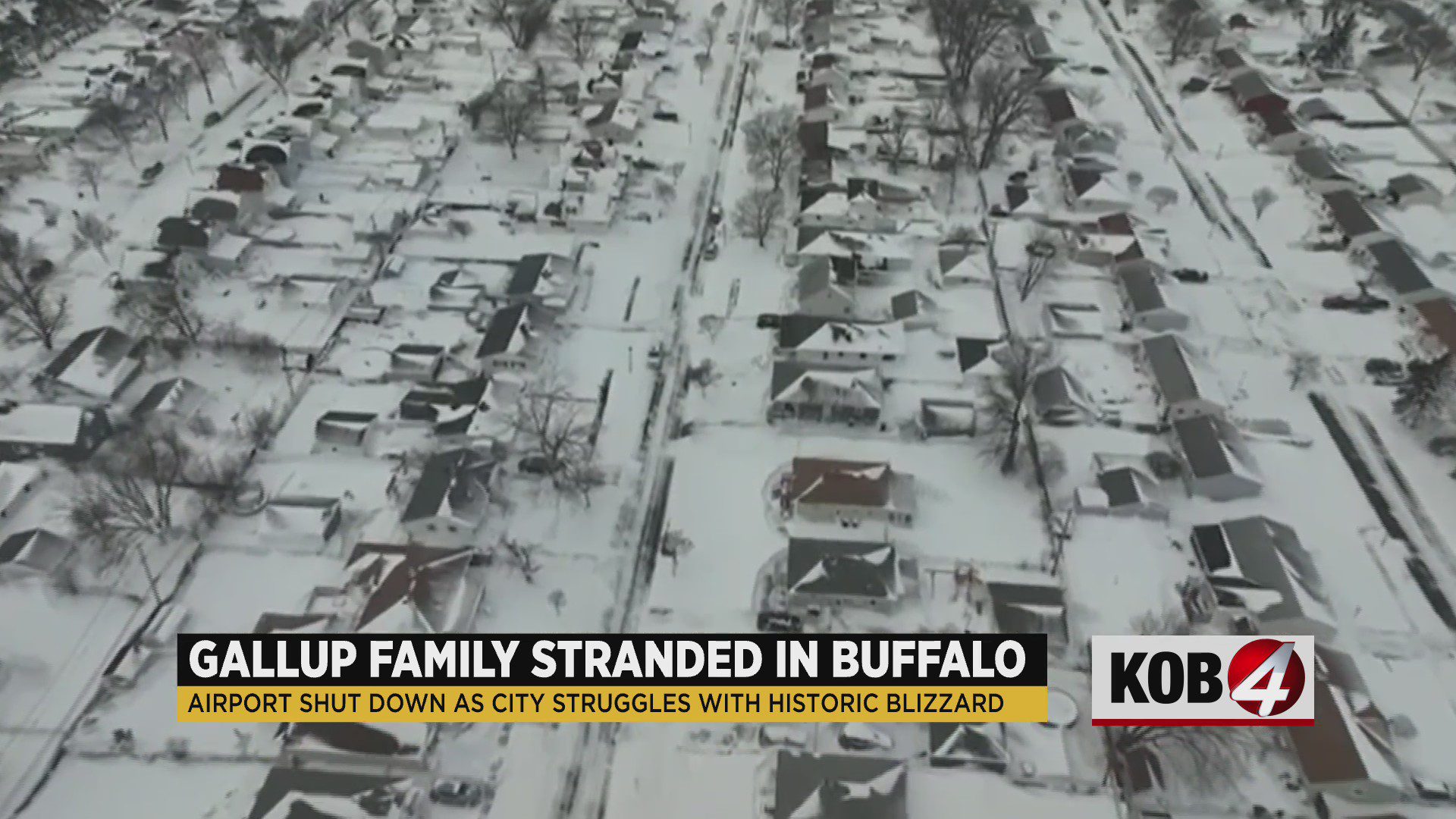 She and her husband have been trying to get back to Gallup, but United Airlines cancelled their flight.

“We were scheduled to leave today,” Fiedler said.

Then, the airport completely shut down until at least noon on Wednesday.

“It keeps getting pushed back,” she said. “The weather is just– it’s not letting up.”

Western New York is currently buried under more than four feet of snow. Fiedler explained how the extreme conditions have forced everyone to take care of each other, especially when her hotel went on lockdown on Christmas Eve.

“The front desk person actually didn’t have any staff,” she said. “Some of the guests volunteered to take care of the front desk for him while he got to go and sleep for a few hours, and then the guests volunteered on Christmas Eve evening to cook continental breakfast for the whole hotel. So, everybody was able to finally have a good meal on Christmas Eve.”

Some roads in the Buffalo area are passable again, the weather finally on a long-awaited upswing. All warnings cancelled.

Fiedler said her family was able to go out and get groceries Tuesday afternoon, but even with this progress – and a new plane ticket home for Sunday – she’s not sure when they will actually be able to leave.

“It’s basically out of our control right now,” she said. “Either we wait to fly home or we drive home, and I’m not trying to drive in this weather.”