MORIARTY, N.M. — The 2022 Club Class National Sailplane Championships are finishing up over the next few days hosted by the Moriarty Airport.

The 10-day competition hosts some of the best glider pilots from across the world. Every day, pilots compete by flying a different course or “task” in the sky.

This is the first time the competition is being held in New Mexico but the Land of Enchantment boasts some of the best flying conditions in the nation for these types of aircraft.

“The highest I’ve ever been was actually here,” Sylvia Grandstaff, a competitive glider pilot said.  “It was a few years ago, and the mountains here set up with a really neat weather phenomenon here called ‘mountain wave’ where we can get really smooth flights to high altitudes. And I was up past 25,000 feet.”

With unique weather conditions like these, pilots from all over travel to New Mexico for the opportunity to fly in these special Southwestern skies. 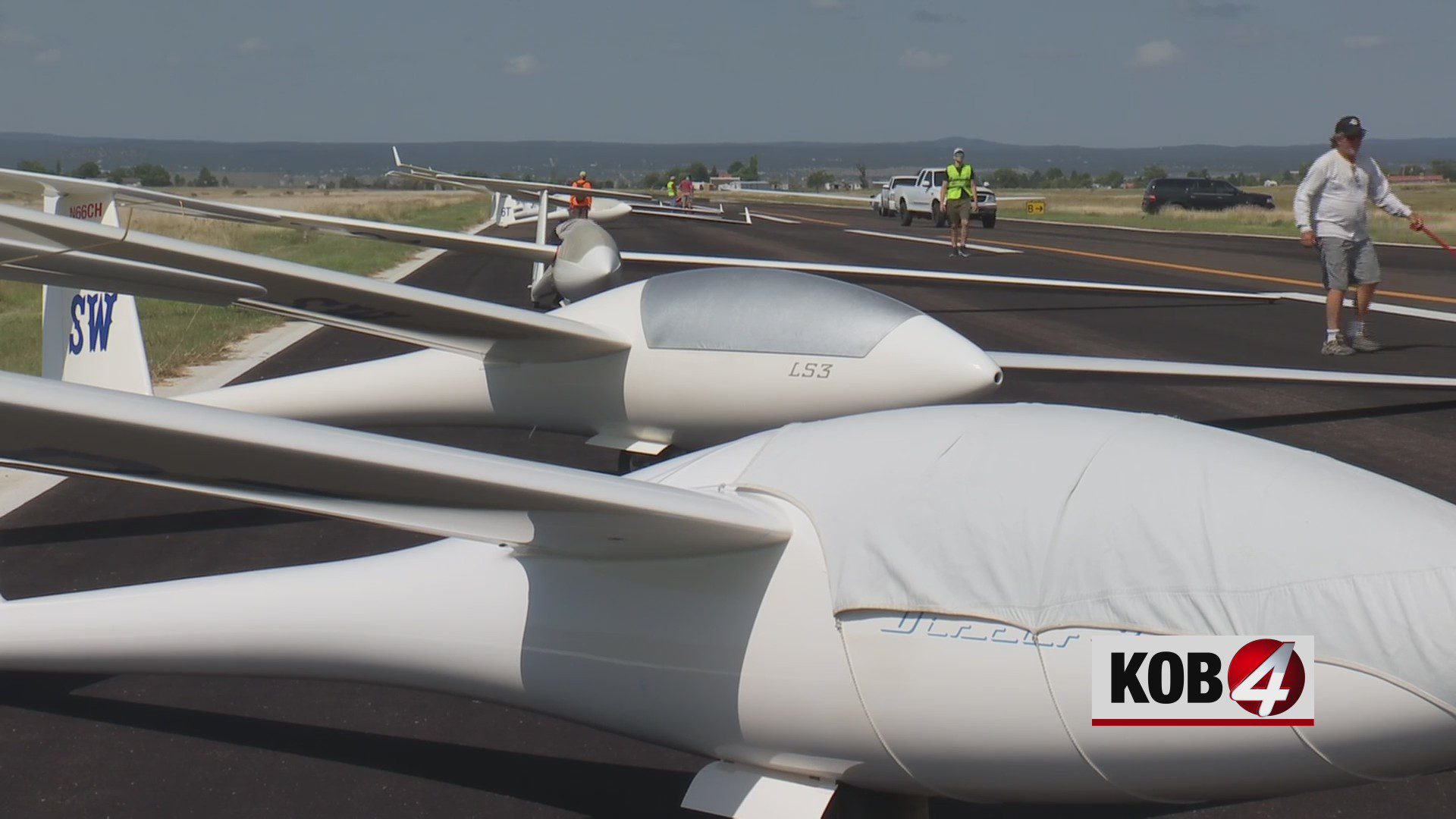 The courses the pilots fly change daily and can range from 100 to 300 miles.

Since this is a competition, the gliders are all built relatively the same to make the playing field even.

“All the gliders in this contest are very similar to one another and it’s like stock car racing in that you have one single model that you kind of use with small modifications,” said Mitch Hudson, content manager.

The sailplanes are very confined and petite compared to planes that have engines. A tow plane, such as a crop duster, tows the glider into the sky with a 200-foot rope. Once the glider reaches about 2,000 feet in the air, it releases itself and soars through the sky engineless.

Although these planes are engineless, they can reach outstanding heights in the sky.

“The highest I’ve been is 22,000 feet in Lake Tahoe, California,” David McMaster said.

McMaster is a glider pilot but with a family full of sailplane enthusiasts, he’s keeping his avian knowledge at this competition on the ground as a crew member for his brother’s aircraft.

Many of these pilots were introduced to gliding by their parents or grandparents when they were as little as 13 years old. The gliding community gravitates toward the older generation right now.

There’s been a massive shortage of pilots across the competitive air sport right now. For veteran soarers, attracting the new generation to the sport is very important.

“I think the technology is key, reaching out via social media is key,” Hudson said.

For more information on the 2022 Club Class Nationals, visit the Soaring Society of America’s website.