SANTA FE, N.M. – Gov. Michelle Lujan Grisham is asking for more FBI agents to be assigned to New Mexico in a letter to Washington, D.C. This is the second time she has made this request and she’s hopeful this time they will say yes.

Lujan Grisham says her administration has been tough on crime and helpful to police.

“In the last four years we have invested a record $400 billion in public safety, and what does that mean? It means we are giving our police officers the raises and dignity they deserve,” said Lujan Grisham.

But now she’s saying they need even more help.

This week, she wrote to U.S. Attorney General Merrick Garland asking him to get the FBI to send more resources to the state, to help fight the rise of violent crime. 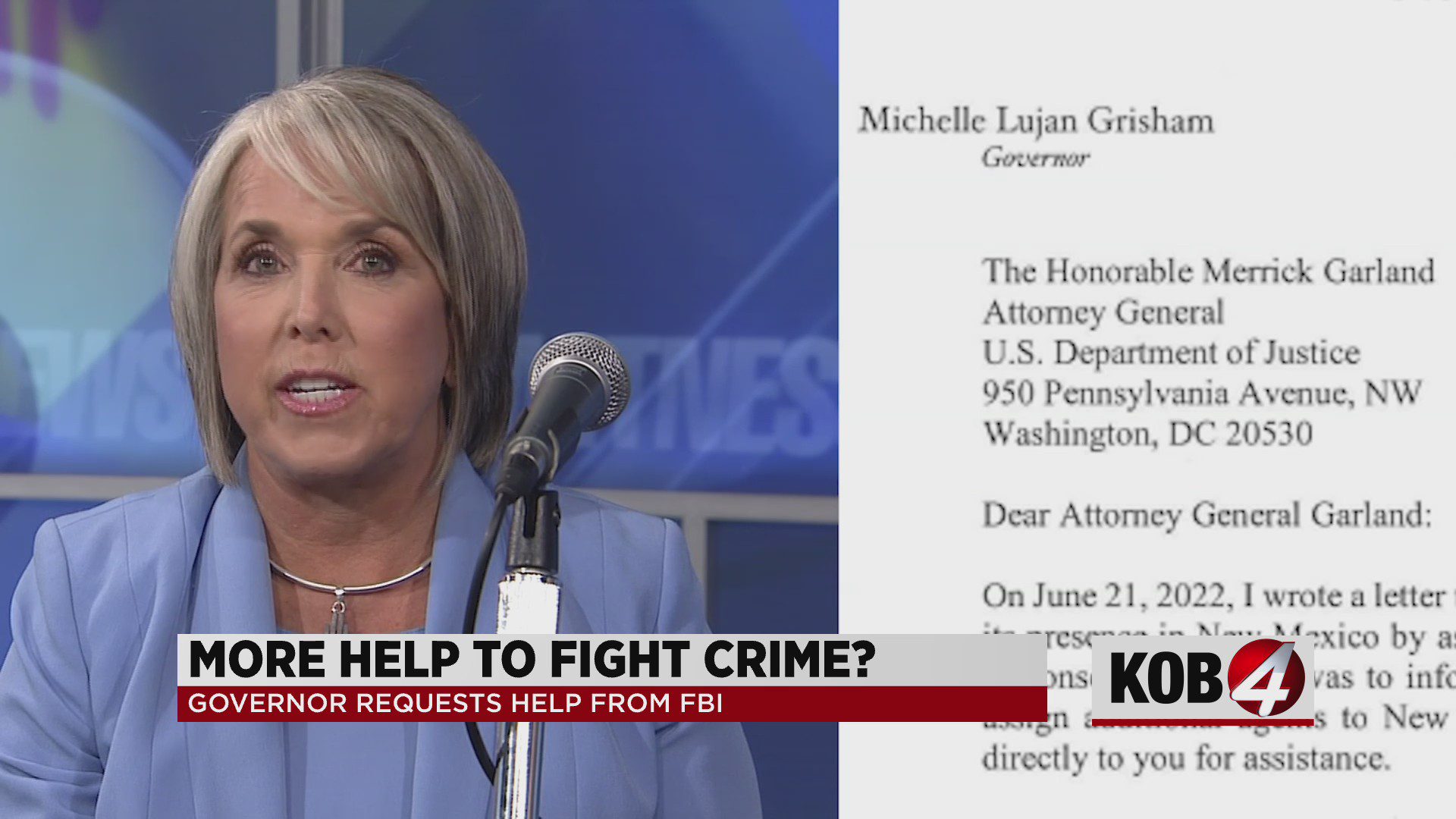 “Both New Mexico law enforcement agencies and the FBI are partners in addressing and preventing violent crime. It is therefore imperative to provide the tools and support to achieve our common goal of ending violent crime in New Mexico.”

Just last week, during the gubernatorial debate on KOB, both candidates spoke on their plan to deal with crime. While Lujan Grisham never explicitly mentioned calling on the FBI, she did say she thinks cops need more resources.

In her most recent letter she also pointed out how the FBI has taken similar action in states like New York.

She also quoted FBI Director David Wray who reported there was a 50% decrease in homicides in Buffalo New York after more agents were sent to their up state office.

Again, this isn’t the first time the governor has made this request of the FBI.

“We must provide our law enforcement the best resources available as they constantly place their lives in danger to keep our communities safe. At this time, New Mexico’s law enforcement officers require the support and resources that only the federal government can provide.”

But Wray did not fulfill the governor’s request earlier this summer saying the resources were not available.

In her latest letter to the Department of Justice, Lujan Grisham highlighted legislation that was passed this last session that was supposed to help our local law enforcement, but goes on to say those efforts have not been enough to curb the violent crime people are seeing in the state.

Not everyone agrees with this move and even go as far to call it a ploy during the election season.

Sally Sanchez is a co-founder of the group Crusaders for Justice, and she told KOB 4 after her son’s murder, she spoke with the governor and she felt like her pleas for help with the crime crisis were not heard back then.

Now, Sanchez suspects there are other reasons the governor is now calling for help.

The crusaders have led a call for tough on crime laws and even asked the governor to call a special session to get these crime laws passed. She says they were disappointed that didn’t happen.

Sanchez says she and other members of the Crusaders for Justice have also reached out to the FBI to help solve their cases. But some of them are still waiting to hear back.

Local law enforcement is optimistic about the governor’s letters.

“Our officers are making significant arrests every day, often working with law enforcement partners such as the FBI. We welcome more boots on the ground, and encourage state and federal investments across the criminal justice system. We need to prosecute and keep violent offenders in jail,” said APD Chief Harold Medina in a statement. .

APD along with the governor are hopeful that this new letter will be successful in getting more FBI agents to come to new mexico to help curb crime.