“It’s not as exciting as a new playground or going to Disneyland but I promise it’s really good stuff,” said Lujan Grisham.

Under the order, the Public Education Department will be required to work with teachers and administrators to streamline reporting and administrative measures. They have a deadline of the next school year to implement changes that will result in teachers spending 25% less time on paperwork. 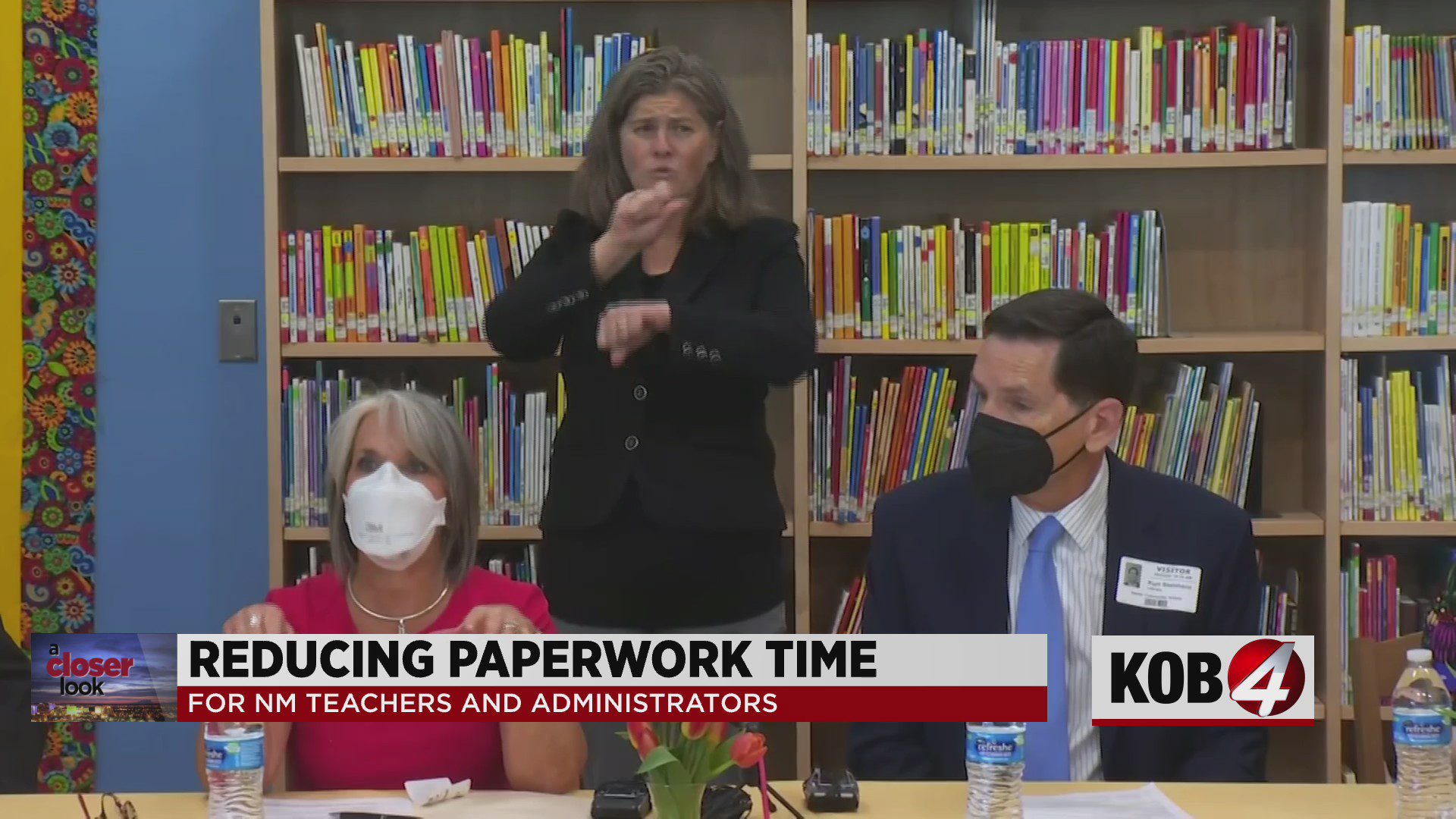 So what kind of changes are we talking about here?

“The New Mexico Legislature and the federal government appropriate money for schools. They need accountability for how that’s going. They don’t need a 12-hour test. A three-hour test can do it. So that saves more time learning, less time taking a test,” said Kurt Steinhaus, New Mexico Public Education Department secretary.

Reduced testing time will mean changes from the principal’s office to the classroom.

“We’re going to design the system so that it goes to the school principal already prefilled. So we know who the kids are, we know all the demographics so instead of having to spend an hour with the students filling out the demographics, it will come already filled out and ready to go,’ said Steinhaus.

Steinhaus says they’re also looking at ways to streamline teacher training and licensing – among other measures – to allow teachers and administrators to focus more time on the kids.