FARMINGTON, N.M. — Gov. Michelle Lujan Grisham announced Friday that the state will be investing $40 million to create a new road that will help make Farmington more accessible to surrounding communities.

The major roads that connect Farmington, Aztec and Bloomfield, make a big circle on a map – leaving residents living in the center no direct way to get to town.

“This is a public safety issue,” Gov. Lujan Grisham said. “Not having sufficient crossings means if you got an emergency for the community in the outlying county areas, they’ve got to go around another river crossing to get the help that they need.”

For many years, the city of Farmington and San Juan County have been looking to extend Pinon Hills Boulevard from Main Street all the way to the more rural area of Wild Flower Parkway, in order to fix this problem.

“It sat on top of the capital improvement plan for the city, the county, and the MPO for decades,” Farmington Mayor Nate Duckett said. “We stand here today, and for a lot of folks this was a dream that was probably not going to come to fruition.” 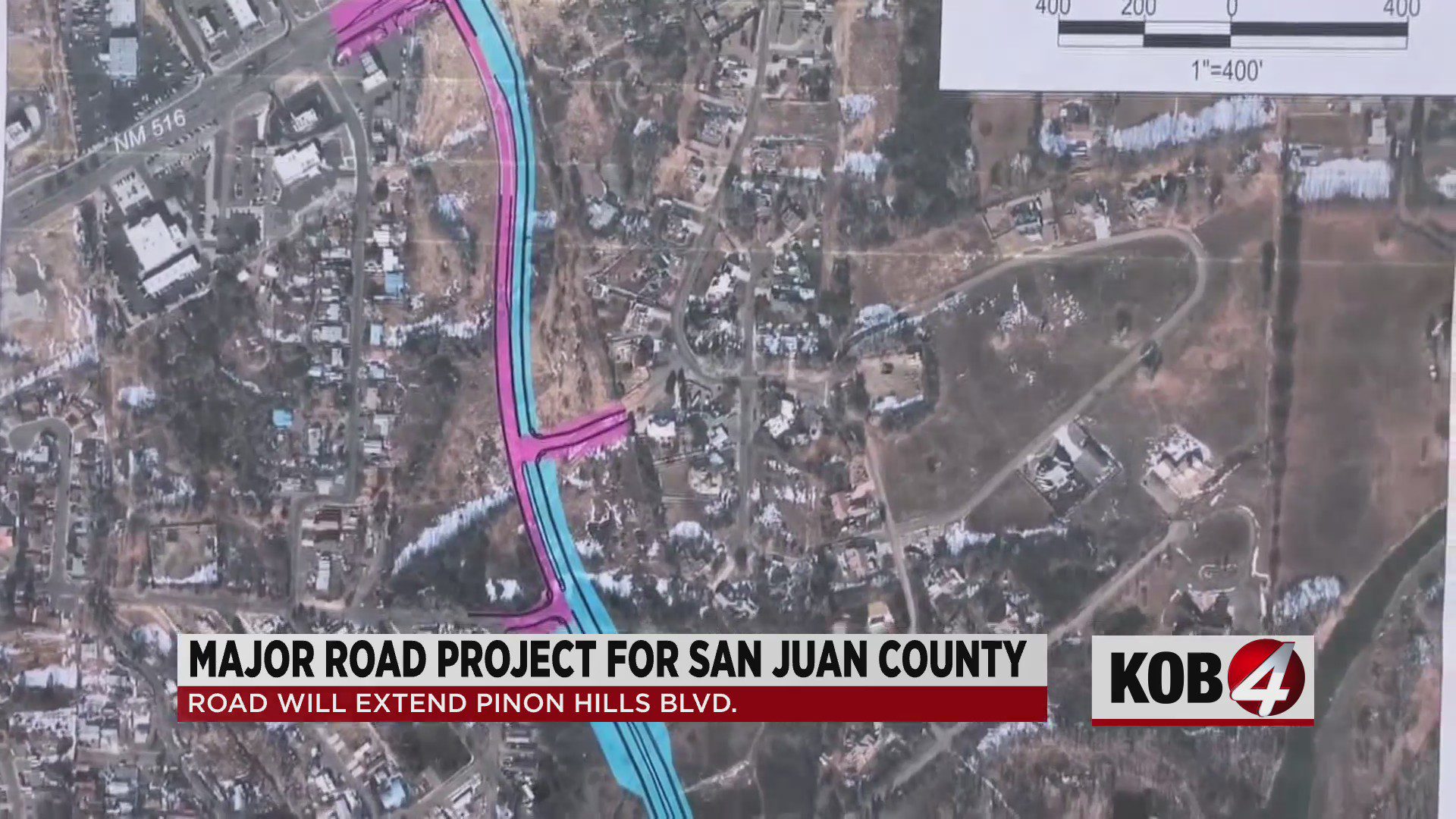 But now that dream is becoming a reality. The governor announced that the state will invest because the new roads are critical for a growing community.

“There is major traffic congestion in a growing community and you limit economic opportunity… if we don’t create these connections and invest in more traffic control opportunities and traffic options in these communities,” Gov. Lujan Grisham said.

It’s not just a road, but a path towards building a stronger economy.

“People will actually go to work making the road improvements and putting a bridge in, so you know, its 100s of jobs right now in this community – these construction jobs are high wage paying jobs and careers for New Mexicans,” Lujan Grisham added.

The project will be done in three phases. Construction on phase one could begin as early as spring 2023.