ALBUQUERQUE, N.M. – Plans to build a new rail trail in downtown Albuquerque just got a big boost from the state. Gov. Michelle Lujan Grisham hand-delivered a check for $10 million to Albuquerque city leaders Wednesday to help get the ball rolling.

“We’re going to need that, as we reimagine the state, starting with reimagining Albuquerque because we never lost sight of its potential,” the governor said.

During her announcement, the governor said plans to build a multi-use walking and trail alongside railroad tracks in downtown Albuquerque could spur at least $220 million in downtown developments and investments.

Mayor Tim Keller said the state’s contribution will help make sure this project will make it across the finish line.

“When this project is done, it will be a landmark that every single person in this city knows about and has been to,” the mayor said. “That’s how impactful and how powerful this vision is.” 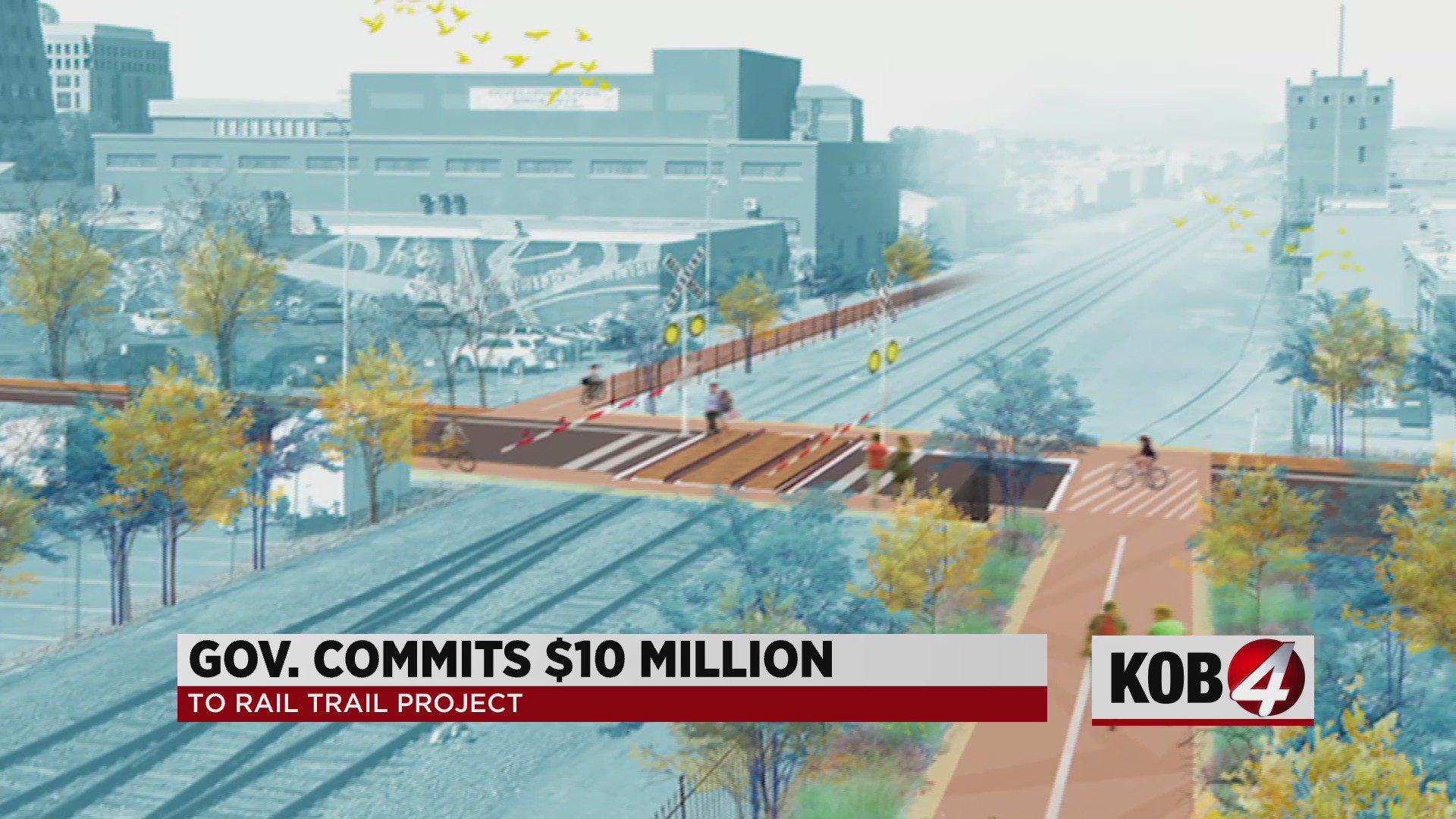 Keller said the project will re-unify parts of the city that were previously separated by railroad tracks.

“This literally connects Albuquerque,” Keller said. “South Broadway and Barelas were the same neighborhood until the railroad divided them and it’s the same thing with EDo and Downtown, and so we’re reunifying them.”

The first three phases of the projects are expected to cost just under $40 million.

The governor said the city and state are already working to secure extra federal funding to help complete the project. There is no firm timeline for completion.