ALBUQUERQUE, N.M. – The Albuquerque man accused of racing and crashing into a school bus full of children is now looking at the consequences.

The crash happened in February, with almost two dozen children on the bus.

Mario Perez was reportedly street racing a blue Mustang on Gibson Boulevard SW when he crashed his white Mustang into the school bus, causing it to flip on its side.

According to an arrest warrant, a witness estimated the two Mustangs were racing at more than 110 mph in a 40 mph zone. 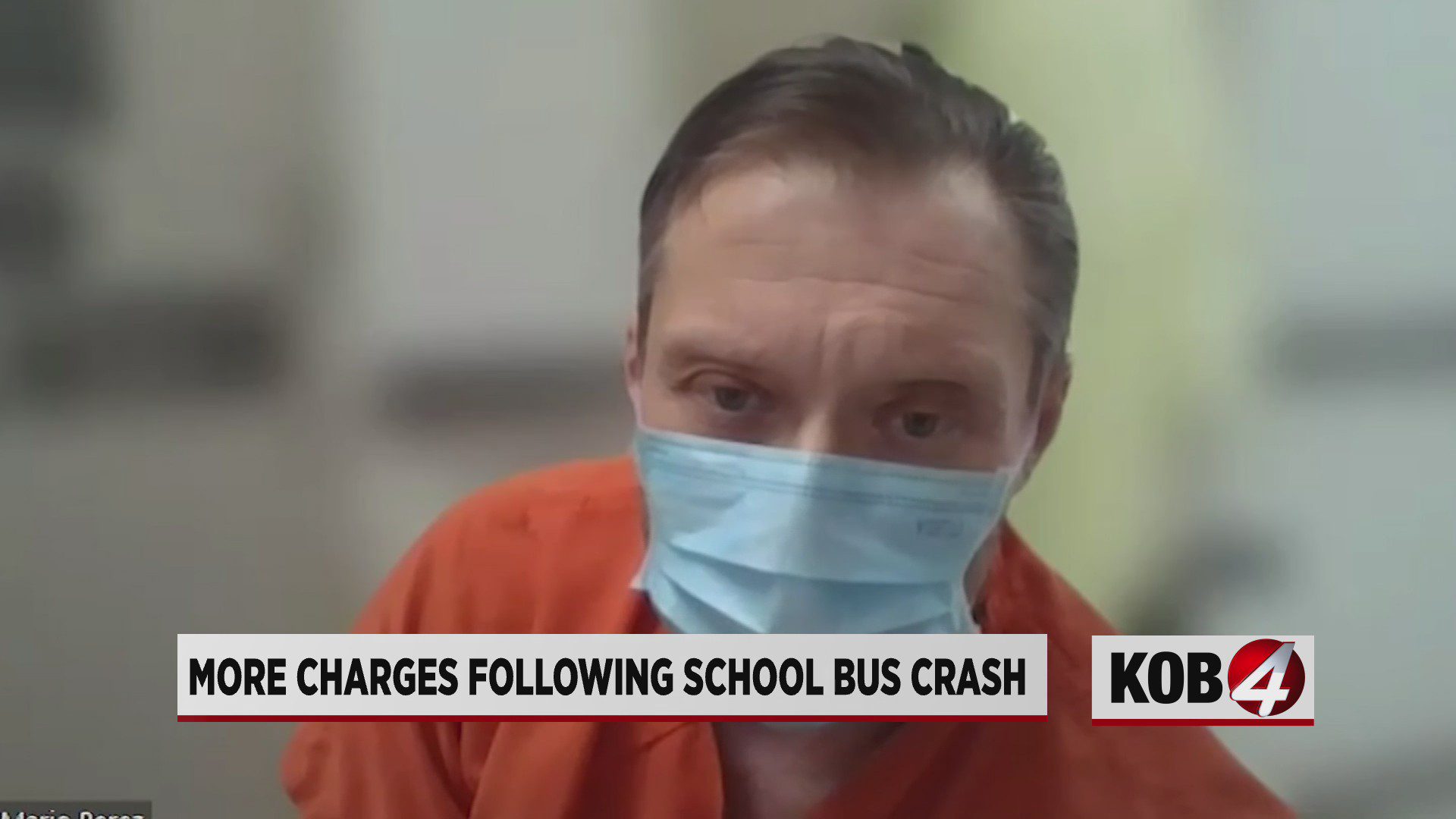 A court date for the trial hasn’t been set.