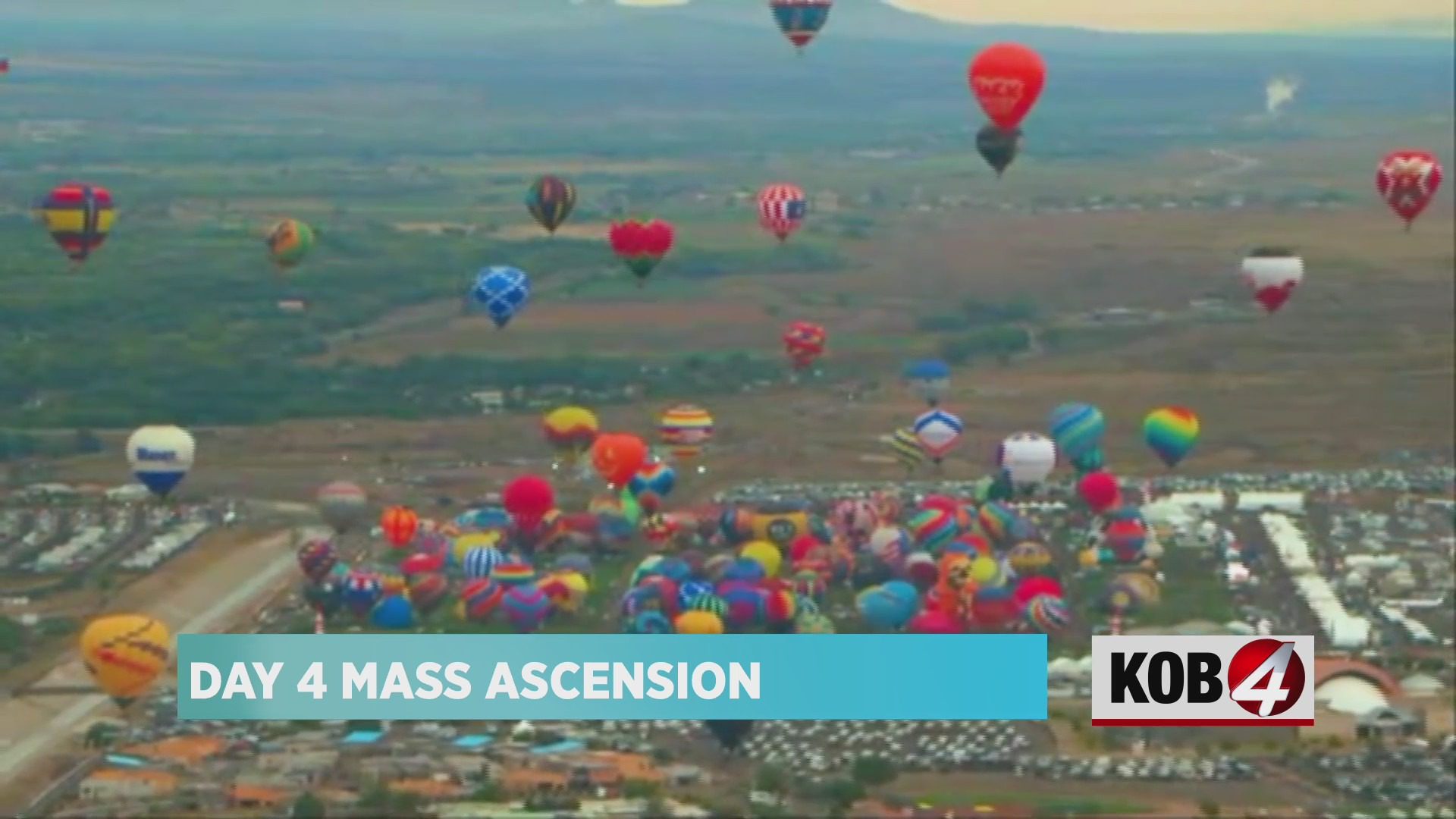 ALBUQUERQUE, N.M. — Balloonists, start your tanks! They received the green flag for Day 4 of the Albuquerque International Balloon Fiesta.

For the second day in a row, pilots and onlookers saw a yellow flag at first for Balloon Fiesta. Unlike Monday, however, Tuesday saw the green flag officially displayed thereafter.

Before the green flag flew, Marsha Lambertson lifted off with the Coca-Cola balloon of the day, which flew alongside Dawn Patrol. Other balloons began inflating as foggy, drizzle-filled conditions lifted and gave way to the green flag, just after 7 a.m.

Watch the balloons fly in our Day 4 stream, in the video above.