ALBUQUERQUE, N.M. — A little over a week remains until Popejoy Hall’s center stage turns into the streets of Baltimore.

“Hairspray” begins its run on October 6 and goes through October 9. The touring show is based on a famous Broadway show, which was turned into a movie in 2007 and features several notable songs.

The show’s message is also one that remains relevant, even though the show takes place in the 1960s.

“Hairspray, the story of Tracy Turnblad, a 16-year-old who has this one dream in life: That is to dance on the Courtney Collins show,” said Andrew Levitt, one of the cast members. “Through trying to achieve her dreams, she battles stigmas against her weight, she battles racism and it becomes every man, every woman who is telling an incredible story that I think it’s all relevant right now.” 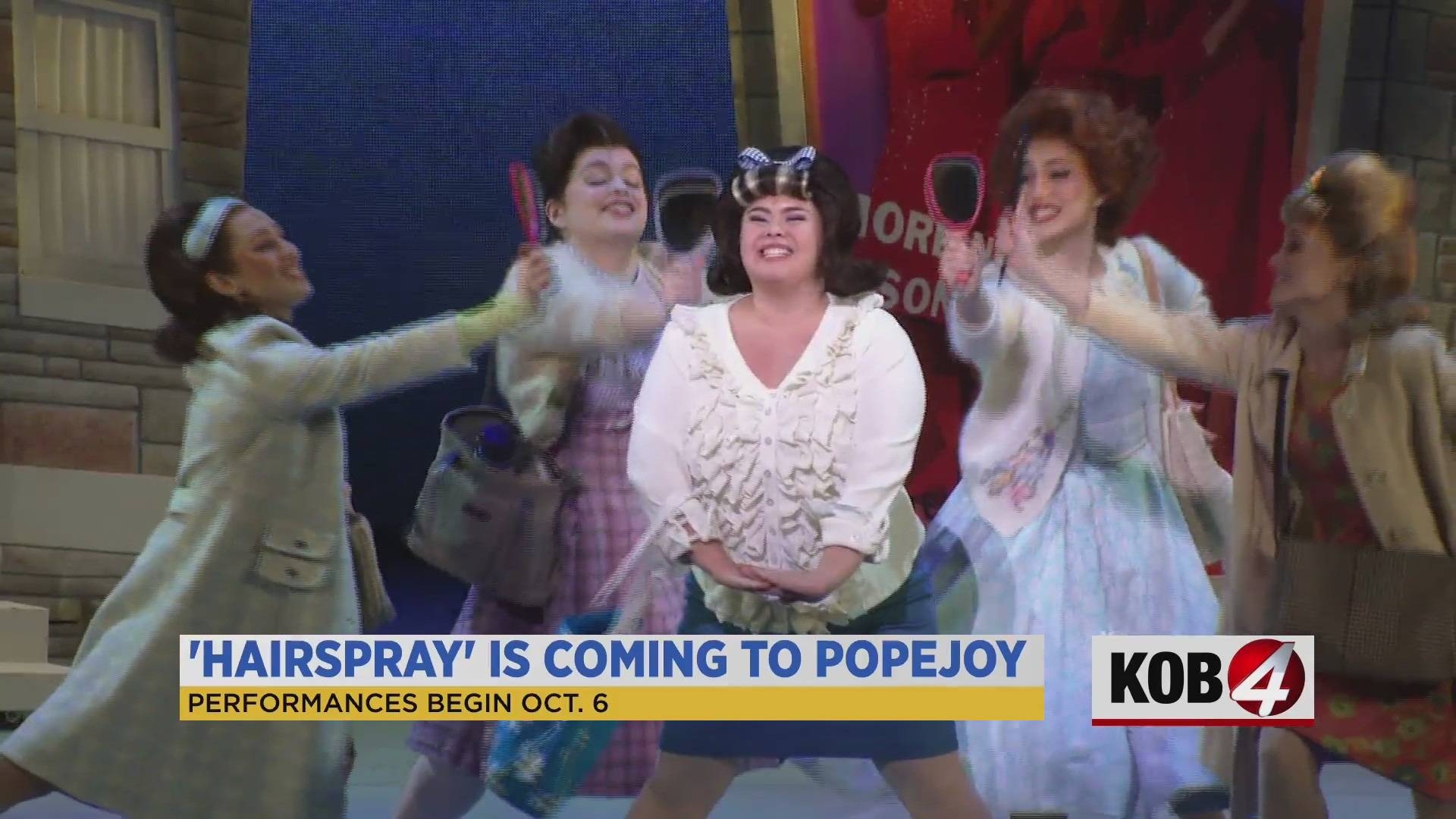 “To be able to step into her slippers every night, to be able to share a story about a woman who is so afraid to step out of the house and not love herself. That’s also the best part of my job is that it’s a challenge,” Levitt said.

After the shows here, “Hairspray” will travel to other places across the U.S. Ticket and show information is available on their website.