Hiroshi Miyamura, Medal of Honor recipient and Gallup native, passes away at 97 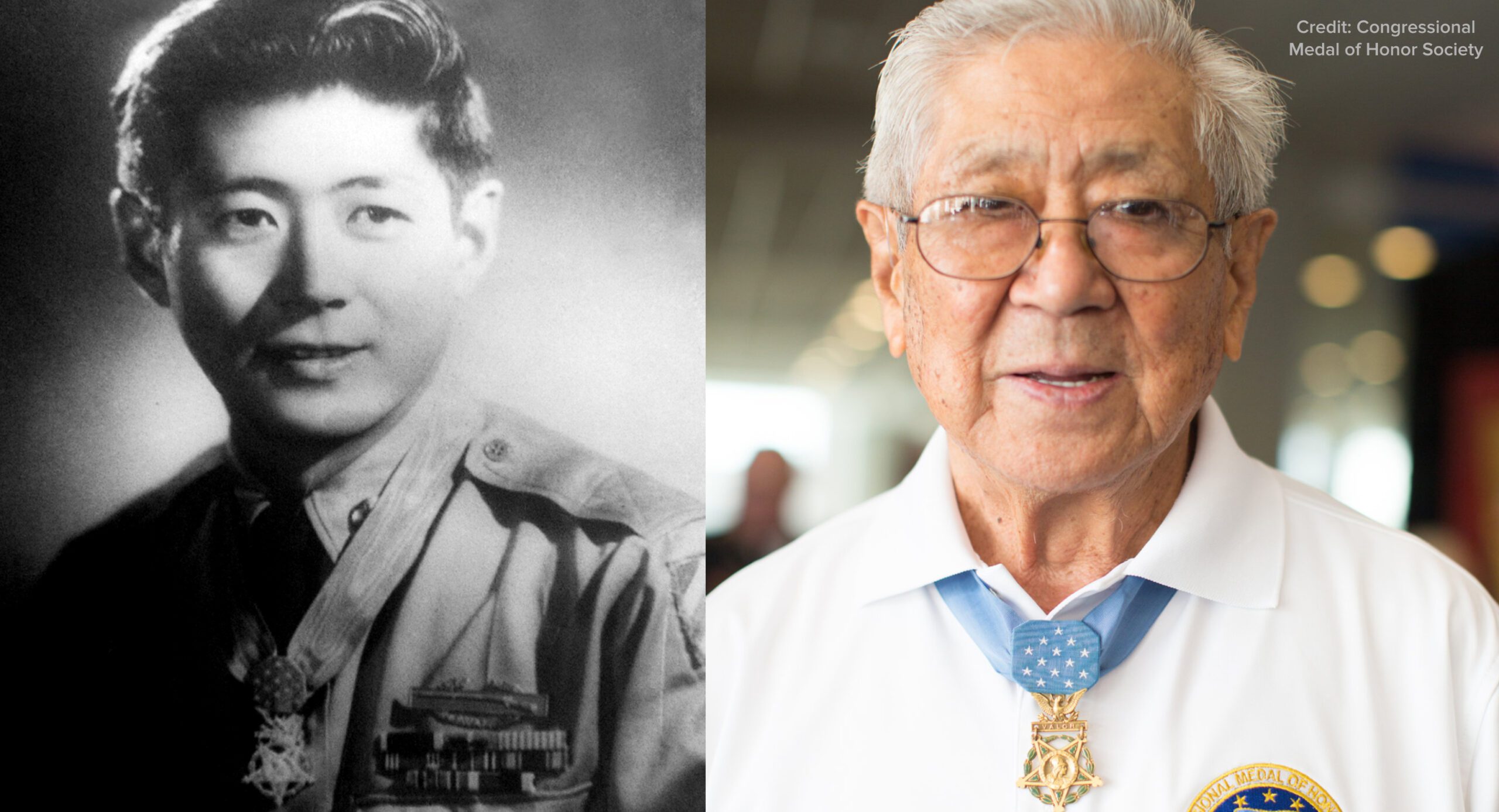 ALBUQUERQUE, N.M. — Hiroshi “Hershey” Miyamura, a Korean War Medal of Honor recipient hailing from Gallup, has died. He was 97.

Miyamura was born in Gallup on October 6, 1925. In 1945, he first joined the U.S. Army and served in the 100th Infantry Battalion and the 442nd Infantry Regiment, which consisted of mostly Japanese Americans. He was discharged after Japan surrendered but then was called to active duty when the Korean War started.

During the Korean War, Miyamura served as a corporal in the 2nd Battalion, 7th Infantry Regiment, Third Infantry Division.

Near Taejon-Ni, Korea, on April 24, 1951, enemy soldiers threatened to overrun Miyamura and his machine-gun squad. Miyamura reportedly ordered his men to retreat, then defended them with machine guns and hand-to-hand combat.

Reports indicate he gave first aid to his men and helped them evacuate, all while killing more than 50 enemy soldiers. Before he was captured, Miyamura continued to fight despite being severely wounded.

Fearing revenge, the U.S. kept quiet about his actions until he was released in August 1953.

Two months later, President Dwight D. Eisenhower bestowed the Medal of Honor upon the Gallup native at the White House.

Miyamura was promoted to sergeant before being honorably discharged from the military. He then returned to Gallup, where he worked at the U.S. Post Office. In 2007, the Gallup School District renamed the high school “Hiroshi Miyamura High School” in his honor.

Before his passing Tuesday, Miyamura was only the second-to-last living Korean War Medal of Honor recipient – and one of only 65 living recipients of the highest U.S. military honor.

Miyamura passed away Tuesday at his home in Phoenix, Arizona. He was 97.