ALBUQUERQUE, N.M. – Many in New Mexico are mourning the loss of a 27-year-old man who they described as kind and loving.

Muhammad Afzaal Hussain was shot and killed outside his Albuquerque apartment complex Monday night, those close to his family confirmed Wednesday with KOB 4.

Hussain was a local official in Española. He received a master’s degree from the University of New Mexico after immigrating to the U.S. from Pakistan.

Everyone from close friends to co-workers described Hussain as a “rising star.” They say he was highly motivated to help others.

“It has been heart-wrenching since I heard this news,” said Chaitanya Korra, close friend of Hussain. 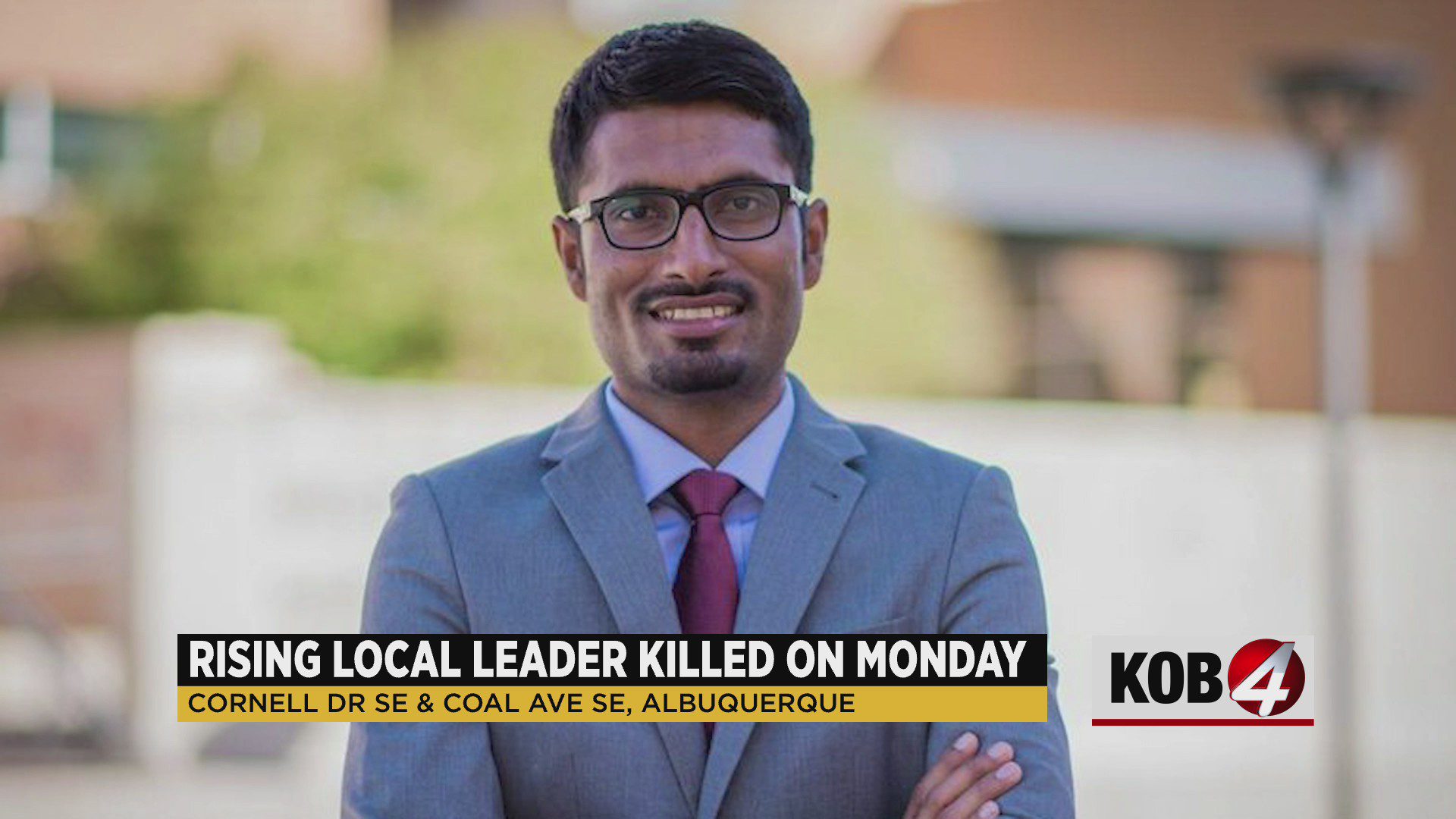 Korra got to know Hussain in graduate school and says he was well known in the Albuquerque international community.

“A great loss to the international student community in Albuquerque. Everyone lost a friend,” Korra said. “He was always very easy to talk to, a very easy-going person. He was very jovial and joyful to talk to. He was very kind. He was very compassionate. He was very helping to the needy.”

He would help anyone, his friends said.

“He is a great leader,” Korra said. “I cannot imagine the great things that he could have achieved, only if he were alive.”

Hussain was serving as the City of Española’s planning and land use director.

“Muhammad was a joy. He brought energy to a room. He was always positive. He always had a smile on his face,” said Mayor John Ramon Vigil. “The City of Española lost a great official. He was always willing and ready and able to put in his helping hand.”

Albuquerque police have not shared many details of what happened Monday night. They said they responded to a call at 9:23 p.m. and found a man shot to death at Cornell and Coal, an area where many UNM students live.

Those close to Hussain’s family said the shooting was seemingly random, saying Hussain was simply standing outside his apartment complex when multiple people in a car shot ten to 12 rounds at him. They said he was hit six times, and they believe a witness saw it happen.

Friends said that leaves them asking, “Why?”

Hussain had previously served as the president of the Graduate and Professional Student Association at UNM.

“We are deeply saddened to hear about the tragic and sudden loss of a cherished alumni,” University President Garnett Stokes said in a statement. “He was an inspiring leader.”

“His work as a field organizer for our campaign inspired countless people with his compassion and dedication,” said the congresswoman, calling him, “One of the kindest and hardest-working people I have ever known.”

The act of violence has many in the UNM community concerned.

Many are afraid for their safety.

“I personally am really scared and upset at the safety of the campus,” incoming UNM freshman Alexis Pittis said. “I’m scared. I’m scared to be outside walking alone. I don’t know, do I bring pepper spray, a weapon? What do I do?”