Homicides in Albuquerque are on pace with last year’s record

ALBUQUERQUE, N.M. – Last year was the deadliest year on record for homicides in Albuquerque. This year, the city is right on track to meet those same numbers. There have been around 80 people killed in the community so far this year.

With a shooting death over the weekend near Dorado and Central SE Albuquerque is sitting where it was last year, during a homicide record-breaking year.  Despite the rising numbers, APD says it’s more prepared than ever.

Greco pointed to the department’s 90% clearance rate, a number that tallies all solved cases from, not just from the year it happened. He says the department is also making sure detectives have the tools necessary to get the job done. 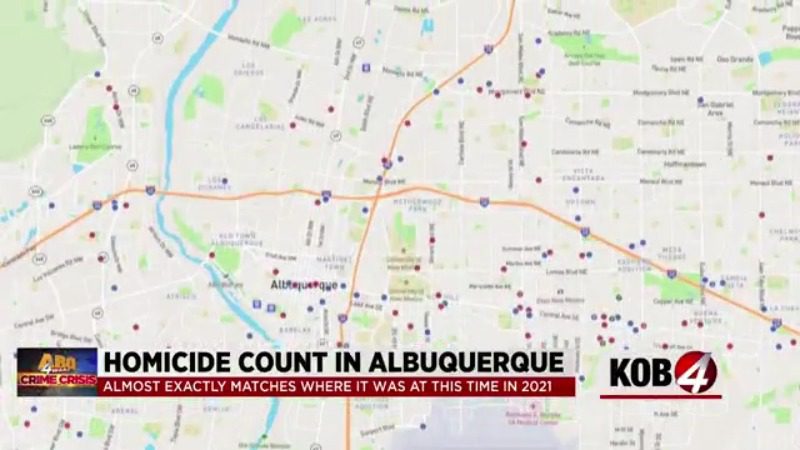 But there are still many victims waiting for justice, and many more to come if the numbers keep pace.

“Things are happening quickly and we’re on top of them as much as we can be,” Greco said.

Police were called out to investigate a suspicious death Monday in southeast Albuquerque. It has not been ruled a homicide, but homicide detectives are out interviewing witnesses to try and figure out what happened.