ALBUQUERQUE, N.M. — The Albuquerque International Balloon Fiesta sees many visitors from out of state – even from outside of the U.S. – which makes hotel rooms hard to find and often very expensive.

Hotel Zazz in Albuquerque is battling this. The Nob Hill motel used to be the University Lodge. Now, ever since opening a few weeks ago under the new name and ownership, they have been booked and busy.

“We soft-opened on September 10th. A week prior to that, we had opened up our booking channels and we saw bookings immediately, especially because we were the most affordable and I think a lot of that price hiking happens during Balloon Fiesta,” said Sharmin Dharas, the owner of Hotel Zazz.

Hotel prices usually spike during Balloon Fiesta, as they would for any major event – but how much do prices spike?

Checking online, we searched one room for two days during the week of Balloon Fiesta and found hotels ranging between $100 per night to over $300 per night. 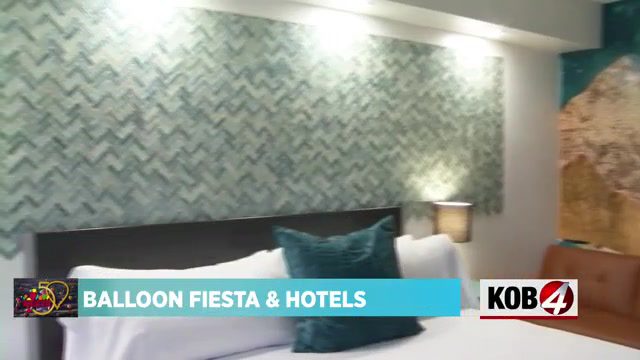 For the second weekend of Fiesta, prices were significantly higher: From $200 per night to over $400 per night. Then, on non-Fiesta days, those prices dropped.

Dharas says her hotel is no different. Like other places, their prices are more expensive than usual but they try to be more affordable so they can compete.

“We’re making sure that we are not price gouging because of it being the 50th annual [Balloon Fiesta] and everyone in town is full but it’s more so to be affordable,” the owner said. “Because there might be a student that comes into town and has an interview somewhere and can’t afford it and needs a place to stay because they didn’t realize that it’s Balloon Fiesta.”