Over 300,000 acres have burned – that’s more than twice the acreage of Albuquerque. The impacts on the animals that used to live in that burn scar will be far-reaching.

Tristanna Bickford with New Mexico Game and Fish said this is the time of year that bears are moving after hibernation. A baby bear was seen on Ute Lake north of Tucumcari.

“Typically, it is the younger bears that are going to be out and about,” Bickford said.

Veterinarian Kathleen Ramsay said many smaller animals inevitably perished in the wildfire. She said she had to put down a Red hawk injured in the wildfires – but at least one elk calf is considered quite lucky. 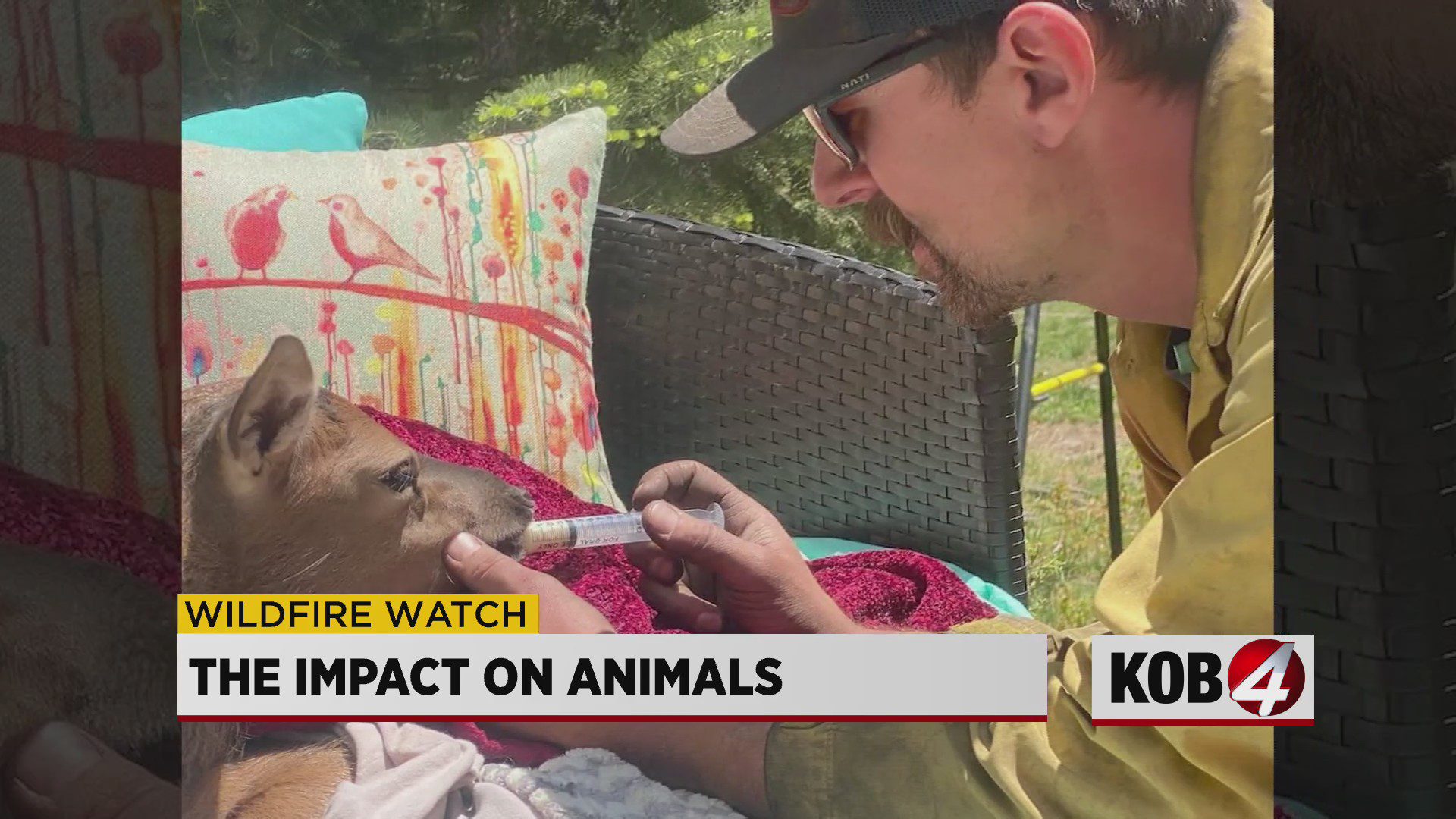 “This little baby we have right now, Mr. Cinder, he actually has some burns down in his ear canal, but those are the only burns that we have,” Ramsay said.

She is in the process of rehabbing Cinder to be released back to the wild. She said because elk are giving birth this time of year, it’s critical to get control of these wildfires quickly.