ALBUQUERQUE, N.M. — La Cueva and West Mesa faced off in a Thursday night high school football duel that, just by the 89-62 score alone, could pass for a basketball game.

West Mesa put up a strong first quarter, with 21 points scored opposite of La Cueva’s seven points. La Cueva responded strongly, though, as they put up 40 points to West Mesa’s 21 – putting La Cueva at 47 and West Mesa at 42 leading into halftime.

See who won and highlights from Thursday night’s other games in the video above. 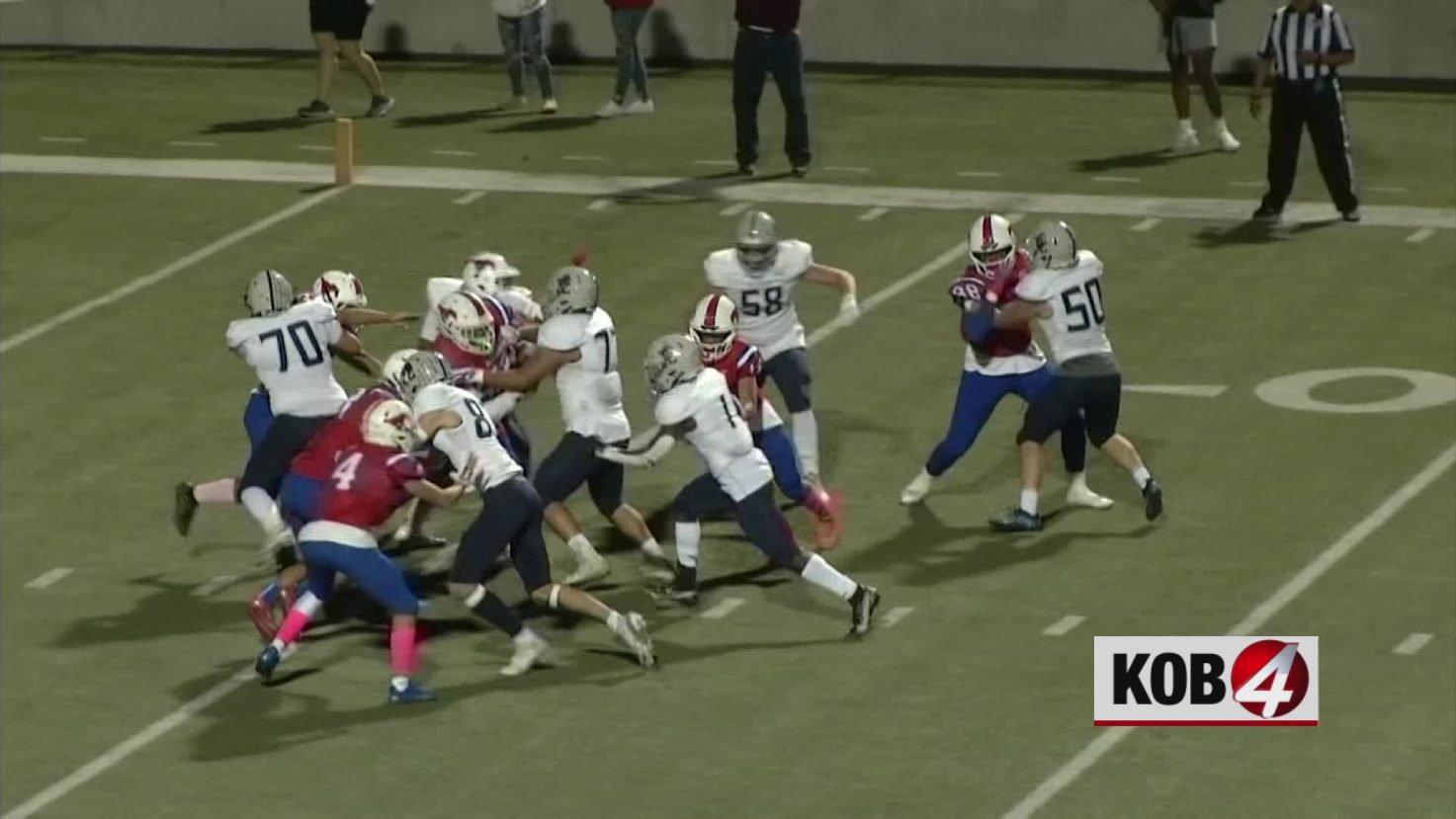