Inside look at efforts to contain Calf Canyon/Hermits Peak Fire

MORA COUNTY, N.M. – The weather has been helpful to fire crews working to contain a massive wildfire in northern New Mexico. The Calf Canyon/Hermits Peak Fire continues to inch closer to communities, including Pecos.

The fire has torched more than 311,000 acres and sits at 41% containment. New evacuations were ordered Tuesday – this time in Santa Fe County. Those in Dalton Canyon are being told to get out now.

Fire crews took KOB 4 behind the roadblocks Tuesday for an inside look at the damage so far and how they’re preparing for what’s next.

In fact, roughly 70% of the sprinkler systems in the U.S. are in New Mexico right now. 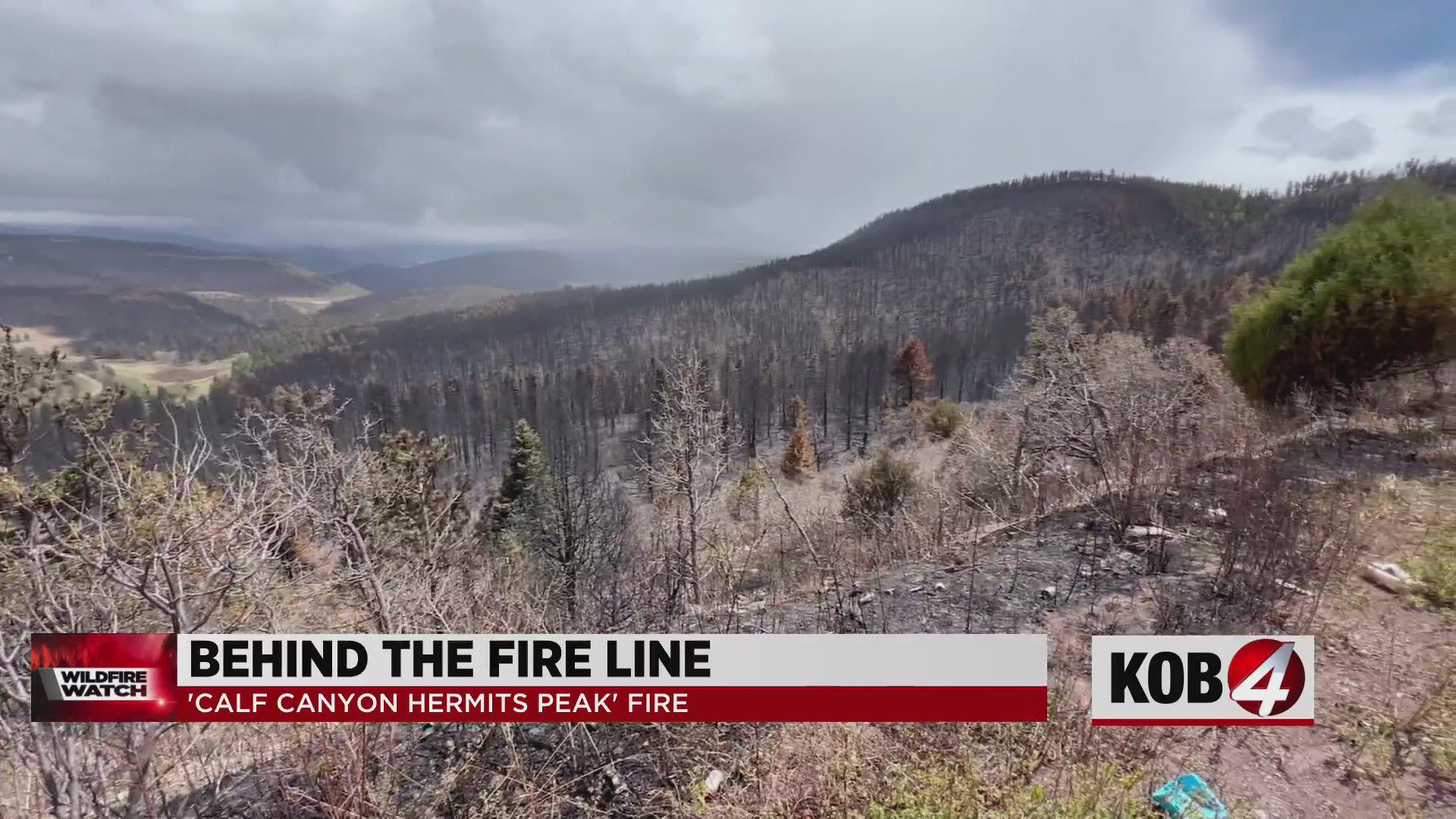 Crews say they’re taking absolutely every precaution they can because this fire has already proven to be incredibly dangerous.

“To put it in perspective, 300,000 acres is hundreds of miles of perimeter, and all it’s going to take is one ember over our lines, and the winds, the unprecedented winds and you could be off to another sizable, significant run,” said Ralph Lucas, west zone operations section chief.

But the most surprising part of the tour was a snow flurry near Angostura that lasted about five minutes.

Lucas says it’s not nearly enough moisture to have an impact on the fire, but he added this was the coldest day crews have seen since the fire began, and that alone is giving crews the upper hand.