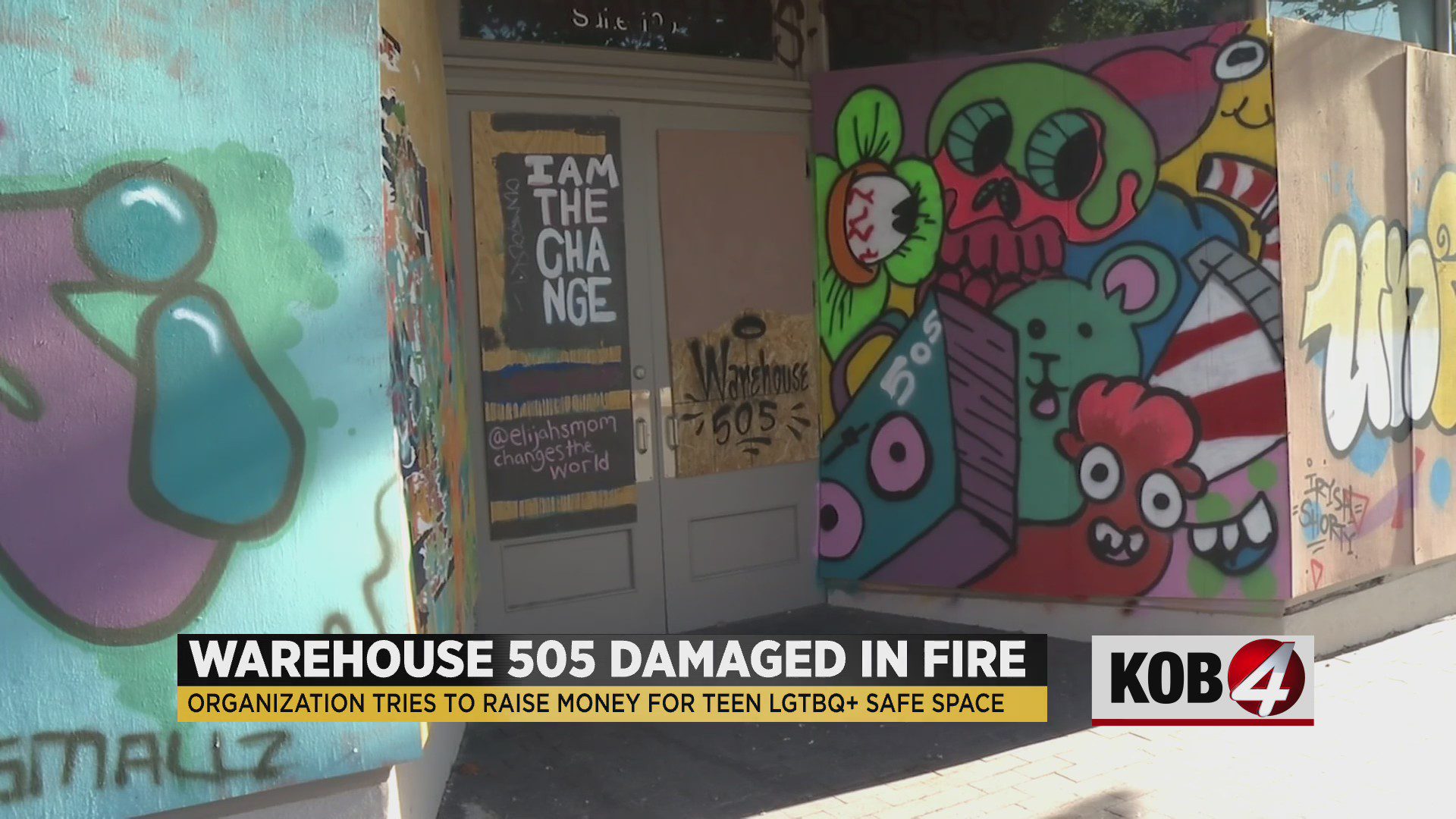 ALBUQUERQUE, N.M. — Warehouse 505, formerly Warehouse 508, is facing a serious setback in its relocation plan. Someone intentionally set a fire outside their new location on Central last weekend.

It sparked thousands of dollars in damage, and fire investigators deemed the building off-limits for now.

“I don’t know, it’s discouraging,” said Thierry Gonzalez, Warehouse 505’s executive director. “It’s been empty for a few years and I think it’s just somebody that you know was bored and wanted to light something on fire, and they just decided we were it.”

It will set them back at least four to six months.

“Being that there is significant damage, trying to get contractors to come and rebuild stuff, we’re already having issues with that as is with the remodel. Now we’re switching from a remodel to a rebuild,” said Gonzalez.

Warehouse 505 is a youth creative center. They offer things like DJ school and photography classes. Their plans for the new space include adding a retail store, coffee shop, screen printing business, art gallery, and concert venue, so they can generate their own revenue.

“This is supposed to be a social enterprise and we’re supposed to be generating revenue to sustain ourselves, so that’s why we’ve kind of reached out to the community,” said Gonzalez.

They set up a GoFundMe page to help with their insurance deductible and rebuilding costs.

“We do want to be down here, we love downtown, and we want to be part of the solution to changing downtown,” said Gonzalez.