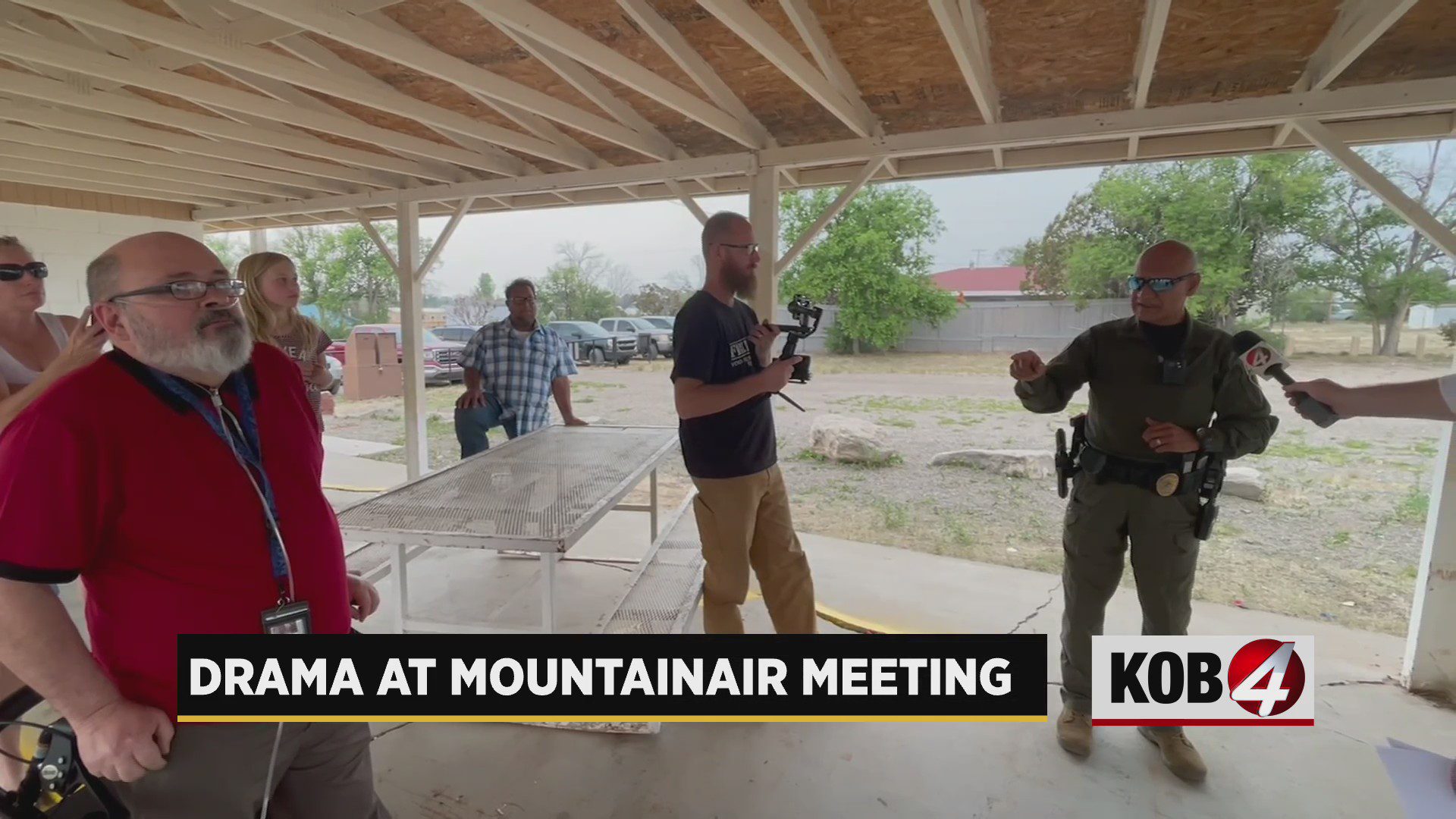 MOUNTAINAIR, N.M. — A private investigator and two city councilors want Mountainair Police Department Chief Juan Reyes removed from his position. They were planning to outline their evidence during a news conference Friday afternoon.

However, that’s not a move some in Mountainair support and they made that clear. One man drove his truck right to the curb and revved his engine while the investigator tried to speak.

Eventually, it was revealed why people want the chief out of a job. KOB 4 also heard from the chief himself.

Carlos McMahon is a retired private investigator who recently looked into Reyes’ history. Reyes’ job application for the police chief position – filled out in 2018 – claimed he has never been convicted of a misdemeanor or felony.

Court records show Reyes was charged with aggravated assault against a household member and attempted false imprisonment in the year 2000. Reyes pleaded no contest.

The question Reyes answered on the application for police chief was whether he’d ever been convicted of a felony or misdemeanor. Reyes answered “No.”

“Let me tell you, if the state of New Mexico or anybody would have wanted to pursue this, they had their opportunity,” Reyes said. “They didn’t, because there was nothing.”

Mountainair City Councilors Ernie Lopez and Richard Torres want Reyes removed from the position. Lopez is pushing for the city council to vote on it.

“I just have concerns of having, you know, qualified, you know, reliable, safe people in town, protecting our town,” Lopez said.

Meanwhile, Mountainair Mayor Peter Nieto contacted KOB 4 after the heated meeting. He said he is not looking to remove Reyes. However, some of the people both the men serve, said they should both lose their positions.

The next city council meeting is in June. KOB 4 will follow up to see if this issue is on the agenda.

Note: This story has been edited to clarify that Reyes was eventually granted a conditional discharge and was not convicted.