LOS ALAMOS, N.M. – Scientists at Los Alamos National Lab work on a lot of different projects, and some of those are on a different planet right now.

The Curiosity Rover landed on Mars on Aug. 5, 2012, and last Friday marked the 10-year anniversary for the rover on the red planet.

“We sent it there to try to figure out whether or not Mars was ever habitable, so this is looking for environments where life as we understand it could exist. So it’s not looking for life but places where life could be,” said Nina Lanza, principal investigator of ChemCam.

One of the instruments attached to the Curiosity Rover helping answer this question is called ChemCam which was led by the team at Los Alamos National Lab.

“ChemCam is that instrument that sits on the very top of the mast, it’s the big eyeball that’s on the top of the mast through which we actually shoot a laser and that allows us to probe samples and to take pictures of all these samples that we’ve been analyzing on Mars,” said Sam Clegg, co-principal investigator of ChemCam. 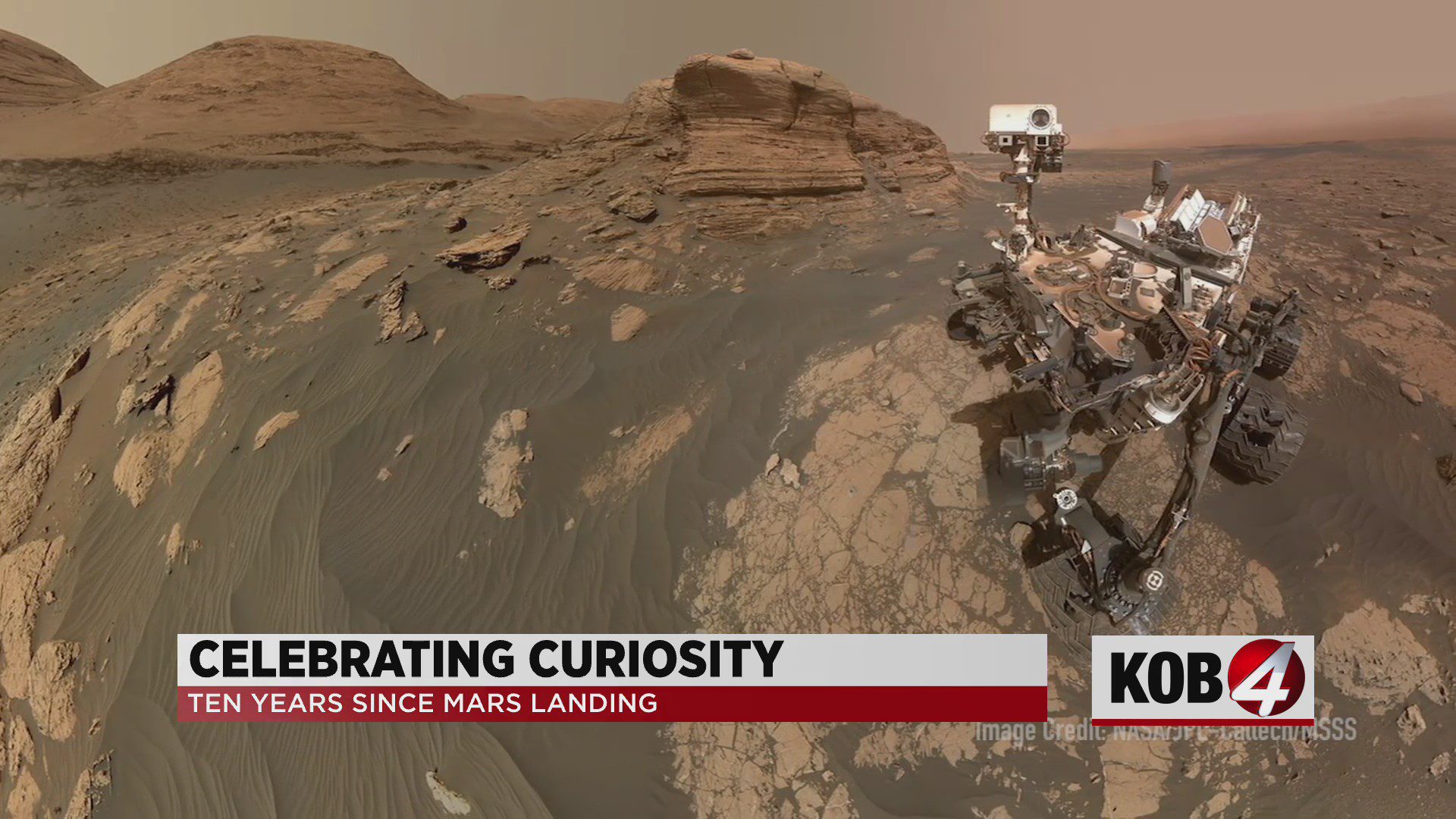 And it’s made several discoveries that really stick out to the team.

“The first is our very first discovery, which was that there is hydrogen in the soil, so that tells us there is a lot of water but it’s bound up in the soil,” said Lanza.

Another is the discovery of manganese minerals on Mars.

“They tell us that not only was there a lot of water on Mars, but there were strongly oxidizing conditions and just putting that into perspective that would be like is if there was oxygen in the atmosphere, so we don’t know whether or not that was true, but manganese opens up a lot of possibilities,” Lanza said.

They’ve also found features like veins and nodules that indicate water was active in these sediments after the lake was gone.

“Overall, this builds a picture to us of a planet that’s changing but very habitable over long periods of time,” said Lanza.

Many discoveries are still yet to be made. The rover is now moving out of the lake sediments and up into dry land.

“I can’t wait to see what else we’re going to find out,” Lanza said.