LOS ALAMOS, N.M. – On Monday, NASA successfully crashed into an asteroid with a spacecraft.

Before we talk about the mission, we want to make something clear: there is not an asteroid heading for earth, this is an experiment.

“We are targeting a small asteroid in space that we’ve never seen before. We don’t know what the shape is and we have limited information, and we’re targeting that small asteroid at a very fast speed,” said Johns Hopkins Dr. Nancy Chabot.

It took a lot of research, planning, and preparations and you best believe — with this type of mission — New Mexico’s Los Alamos National Lab scientists were involved.

“Taking a spacecraft and crashing it head-on into a moonlit that is about the size of a sports stadium in orbit around a bigger asteroid,” said Cathy Plesko a planetary defense scientist at Los Alamos National Laboratory. 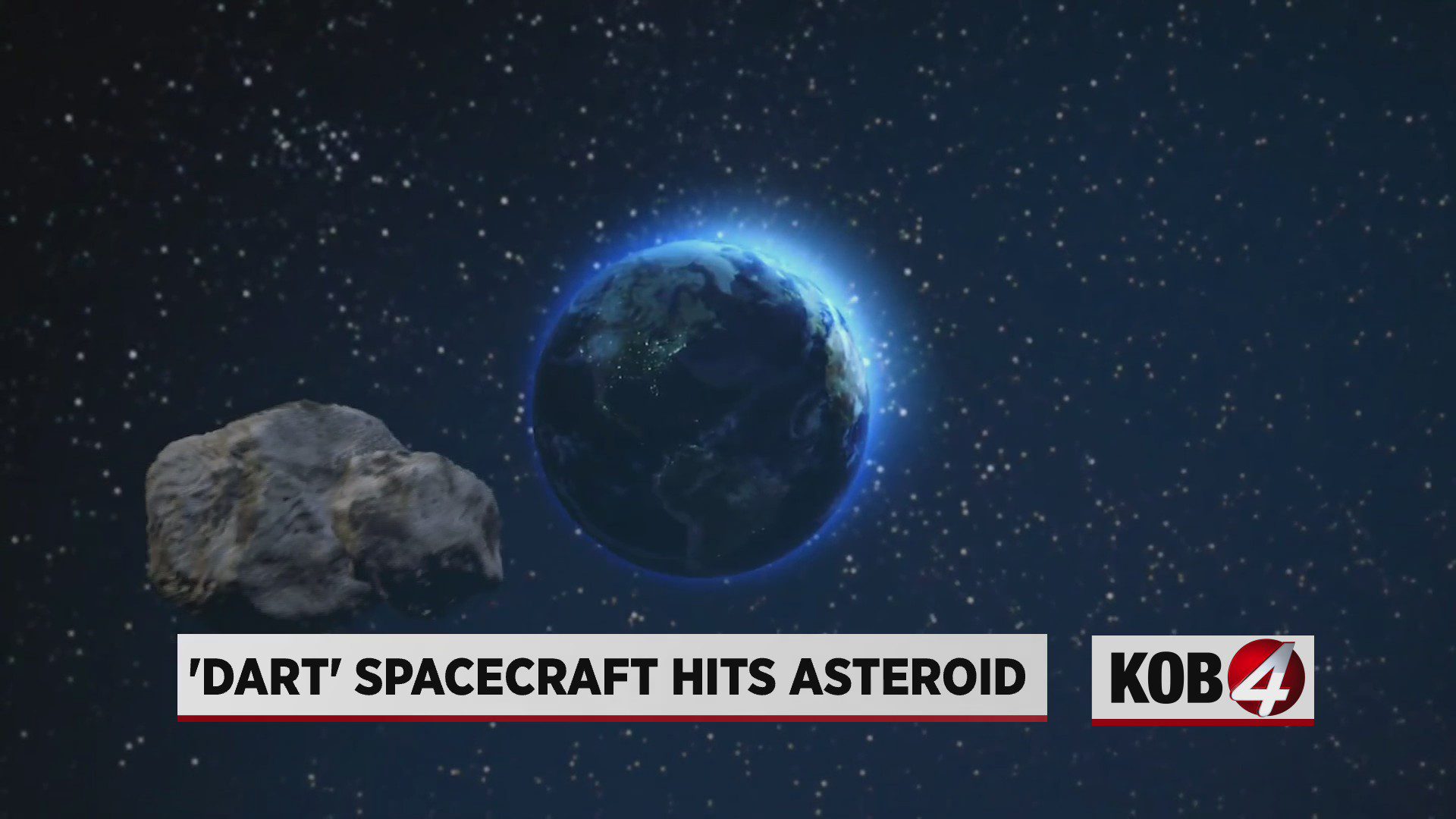 “DART mission on the way for the first-ever planetary defense mission.”

Its target is an asteroid named “dimorphos,” which is around 7 million miles from earth. And the goal:

“You just want to move it in one piece rather than blow it into pieces.”

“This is really not about destroying the asteroid or destructing it. It’s a- we like to call it like a small nudge,” said Chabot.

There’s a lot at play here and getting accurate predictions of what could happen — that’s where LANL comes in.

“In order to make sure that we pick the right asteroid that we’re hitting at a speed where we’ll be able to see the change in his orbits.  We’ve done many, many high-performance computing models where we have a digital representation of both the asteroid and the spacecraft in exactly the impact scenario where we can now predict what’s going to happen, and assure ourselves that the telescope will be able to see the change,” said Plesko.

The hope is the hit will nudge the asteroid in a different direction.

“Right now, it takes about 12 hours to orbit determine if DART is successful, as we predicted the computer models, that orbital period will change by about 10 minutes,” Plesko said.

This mission marks the first test in planetary defense and can lead to so much more in protecting the planet.

“If we know that we can change the orbit of dimorphos around didymos then we know we can push something off course and stop it from hitting earth.”

Using telescopes on all seven continents and in space scientists will monitor in the coming days and weeks on how much the impact is able to shift the orbit of dimorphos.