LOS ALAMOS, N.M. — While the Cerro Pelado Fire in the Jemez mountains has quieted down, Los Alamos National Laboratory remains under constant threat from wildfires, simply because of its forest location.

The LANL Wildland Fire Team has been managing the forest around the lab property for many years.

“Los Alamos National Labs is far better prepared now than we have been in the past 20 years for the threat of wildfire,” said Jim Jones, program manager of LANL’s Wildland Fire Team.

They’ve significantly increased their efforts over the last three years.

“So, we have several methods to do fire mitigation, we have crews that actually saw down trees, clear brush, those types of things. We have smaller and larger masticating machines which actually go in and grind up the biomass and basically clear it down to a grassy state,” Jones said. 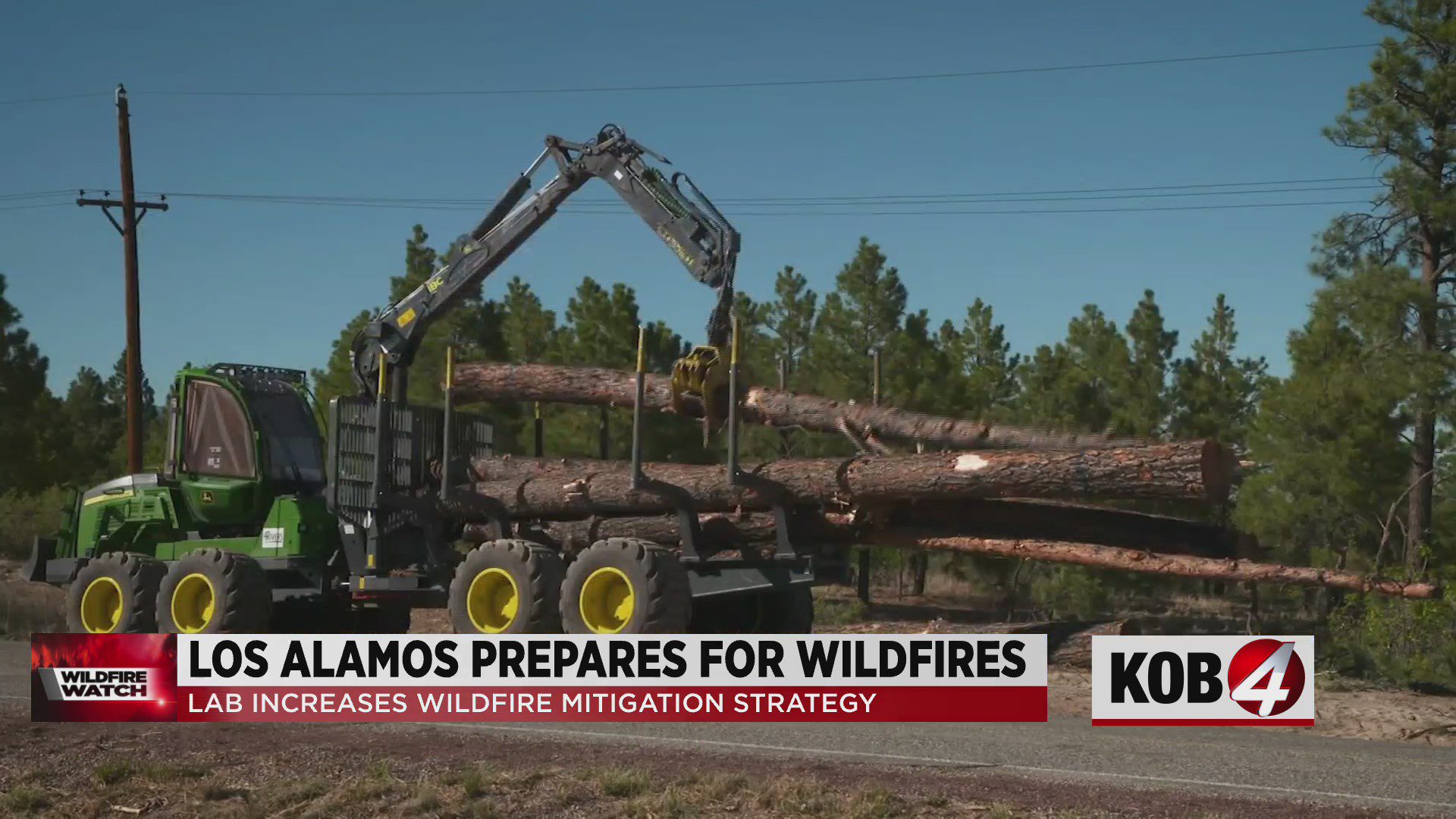 It’s a good thing they’ve been preparing. In early May, the Cerro Pelado Fire was closing in on LANL property, but they were ready.

A 20,000-gallon dip tank was also installed several years ago. The tank has been kept full during fire season for different agencies to draw from and fight these fires.

“Also, during a fire currently right now, we have three 4,500 gallon pumpkin tanks, they call them, set up along State Road 4 for the agencies to draw water off of, and we keep those filled up 24/7 while we’re in the fire fighting mode,” said Jones.