LAS VEGAS, N.M. – The City of Las Vegas is bracing for what could be catastrophic floods. The San Miguel County Public Works Yard has become the main hub for creating and distributing sandbags to prevent potential flash floods this week.

The New Mexico National Guard was activated by Gov. Michelle Lujan Grisham to help with the wildfires – now they are distributing up to 100 sandbags per household.

On Monday afternoon, they estimated about 50,000 sandbags had been made. Some sandbags were loaded up for people in Las Vegas, while others were transported from Las Vegas to smaller volunteer firehouses near the burn scar, to help mountain villages now concerned about debris flows and flash flooding.

“National Guardsmen come from across the state. From Mora, from Las Vegas and all the way down in Las Cruces. And you know we’re all here trying to help our neighbors and our families protect their homes and their possessions,” said New Mexico National Guard Sgt. Iain Jaramillo.

About 20 guardsmen got help from over 100 firefighters, who were not needed to fight flames because of the recent rain. 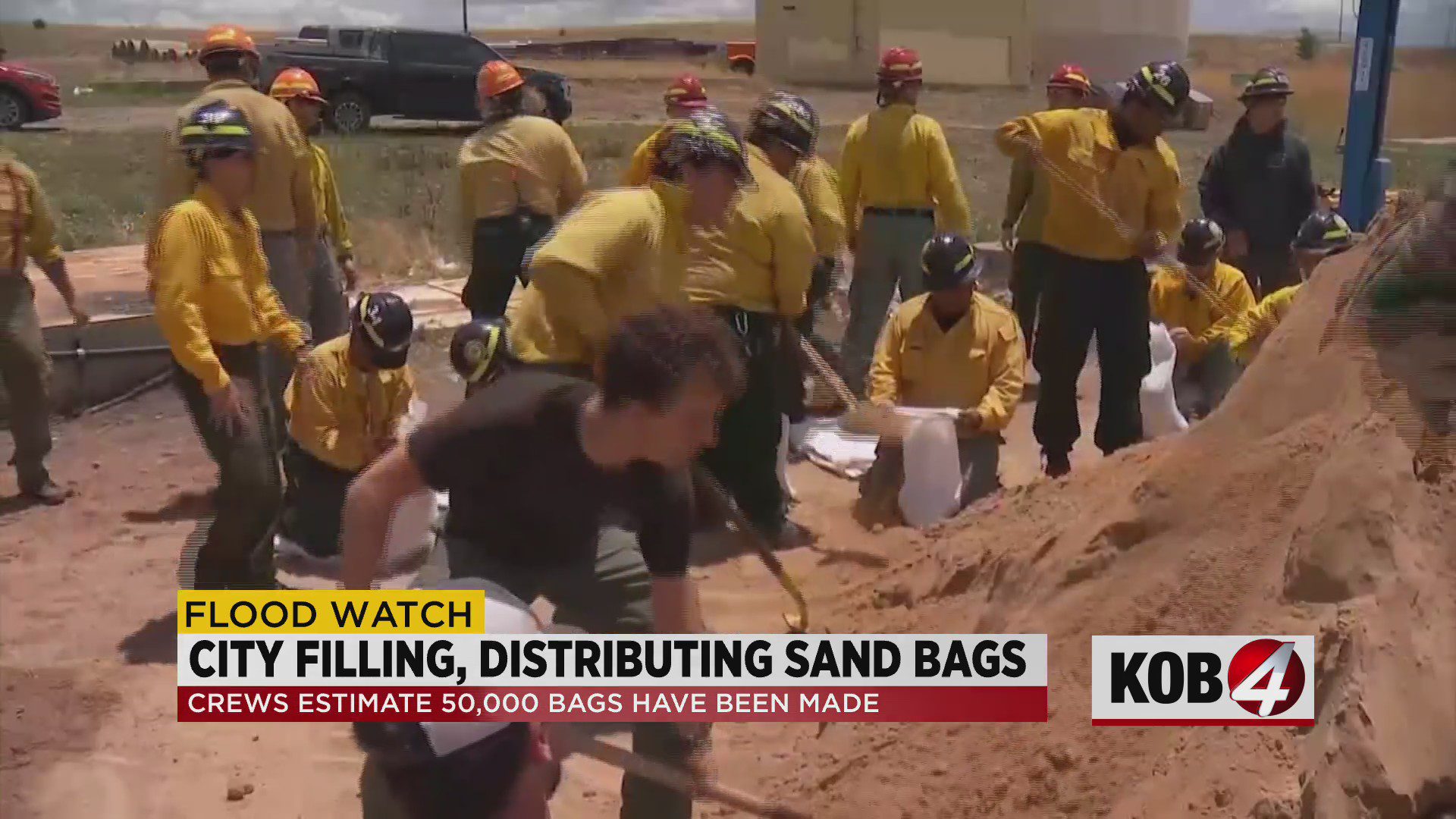 Some have been working for 14 days straight, but they say they’ll go where they are needed because they know the stress this community is feeling.