Las Vegas has about 30 days left of clean water

LAS VEGAS, N.M. — After the massive and destructive Calf Canyon/Hermit’s Peak Fire, northern New Mexico has experience damaging and deadly flooding – and now debris from that fire has contaminated much of the water.

The amount of clean water in Las Vegas, New Mexico is getting critically low.

On Thursday, people were loading up on bottled water at stores, worried that the supply may run out. City leaders said they have just more than 30 days left of clean water. They’re asking people to limit themselves to using 44 gallons per person, per day. The average person typically uses more than twice that amount.

Some businesses, like car washes, have had to close. Restaurants are serving food on paper plates to avoid cleaning dishes. City officials said they may be dealing with this problem for years.

“It’s very concerning to not only our governing body, myself, and our residents, a lot of people are on edge because that number is concerning,” said Leo Maestas, the Las Vegas city manager. “We’ve given water to the community to stay off the tap for drinking, so we can keep that water in a system for a longer period of time.” 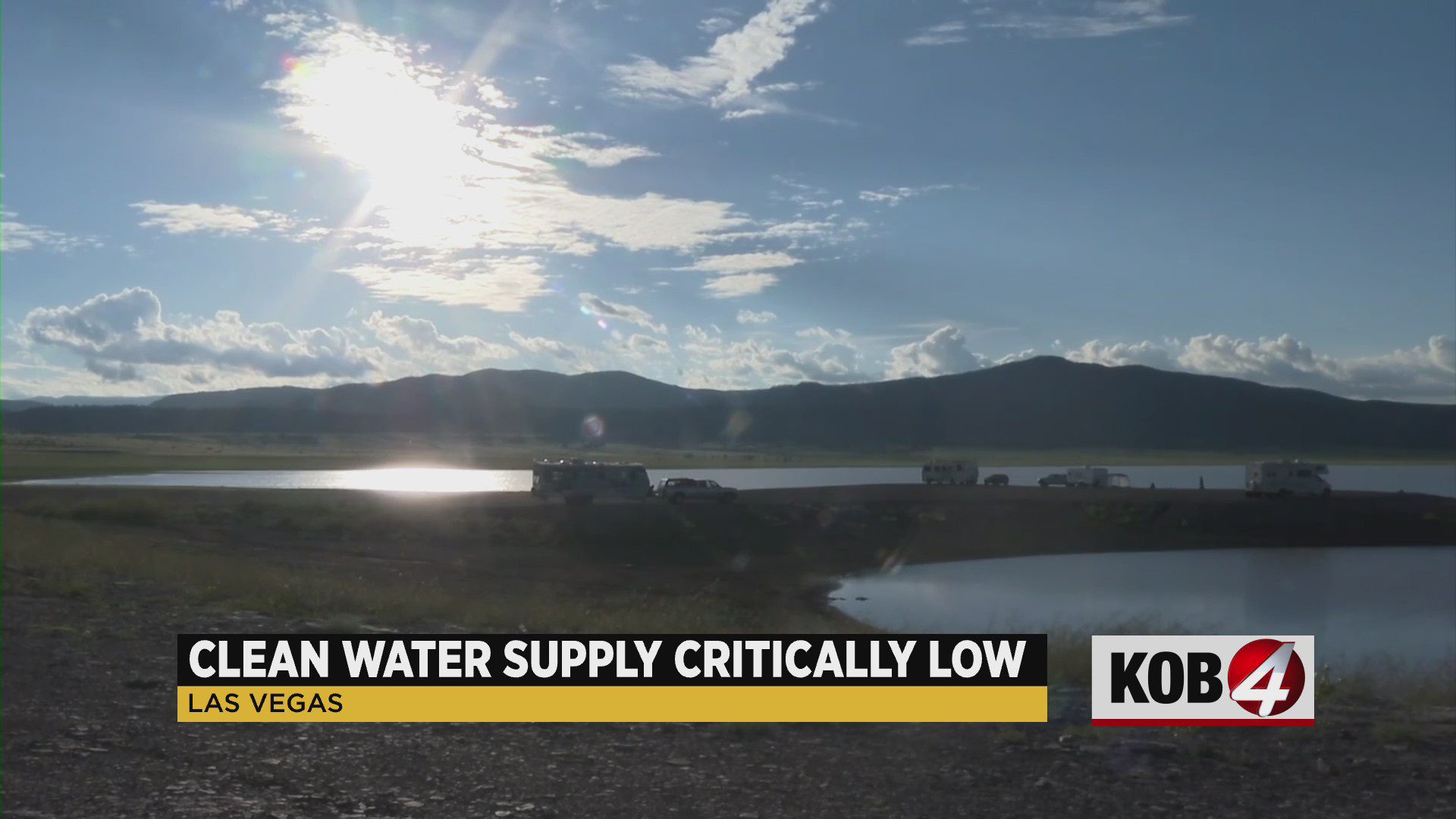 The city has been working on a temporary solution – a way to treat water at nearby Storrie Lake so it can add about two months worth of water. The system to do that may be up and running as soon as two weeks from now. Officials are expecting the federal government to foot the bill.

More long-term solutions could take years to set up.

If the drinkable water supply does run out, people would have to boil their water to be able to use it safely.

According to the Albuquerque Bernalillo County Water Utility Authority, all of us need to use less water. The average consumer in the metro uses about 126 gallons of water per person, per day.