Fire managers have managed to keep growth to a minimum, even after facing three days of red flag conditions. But the fire has already caused a historic amount of damage and we’re learning even when the fire is finally contained — communities across northern New Mexico will still be in a lot of danger

Las Vegas has been at the center of this fire from the beginning.  As of Tuesday, an evacuation shelter is still up and running at the old Memorial Middle School. But while the city narrowly avoided the flames — the mayor says the floods are coming.

The clock is ticking in Las Vegas, New Mexico. Trujillo says the city is already bracing itself for potentially catastrophic floods caused by the Calf Canyon/Hermits Peak Fire. 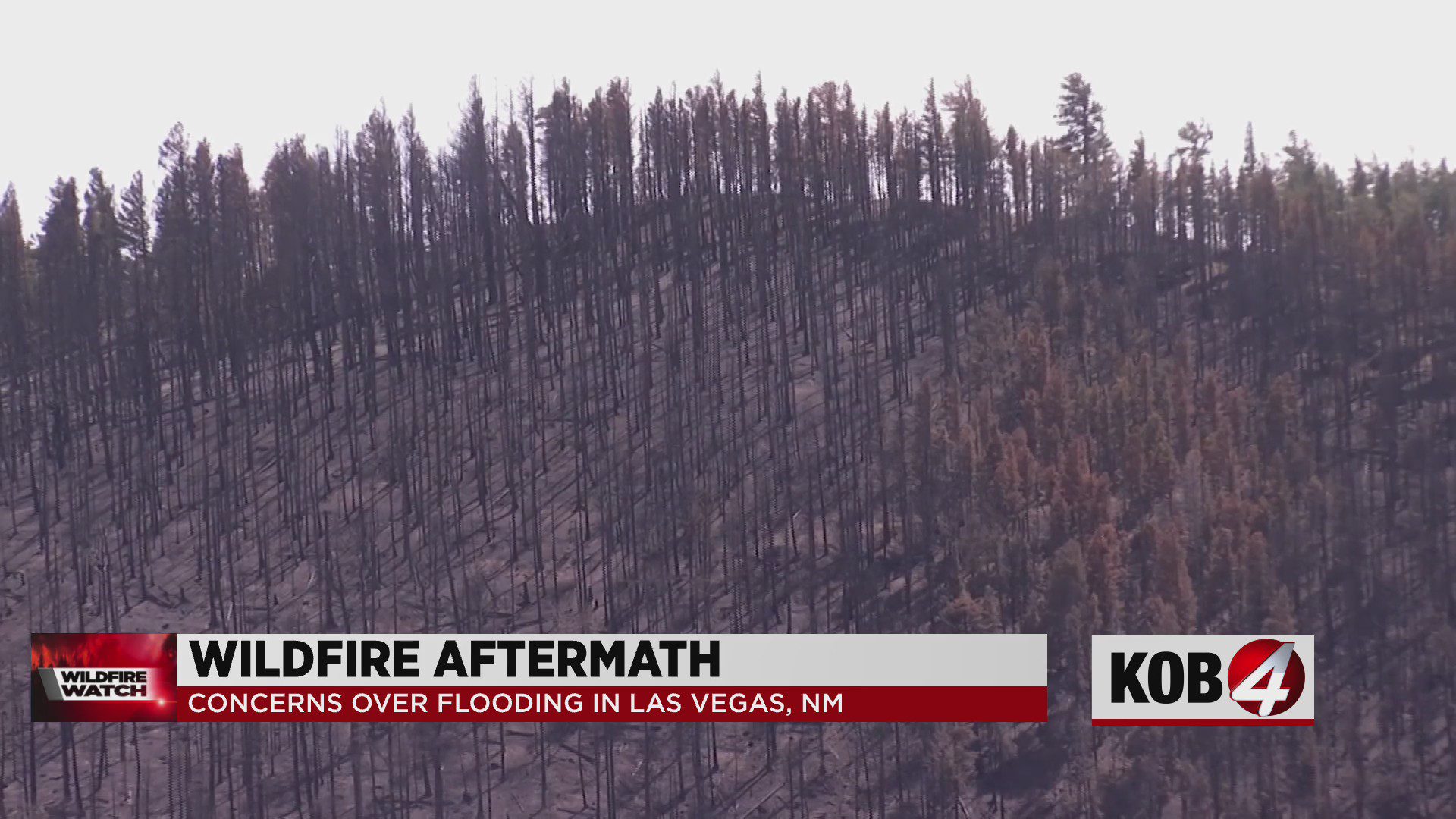 “That’s everything from installing from what we’re hearing preliminarily installing rain meters and rain gauges up and down the river so that it would hope to sound an alarm system or some way to measure the increase in river flow that would alert people downstream to be careful with flooding,” said Trujillo.

All because of the charred forests directly upstream from Las Vegas. A map from the forest service’s “burned area emergency response” team shows which areas were burned the worst.

“When you have a situation like this, on such an enormous scale, if you were to put a monsoon cell right over the top of this right now, it makes common sense all of that water is going to rush into the drainages rapidly,” said Ralph Lucas, operations section chief.

And those drainages merge into creeks, which merge into the Gallinas River, which runs through the heart of Las Vegas.

“Anyone in the immediate vicinity of the river, of course, is considered to be in a flood zone,” Trujillo said.

Trujillo says the city has already experienced massive floods — like this one in 2013 — but that was only after heavy rain.

Trujillo says the city is relying on state and federal assistance to put those flood protections in place. Something he believes shouldn’t be an issue after learning both the Calf Canyon/Hermits Peak Fires were started by the U.S. Forest Service.

Trujillo says a group of more than 100 experts and city leaders have been preparing for these floods since the fires first began. He hopes they can get everything installed before the monsoon begins.