RUIDOSO, N.M.- Wednesday marked the first day of a more than two-month-long closure of the Lincoln National Forest.

The 1.1 million-acre forest, which is spread across Otero, Lincoln, Eddy and Chaves counties and is widely known as the birthplace of Smokey Bear, will remain off-limits to the public until at least July 30.

“Right now, we made the decision to close the forest because we are seeing extremely dry conditions throughout the forest,” said Laura Rabon, public affairs director for Lincoln National Forest.

The U.S. Forest Service announced the decision Monday, which comes as wildfires continue to rip across the state, which is plagued by record-setting drought and dry conditions. 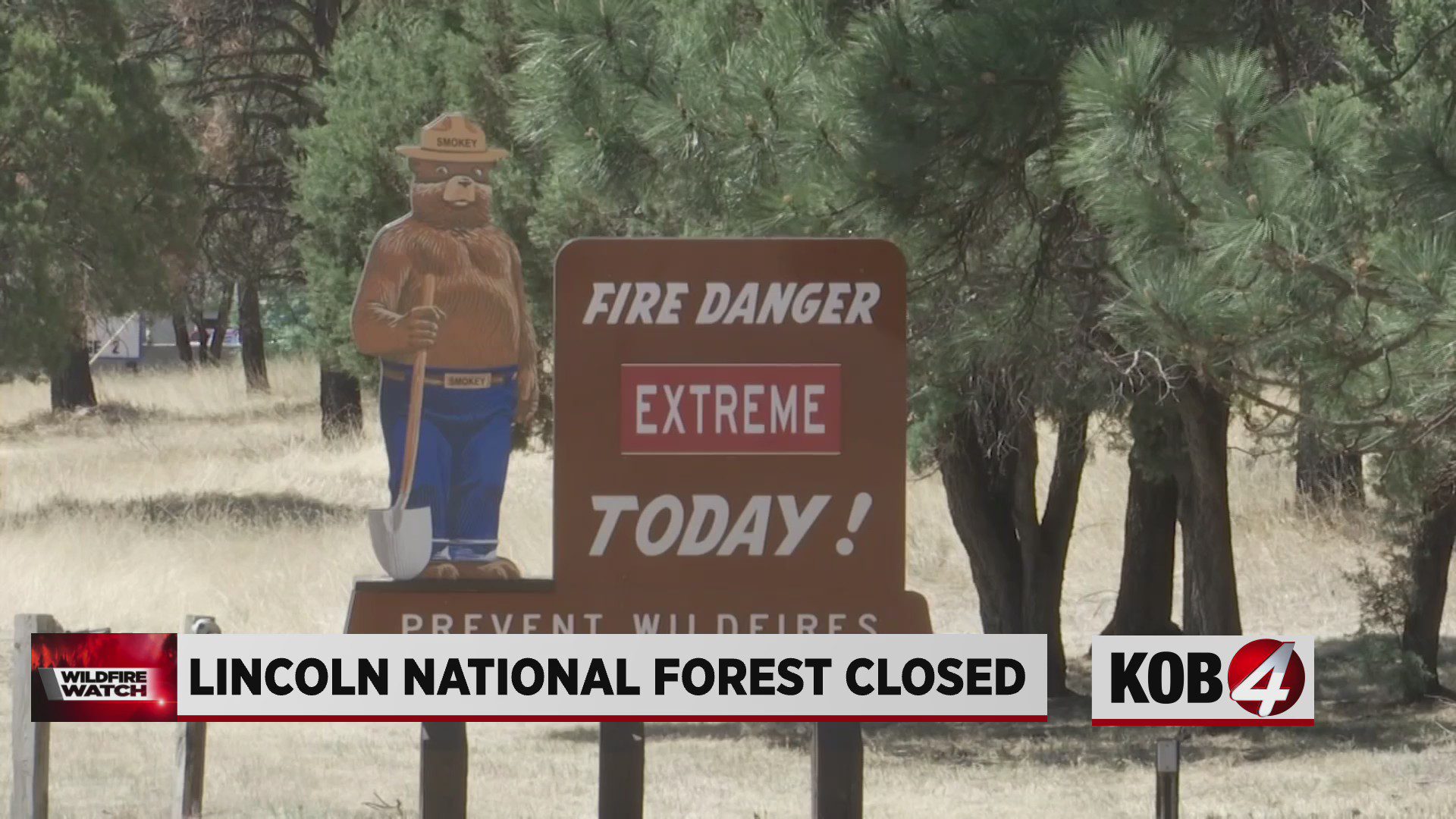 For now, the Gila National Forest in southwestern New Mexico is now open but operating under fire restrictions.

Rabon said Wednesday the decision to close Lincoln National Forest was a decision reached after weeks of discussion and taking into account a variety of factors.

“We measure the dryness out in the forest, we look at the ability for firefighters to respond should we get another fire, but we also take into consideration the local economies,” she said.

The temporary shutdown will likely have significant effects on places like Cloudcroft and Artesia, whose economies are heavily reliant on visitors during the tourism season. And it overlaps with the busy summer tourist season.

“I would say it is not uncommon for us to have hundreds of visitors on Memorial Day weekend,” said Camille Howes, the district ranger for the Lincoln National Forest Smokey Bear District.

She said her office has received many calls from people who planned to come to the forest.

“Many, many folks have called to inquire if this is going to affect them and of course, it is effecting all of us,” she said.

With the closure, Howes says, Forest Service personnel will now have more work, patrolling acres for people who might have come onto the land illegally.

“There’s only so much manpower and personnel, so this is definitely affecting our ability to carry on with some of our normal operations,” she said.

Should it rain, Rabon says the order closing the forest could be rescinded before July 30 should there be sufficient rainfall to make conditions less dry. But if the rain is sparse this monsoon season, the public could be barred from the forest for even longer.

For now, officials say the public is willing to accept the forest will be temporarily closed.

“People understand the dry conditions out there and they are willing to have the forest close for at least a short amount of time in order to preserve the forest for future generations,” Rabon said.