RUIDOSO, N.M. — For almost a month, most of the national forests have been off limits due to the heightened risks of fires that have scorched much of New Mexico.

At the Lincoln National Forest, for example, visitors have found themselves turned away by signs and barricades.

But the National Forest Service announced Thursday that at 8 a.m. Friday, people will once again be able to hike the winding trails and camp among the thicket of pines, while using the roads, campsites and recreational facilities of the forest.

In May, low rain fall and high fire danger prompted the U.S. Forest Service issued an order closing all 1.1 million acres of Lincoln National Forest to the public. Most public access was also suspended or fire restrictions were put in place at New Mexico’s other national forests.

The order initially stated that Lincoln National Forest could be closed until July 30. 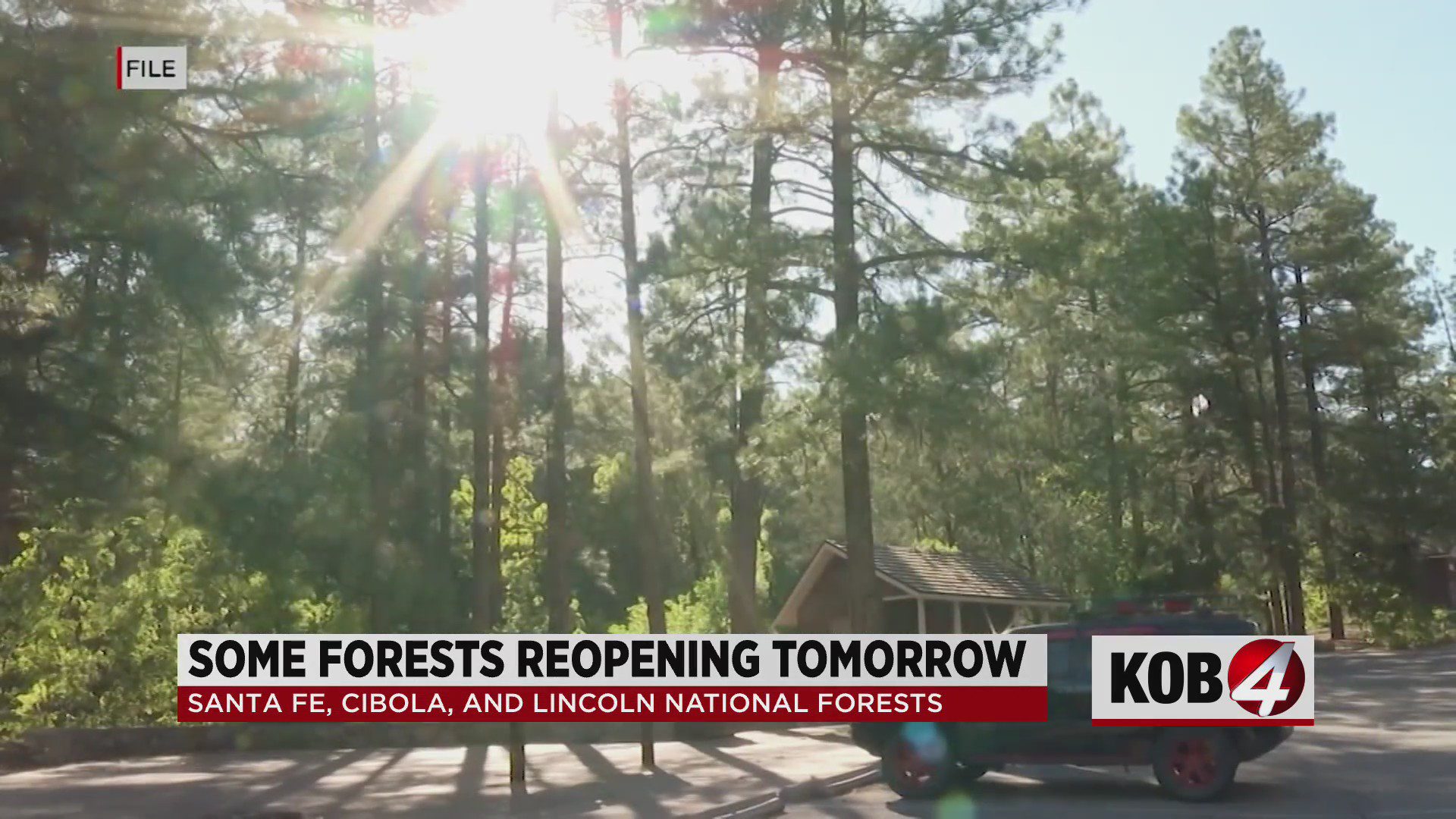 But nearly four weeks and early monsoon rains have changed everything.

‘We ended up getting early monsoonal rains that have really blanketed the forest with enough rain to lower our fire danger and allow us to reopen,” Laura Rabon, Lincoln National Forest public affairs officer, said.

In the last week and a half, she said, the forest which includes land in Otero, Lincoln, Eddy and Chaves Counties have received somewhere between two to four inches of rain, with some isolated areas in the forest getting as much as six inches.

Fire restrictions will be lifted and the fire danger level has been downgraded to “moderate.”

It’s a major reversal from this spring, when an early and intense fire season, when the McBride Fire had torched thousands of acres and killed two people in

Aside from rain fall and moisture levels in the forest, are the number of new fires and their potential to spread were factors in the decision to reopen the forest.

“In this case we are not seeing a lot of new fires and the small fires that we are seeing are small, they are not moving around in the forest very much,” Rabon said.

The reopening comes just in time for the 4th of July, when tourist from out of state and around the world come to the forest.

“The summer obviously tends to be our busiest time with the holiday weekends obviously attracting more visitors,” Rabon said.

However, she urges visitors to take measures to curb the likelihood of fires.

“We want all campfires to be cool to the touch before people leave and never leave an unattended campfire,” Rabon said.

Additionally, she urged visitors to bring back anything they take into the forest.