ALBUQUERQUE, N.M. – The crowd at Saturday’s game wasn’t sold out, but it appears the hype around Lobo football is growing.

The Lobos are now 2-1. Although they haven’t sold out any games, UNM is off to an optimistic start for their season.

“The student’s section was going crazy. Yeah, really exciting to see them to win because it’s kind of few and far between over the last few years,” said Zach Trischitta, a UNM student.

The Lobos had just over 15,200 fans who showed up for their win over the UTEP Miners. 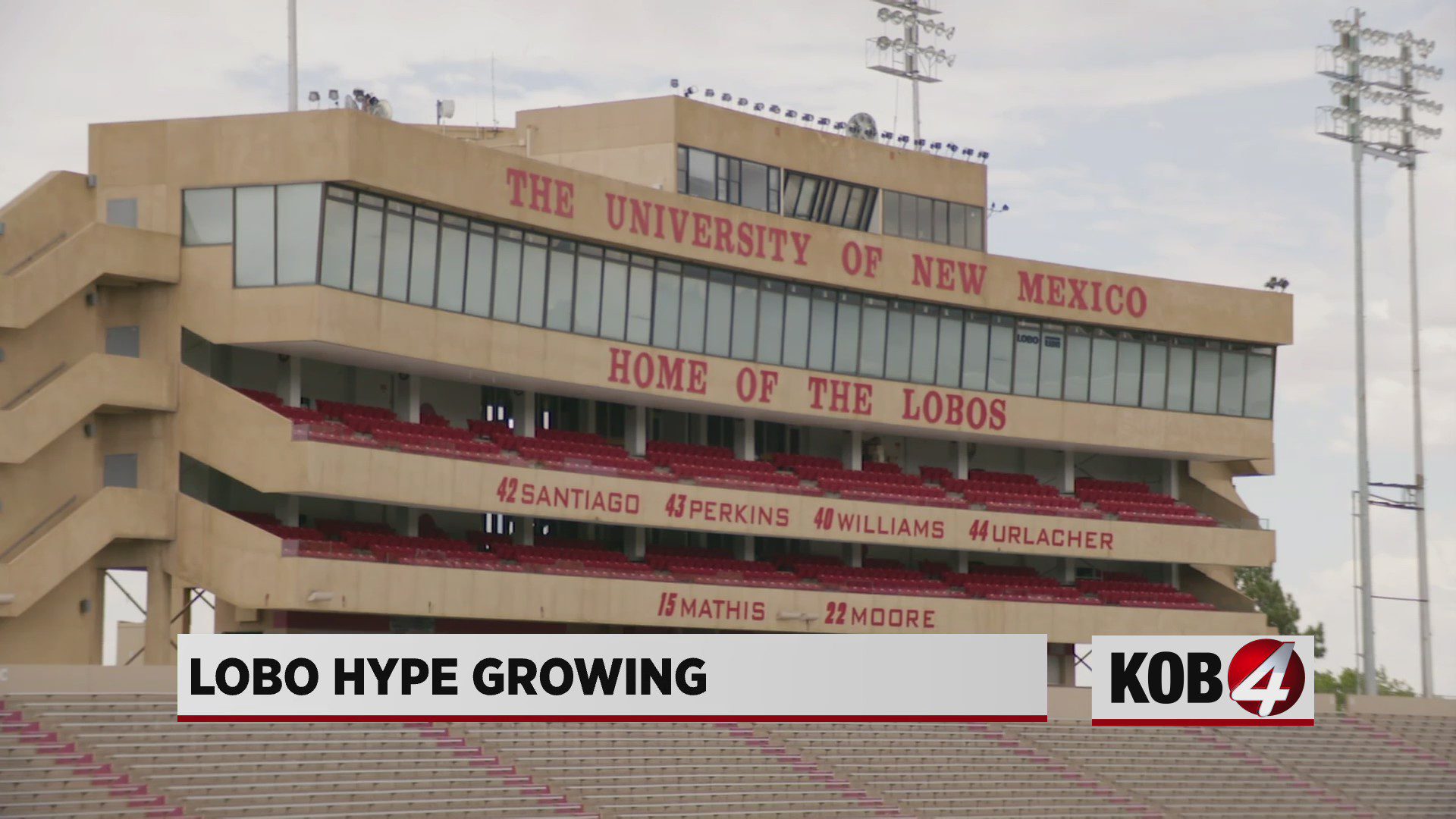 Last year, the attendance average for the season was about 14,000 fans. With recent marketing initiatives to help boost attendance, UNM is reinforcing its brand as a whole too — one way is with a new marketing partnership with the Sunport.

“When you look at the branding, the partnership, we want to help our city grow, we want our university to grow and to be able to have more things that represent our institution, our athletic department as well as our city,” said UNM Athletic Director Eddie Nuñez.

The Lobos have struggled with football attendance and their record the last few years, with COVID having a major impact on the whole operation. Gonzales came in as coach in December 2019, right before the pandemic.

Fast-forward to now, students seem to be enjoying the games.

“I feel like the student’s section is way more lit this year than it was last year. A lot of more people are turning out and I think we’re doing better this year, too,” said Lexi Bustillos a UNM student.

Some students who haven’t been to a game yet are looking forward to going soon.

“But like the people that rolled through my job, they told me that it’s been a lot better so that I should definitely go,” said one UNM student.

Overall, things could be heading in the right direction for Lobo football.

“Like if you live in Albuquerque, you gotta go to a Lobo football game. That’s kind of the feeling I get from going to the games and stuff,” said Eli’sha Upshaw, a UNM student.

The Lobos will play against Mountain West foes Wyoming on Oct. 8, so we’ll see if the Lobo fan base continues to show out in the next few months.