ALBUQUERQUE, N.M. – It was startling enough to see and hear a video posted to social media Saturday, but for students steps away from a shooting at Lobo Village, it has them too afraid to publicly speak about what happened.

“Last Saturday night, this happened, but it wasn’t this bad, like there were what seemed like 40 or 50 gunshots in just a few minutes period of time,” said one resident.

Gunshot holes could be seen in cars, walls, and windows.

One resident said the gunshots woke them up, again, because there was a similar shooting the week before.

These shootings are just the latest crimes at Lobo Village over the years. 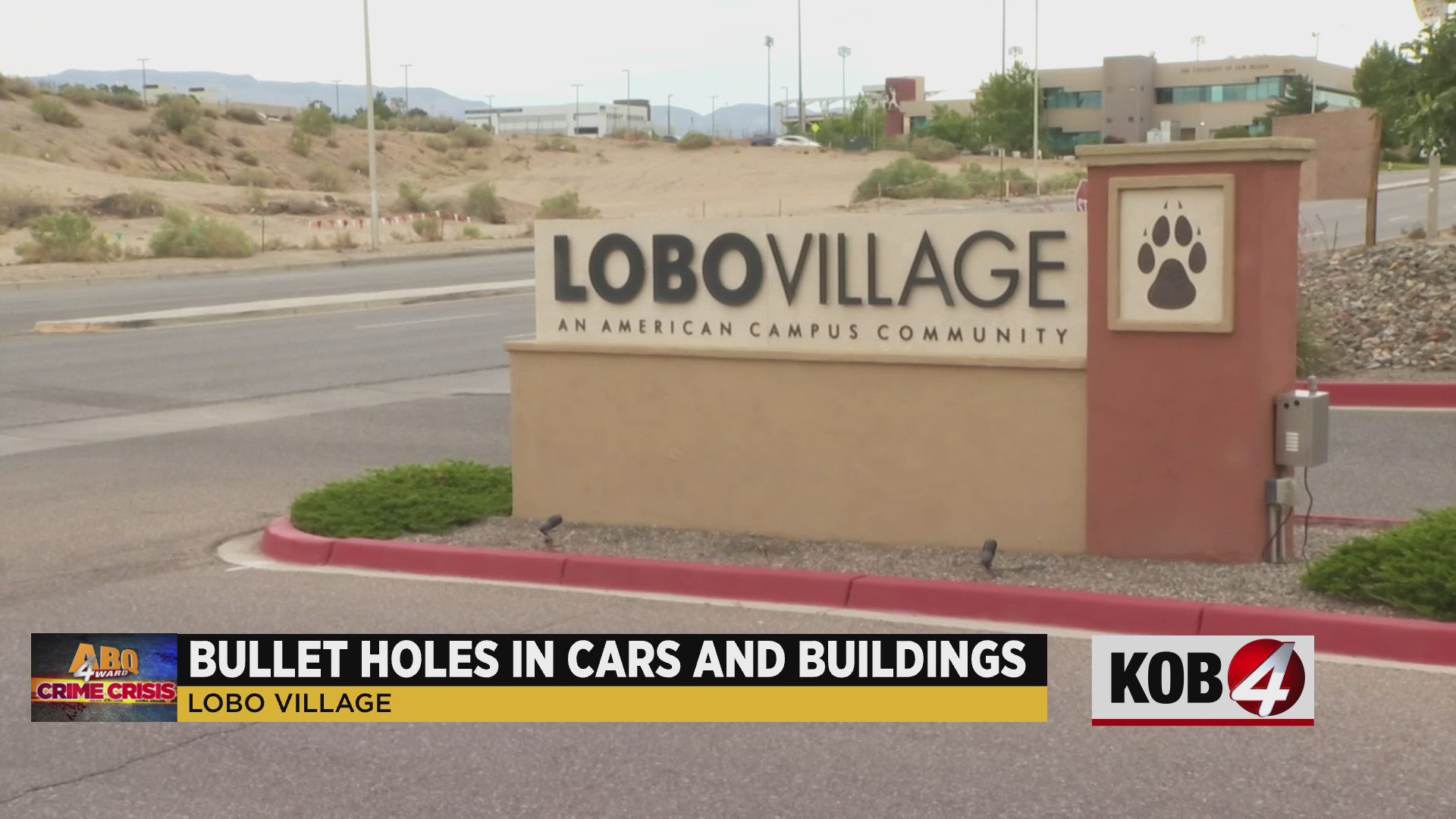 Other break-ins, fights, and violence have been well documented at the UNM Student Housing Complex.

The university sent out a statement Monday saying immediate action has been taken, including a strongly worded statement to all Lobo Village residents, reminding them weapons are prohibited.

But that hasn’t reassured many residents who said they’ve feared for their lives way too many times.

“I think a lot of people are terrified. It’s not just me. I mean, you can just see it in everybody’s faces. Like it’s a defeated thing,” she said.