ROSWELL, N.M. – The flames and smoke may be hours to the north, but the losses that farmers and ranchers who live and work near the Calf Canyon/Hermits Peak Fire have struck a chord with people like Bonnie Brainerd.

“I was just heartsick for all those locals. It is generational people up there who have been there for generations and have lost everything,” said Brainerd.

Her brother, who is a veterinarian who lives up in the burned area, has told Brainerd about the devastation. She says her brother’s home has not been touched by the fire. But a large family of agriculture producers who lived next door to him was not so lucky.

“They had four homes, now three of the four are gone,” Brainerd said.

But now Brainerd and others are turning that despair into action, having solicited donations of supplies for farmers and ranchers who need to feed their livestock and tend to their crops. 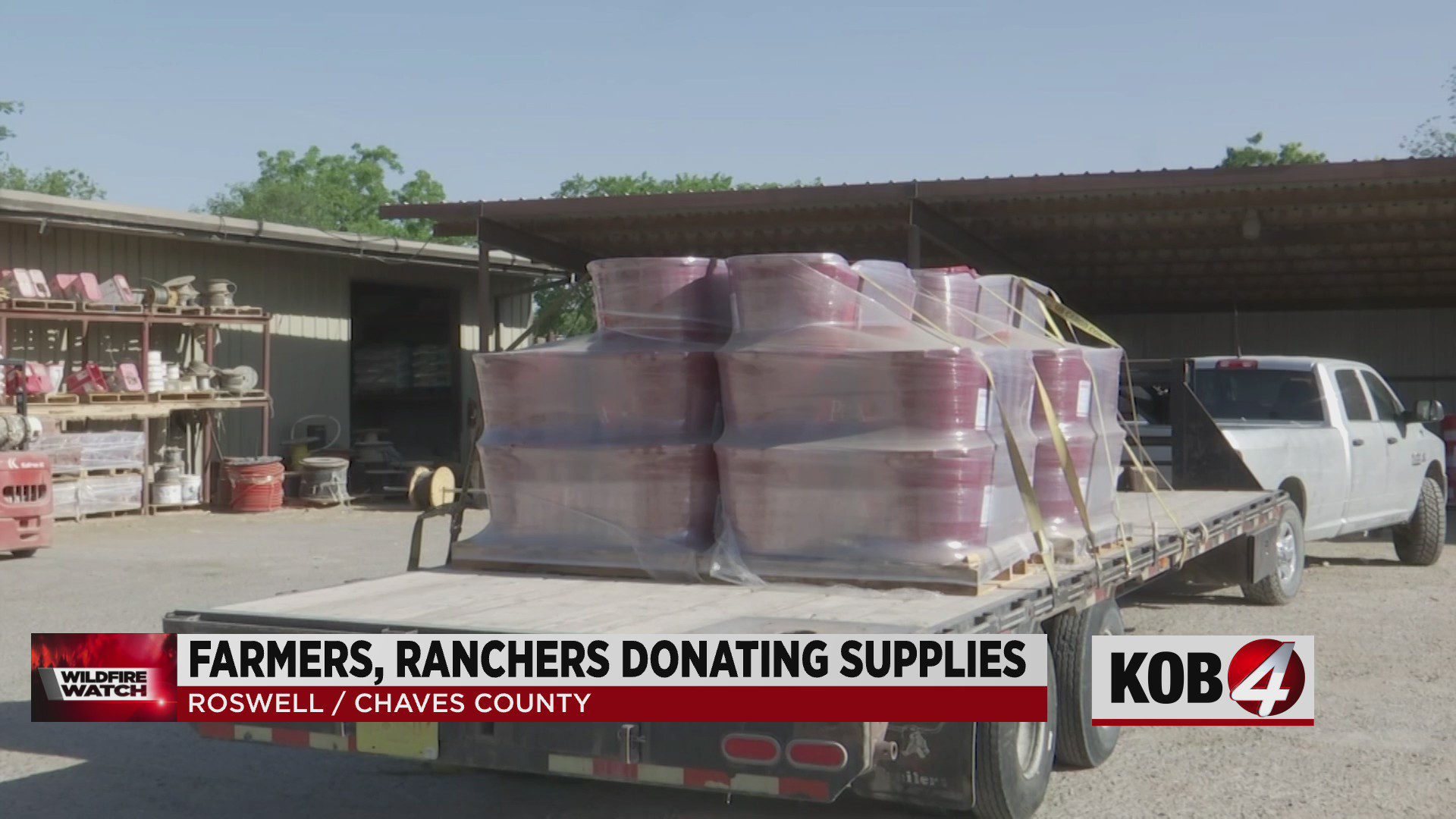 “There was a group of us who sent out an email and asked for donations so we could help with the relief out there,” she said.

Among those contributors is Roswell Livestock & Farm Supply, an animal feed and farm supply store in Roswell, which gave about $10,000 in goods to be distributed up north to agriculture producers who have had their harvests, animals, and property consumed by the fire.

On Monday morning on the lot behind Roswell Livestock & Farm Supply, a small contingent of volunteers dropped protein tubs onto the flat bed of a truck and fastened harnesses to secure the cargo.

Dale Rogers, owner of Roswell Livestock & Farm Supply, said this is his second truck load of supplies sent, and consists of about 12 tons of protein tubs and 3 tons of hay grazer.

The New Mexico Livestock Board will then direct the items to those in need.

“I know they have a hard time moving these cattle around and they are out of places for them to go and they need feed,” Rogers said.

Aside from actual items, people can donate money through the Hermits Peak Calf Canyon Relief Fund at Pioneer Bank. Proceeds will go towards purchasing more supplies and also cover the cost of transporting them.

Brainerd said the account, which she started, has so far received about $15,000 in donations.

She said the circle support extends beyond New Mexico, though. Such as an organization in Kansas that bought hay to be distributed to those farmers and ranchers who have already suffered great losses.

“That’s what New Mexicans do to each other. We are there,” Brainerd said.