LOS LUNAS, N.M. – A handful of residents in Los Lunas have been seeing multiple problems after closing on a home. On Sunday night, the developer responded.

Walking into the Christiansen’s new house, you would guess it’s still under construction, but they have been living there for nearly a month.

When Christine and Mike Christiansen started to look for a house in Los Lunas they were excited.

“We liked it, we liked the floor plan there was still some work that needed to be done of course, and they reassured us multiple times that it would be completed by close,” said Christine.

That’s the standard procedure according to the developers, the Hakes Brothers. 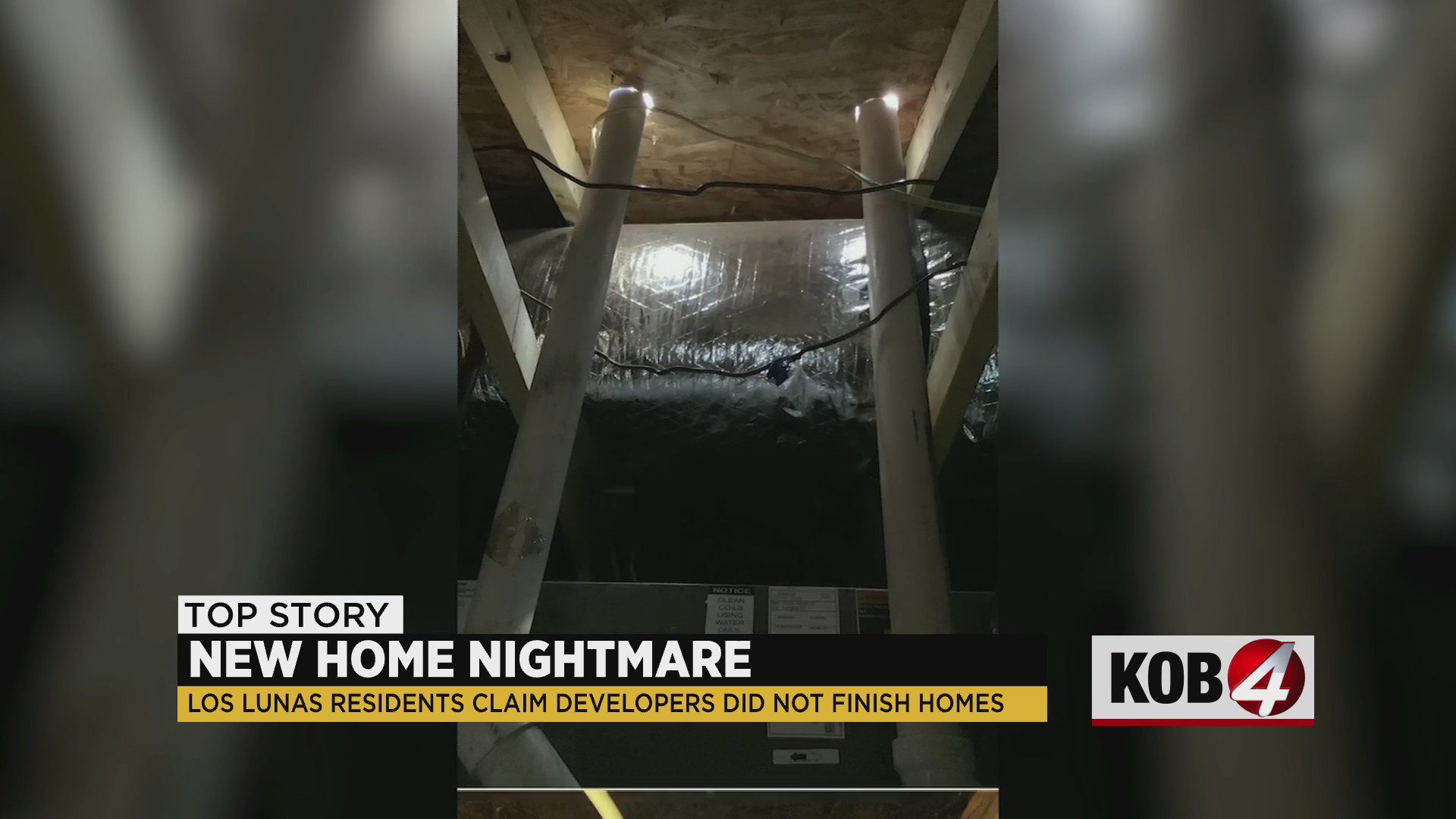 “It is possible for there to be minor items not done when people move into their homes, so that is not an abnormal thing,” said Chris Hakes, division president of Hakes Brothers.

But when they moved in it was not just minor items – the walls were not painted and the front door was beaten up. After they moved in, they noticed an even bigger problem.

“When we had finished moving in, we noticed the air conditioner was not working, it got to what, 84 degrees in here?” said Christine.

Thankfully, the Hakes Brothers repaired their AC quickly, but that’s when the couple hired a third party to do a full inspection.

Then they started to hear what issues their neighbors were having.

“If you look, you can see the water leaks through the side. We have been here five months, taken a shower and they told us your house is going to stink, and we don’t know how to solve that problem,” said Adrianna Knepper, homeowner.

So what happened to these new homes?

“In this situation, we did have one of our supervisors had some issues and the ball was dropped a little bit, but since we found out about it, the team has been working very hard to solve any items that have come up,” said Chris.

But the labor shortage continues to be an issue as homeowners say fixing these problems have been slow-going.

“Extremely frustrating, we have been told that they are going to get it fixed, they are going to make it right. I’ve had multiple people walk through my home to look, but still, nothing is being done,” said Mike Christiansen.

But the Hakes Brothers have promised all of these homes will be fixed.

Francisca added in the last year they have built nearly 300 homes and only a handful in Los Lunas have seen these major issues. But the homeowners who are facing these issues say that’s not comforting – they just want the houses they moved into to start feeling like a home and not a project.